with a class of young designers to create the ultimate costumes for the characters representing the cupcake dreams of Pinkalicious as she is in the throes of Pinkititis.

Here’s how they recall the fun session:

Why do you think the young designers wanted to take the class?

NANCY: There were kids in the class who had taken acting classes, and I think they wanted to try something new and to use their visual art creativity.  Some really loved the book and the characters and the concepts of PINKALICIOUS as well.

LYLE: All the kids who took the class seemed really interested in costume design and learning how to sew.

LYLE: The challenge was to re-design the Dancing Cupcakes for 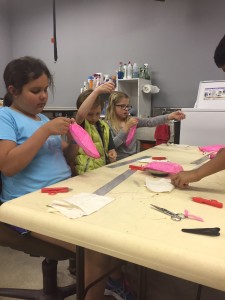 PINKALICIOUS. One cupcake was left as is with just some trim added to it. Two were designed from pictures I provided them of actual cupcakes. And one was a group design idea/concept.

NANCY: There was a great combination of individual and group ideas and sharing.  That is what theater is all about after all!

What do you think the participants got out of the class?

LYLE: The designers were taught basic hand sewing techniques. They also were taught how to identify certain types of fabric, and the importance of idea collaboration.

Nancy: I think Lyle was inspired by the kids — as usual.  These kids have so much to offer us!

Both agreed their favorite part was on the last day of the class. The students 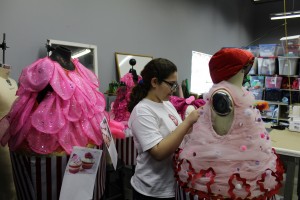 gave their parents a presentation which included describing the cupcakes, sharing what they named the cupcakes and talking about what each one of them contributed to the end product. They sounded like little designers! 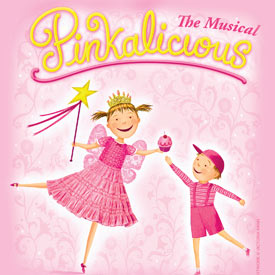 There’s no limit to young dreams and imaginations, and PINKALICIOUS packs a world of pink wonder into a musical that will be so much fun, you’ll never forget it or its life lessons. Check out PINKALICIOUS at DCT June 17 – July 17. For tickets, go to dct.org.