And now a word from our friends at Free Play…Arcades are they!

“I have the most wonderful memories from childhood of my mother bringing my little brother and I to El Centro or The Crescent to see Dallas Children’s Theater shows. 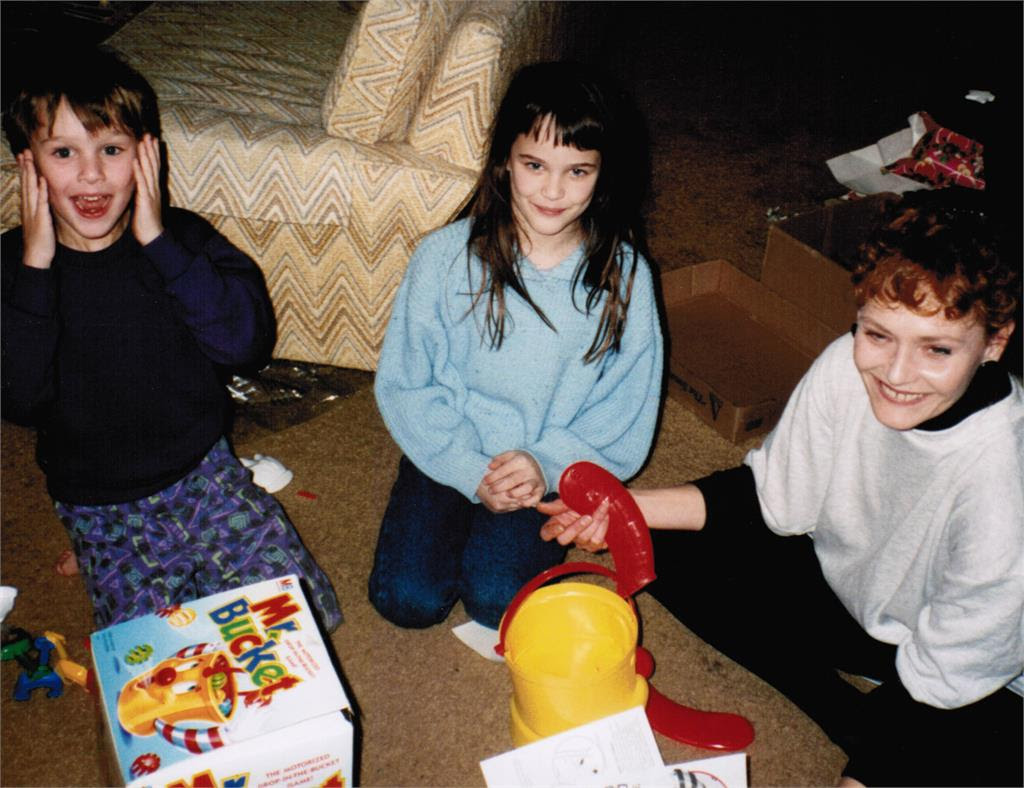 Kelsie, her brother, and mom

I remember watching precocious Scout grow a friendship with Boo Radley. To Kill a Mockingbird later became my favorite book and started the long chain of events ending with me becoming a lawyer. I remember another one about a little boy with hemophilia that caused me to reflect on how important it is to learn about things we don’t understand, instead of just being afraid. And even though I can no longer recall any further details about the play itself, there was one with a Jewish mother, whose accent my brother and I found incredibly charming. 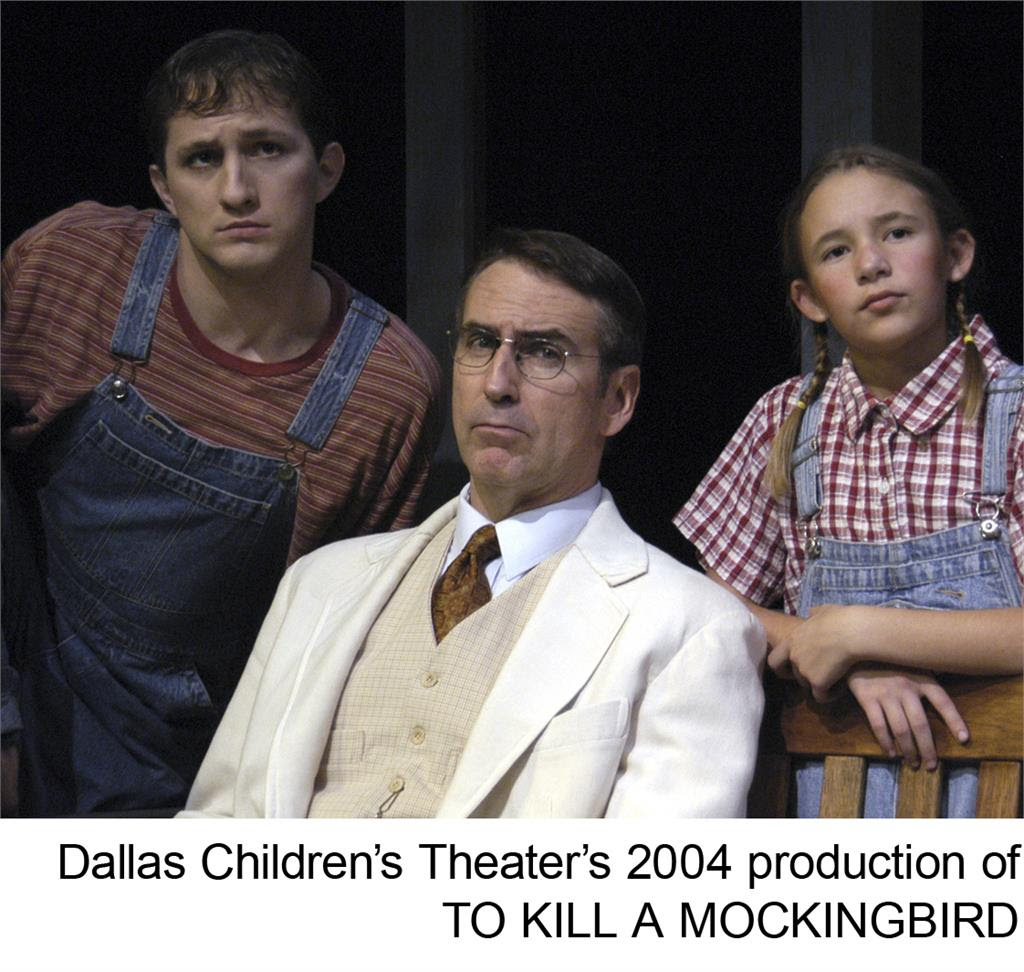 In the car on the way home, my mother surprised and delighted us both by imitating her lines perfectly! It turned out that in a former life, our mother was a speech coach who specialized in accents – every time we thought about it, for years and years we would beg her to repeat this one line again and again and when she acquiesced, it was always a joyful occasion. 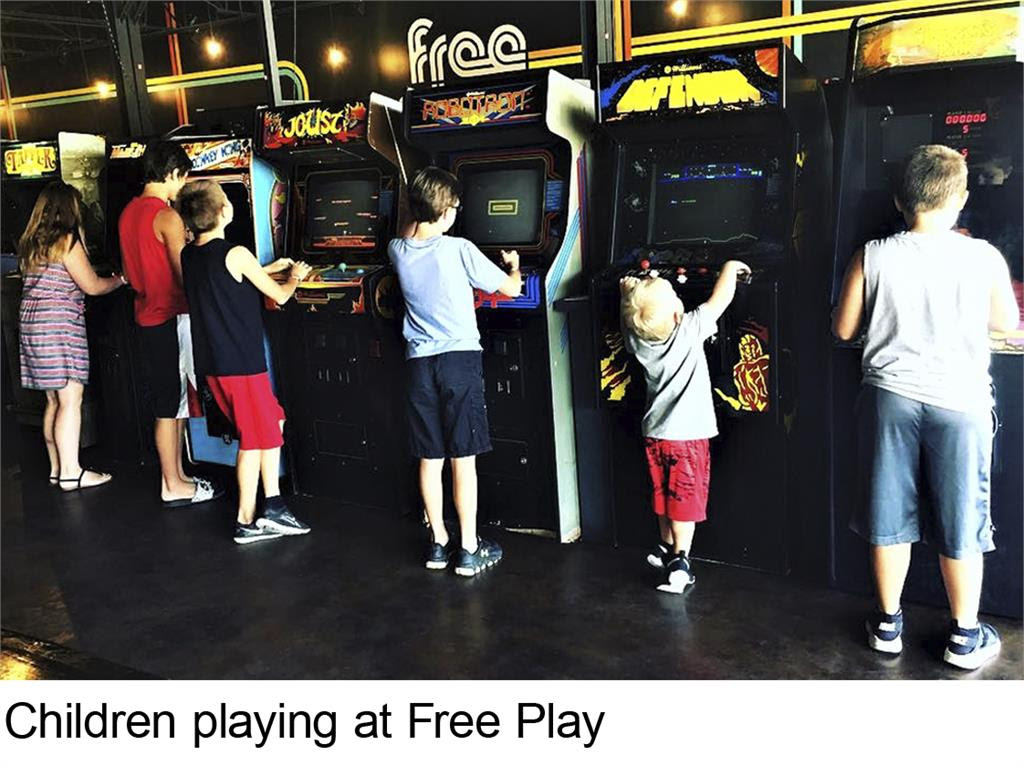 All of these memories were locked away in an all but forgotten and dusty corner of my mind when Rachel Wells, with Dallas Children’s Theater, got in touch with us about a most exciting project – their production of SCHOOLHOUSE ROCK LIVE! The memories flooded back, both from Dallas Children’s Theater and my Schoolhouse Rock watching days…Conjunction Junction….Electricity…Interjections….it put an instant smile on my face – which is the power of nostalgia! 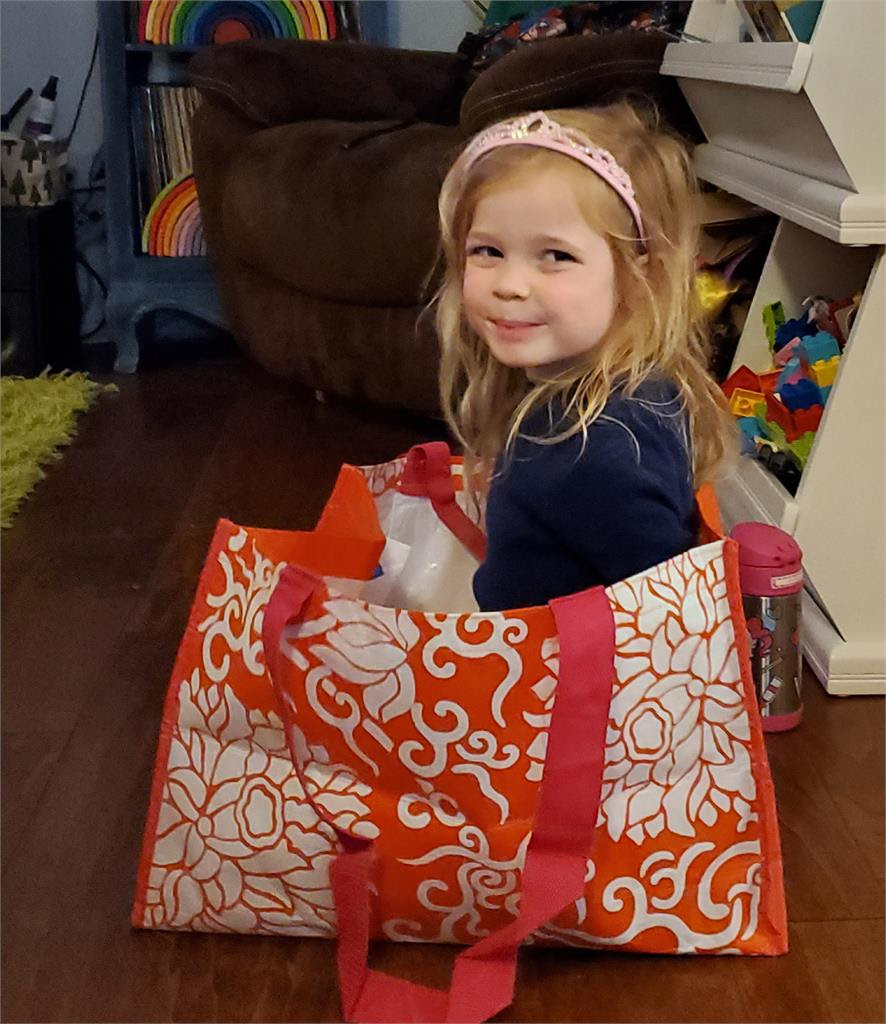 In many ways, nostalgia is now my business. My husband Corey and my brother Richard and I own and operate Free Play – originally one, but now four and counting nostalgia-infused retro arcades in DFW, where we, along with our amazing staff, work tirelessly to give customers the chance to play all the great arcades and pinball machines from the 80s and 90s in incredible atmosphere with top-notch food and drinks. An added bonus to the business has been the unprecedented pleasure of sharing these amazing games from my childhood with my children (and discovering new ones together)!

I really thought things couldn’t get any better, but now, thanks to the Dallas Children’s Theater, I also have the opportunity to share even more blasts from the past with my kiddos. We saw THE VERY HUNGRY CATERPILLAR CHRISTMAS SHOW recently, and not only did the kids LOVE it, but our 3 year-old daughter has been putting on plays for us in our living room ever since. 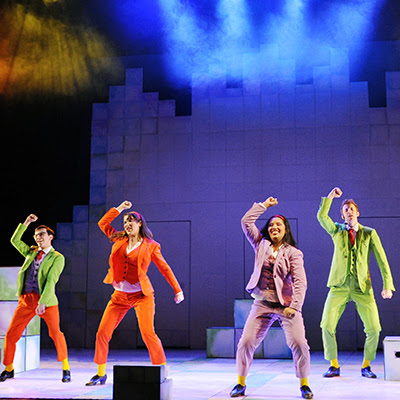 And I positively cannot wait to relive all those amazing songs – I can almost sing them from memory (but I promise I won’t!). It doesn’t hurt that the entire point of Schoolhouse Rock was to present super educational, sometimes difficult information in an easy-to-understand and love format – the parent in me loves it just as much as kid me did! 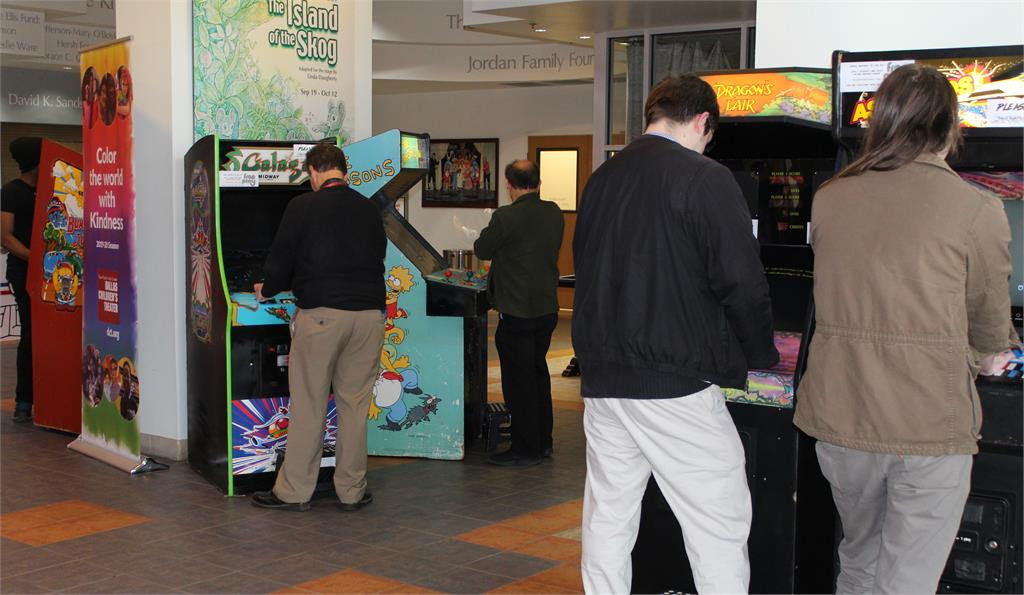 Arcades in the DCT lobby

I am counting the days until I am sitting there in the theater with my son, sharing the experience of Schoolhouse Rock with him! Join us – and while you are there, take a spin on one of the retro arcades – maybe Teenage Mutant Ninja Turtles? Or is Galaga more up your alley? – hanging out in the lobby before the performance!” 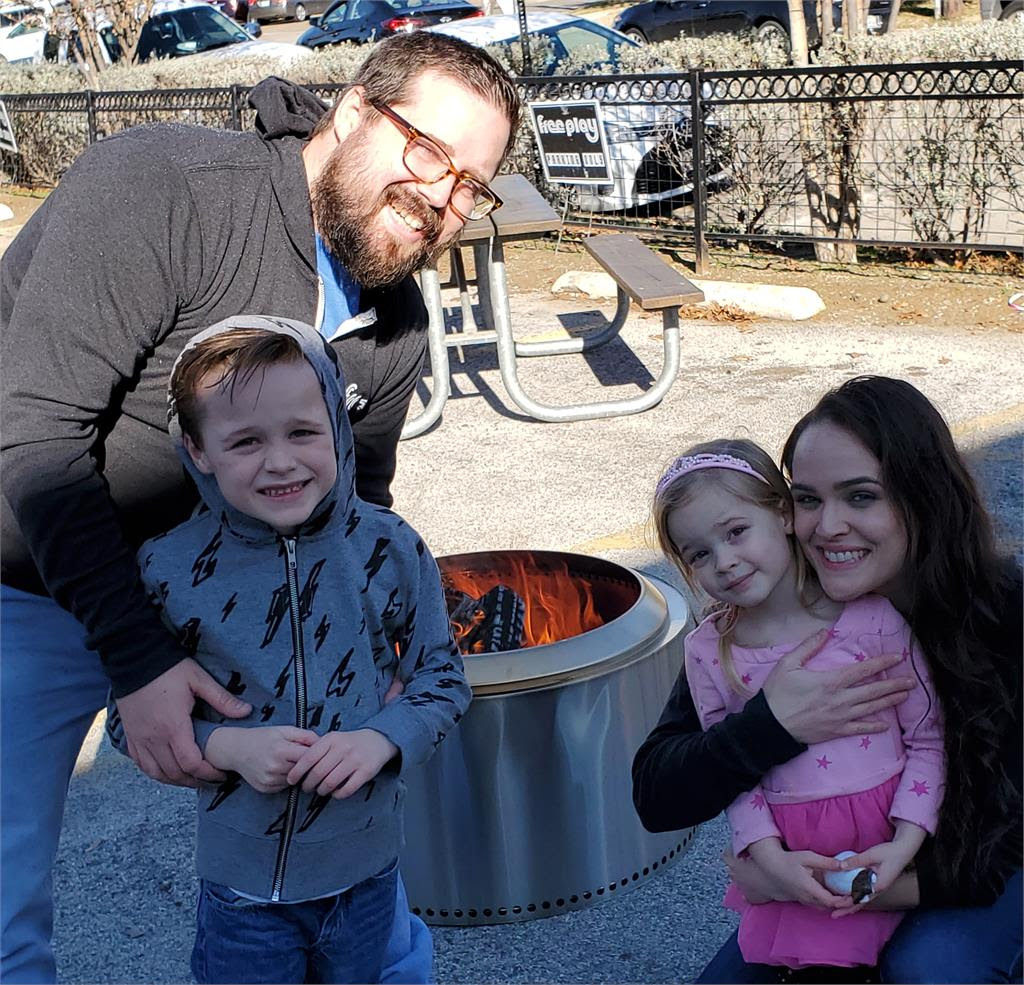 Kelsie Hyden owns Free Play with her husband Corey (pictured) and her brother Richard. Also pictured are Kelsie’s son and daughter, Sterling and Zoe. Free Play Arcade is DFW’s most acclaimed retro arcade. With locations in Richardson, Arlington, Denton, Ft. Worth, and a new location coming to Dallas next year, every aspect of Free Play, from its games to its bar to its kitchen, has been celebrated by the press, nostalgia-seekers, gamers, and fun-seekers alike. Awarded Best Arcade by Ft. Worth Weekly, Dallas Observer, and D Magazine (in addition to a half-dozen awards for its bar and food), Free Play strives everyday to be the “best arcade ever”. For more information, go to http://freeplayrichardson.com/. Also learn about their Dallas location, opening soon!