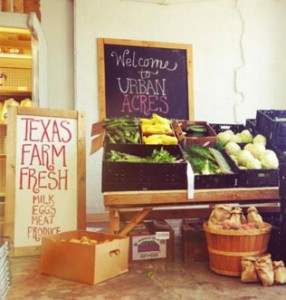 (Written on March 2, 2014 before the weather bottom really fell out in Dallas.)

I have heard that if you don’t like the weather in Texas, just wait two hours and it will be different.   But after spending four and a half hours in the car recently to go ten miles due to the crazy weather conditions, I’m starting to think this might just be a saying, and not actually scientific fact.

To be sure, this mom has never been more ready for spring. The FB parent groups were hysterical over the weekend with “what do we do with our kids?”  Everyone was trapped at home for several days and running out of things to do.  There were lots of great suggestions: homemade play dough, finger painting, baking cookies, but after a few hours, we were feeling desperate again.  My boys invented a game called “pillow boxing”and I was all for it, but in the end, it was hard work competing with the satisfaction both parent and child feel getting outside!

It’s not like fun winter weather, either.  There’s no sledding, no snowballs, and even if the snow had stuck, we don’t have those kind of winter clothes here.  We’d have to resort to the ziplock bag over mittens (or vice versa) for them to even be able to touch the snow without getting sick.

Next week is spring break, but I still can’t stomach the idea of sending them outside.  The “grass” is a brown wet bog of mud and straw that will most likely turn to quicksand if they step on it. 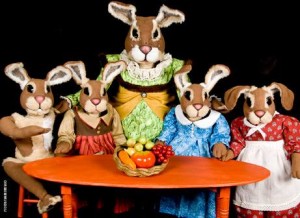 This year I’ve decided to pay no attention to the groundhog. Instead I’m going to listen to the rabbit.  That’s Peter Rabbit.  Nothing looks  more like spring now than Mr. McGregor’s garden.  The vegetables are colorful, vibrant, and they are so happy spring is here, and they will tell you themselves in this most fun version of Beatrix Potter’s cautionary tale.

Sometimes when the outdoors isn’t cooperating the way we want it to, you have to create the ideal outdoor world inside, and that’s what DCT has done with THE TALE OF PETER RABBIT.  So if you don’t like the weather in Texas, just wait until March 13 and join us at DCT for some springtime fun with your favorite naughty bunny.

Not only will we have talking vegetables on March 13’s Opening Night, but Urban Acres Farmstead will have some actual organic vegetables for kids to 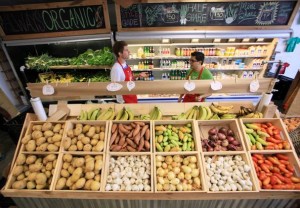 hold and information on the process that brought them to life.  I can’t wait for my picky eater to actual hold a vegetable in the flesh.  Think of it as a petting zoo for veggies.  Kids may say vegetables aren’t fun, but they’ll definitely change their mind after one night on the farm with Peter Rabbit.  Please join us for the opening or any time during the run.  Shows run through Easter Weekend-April 4 and 5! For more information or to purchase tickets, click here.

P.S. For pillow boxing to work, they have to use full-size bed pillows with pillow cases.  Couch pillows don’t have nearly the same destructive effect, trust me.