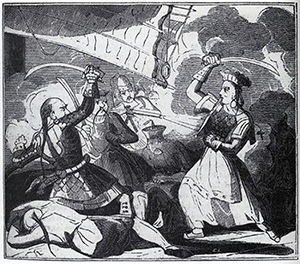 Pirates are everywhere these days. International “Talk Like a Pirate Day” was a few weeks ago (did you celebrate?). Halloween is around the corner – a night you are guaranteed to see at least a few different pirates vying for candy. And, of course, DCT’s TREASURE ISLAND Reimagined! is playing right here in Dallas! 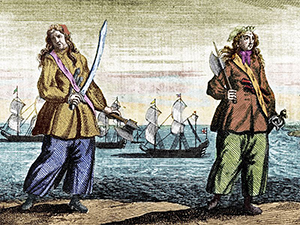 Pirates intrigue me, just as they did when I was a young girl and as they do my own children now. Did you know there are many infamous women pirates? Women like Cheng I Sao who commanded with her pirate husband and, after his death, her own fleet of ships in the 19th century? Or Anne Bonny and Mary Read who met aboard Calico Jack’s ship in the 1700s and proudly fought alongside one another? And, I can’t forget Grace O’Malley who gave birth to one of her children while on a pirate ship during the 16th century (legend has it that she fought in a battle one day later). 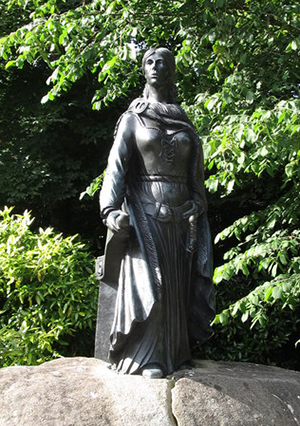 Although I hope my children don’t pillage like pirates, I do hope they learn something from these women: they fought for what they wanted, were bold in their dreams, and pursued a life of adventure!

Check out the following websites for more information about female pirates (just to warn you, these women were authentic pirates and not all the info is child-appropriate):

The Swashbuckling History of Women Pirates

If There’s a Man Among Ye: The Tale of Pirate Queens Anne Bonny and Mary Read