Growing up Junie B. 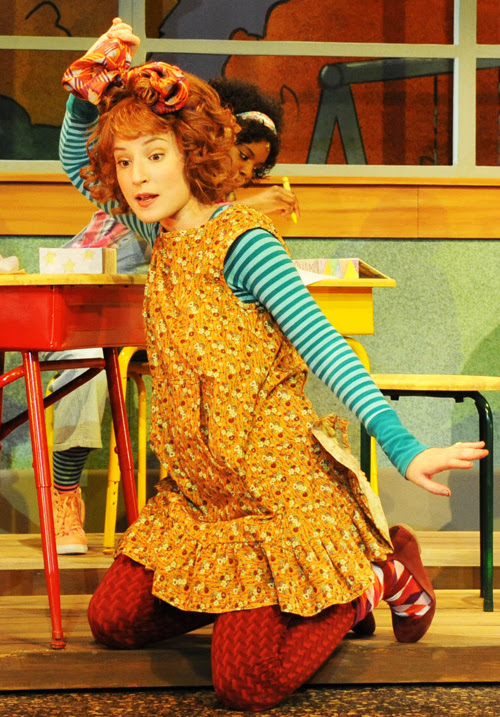 I’ve been privy to some “behind the scenes” conversations about kids via teachers of kindergarteners through fourth grade, and the one thing I’ve learned is that these kids are ALL so very different. As DCT prepares for JUNIE B.’s ESSENTIAL SURVIVAL GUIDE TO SCHOOL, I think about all the kindergarteners and first graders I know, and she is just like them – very different.

In the early Junie B. books, Junie B. is a kindergartener. Kindergarten is like the adolescence of childhood in that it’s a big transition from being a baby to being a kid. Your brain is in overdrive as it takes in information from every direction, and Junie B. is smart and confident, and eager to use her new information as soon as possible. She doesn’t always think things through before she acts on them, but that’s part of being a kid that just finished being a preschooler. She’s a work in progress. 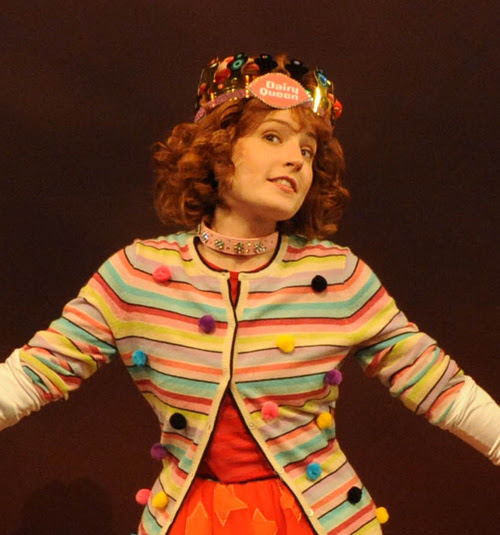 In our new JUNIE B. play, Junie B. is now a “mature” first grader, more aware of her actions, and eager to impart her hard-won knowledge. She has new glasses, new friends, and newer insecurities – she’s at that awkward stage of life where she’s really learning to compare herself to others, and learning when to step in or out of the spotlight. She’s wants to be the outright best at absolutely everything – all world-wise and knowledgeable…at age six. Like many first graders, she wants to help, but doesn’t always want to listen. Kids don’t always know what to do with anger or jealousy; especially a kid like Junie B. who marches to her own beat. In JUNIE B.’s ESSENTIAL SURVIVAL GUIDE TO SCHOOL, we see her most “horrid” self in the form of the bull, El Toro Fabuloso: a character she’s created to represent her temper. Much as she tries to use this character to take responsibility for those complicated feelings, it’s Junie B. herself that has to learn to manage them. Here begins the journey of the lesson she must learn.

One of the things I hear when teachers are talking about kids is, “She’s got a MOUTH on her!” This could mean many things. Some of the kids just outright cuss like sailors, but more often than not, it’s about back-talk. I’ll be frank, Junie B. is sassy sometimes, and her mouth often works faster than her brain. This is when we have to be reminded of how young children learn vocabulary. I go into a kindergarten classroom and everything is labeled. Chair.Table.Desk.Door. You get the idea. 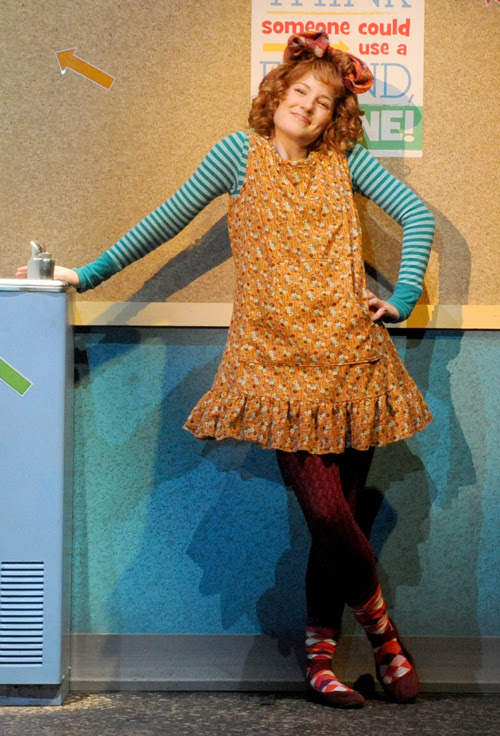 The elements that aren’t labeled are feelings, concepts, ideas; the things that are inside that we can’t see. These things are more difficult to communicate, especially when our vocabulary is new and limited. This is when an eager, outspoken kid like Junie B. reaches for the newly-acquired vocabulary words she knows. They don’t always fit, but again, Junie B. is a bit of a square peg.

The cool thing about Junie B. is she doesn’t mind a bit. She’s fine with being different, and that’s one of the best lessons we can learn from her. She surrounds herself with colorful, multi-faceted friends who are as different as she is, and they remind us how balanced our Junie B. really is. If we could all have non-judging friends like Junie B.! 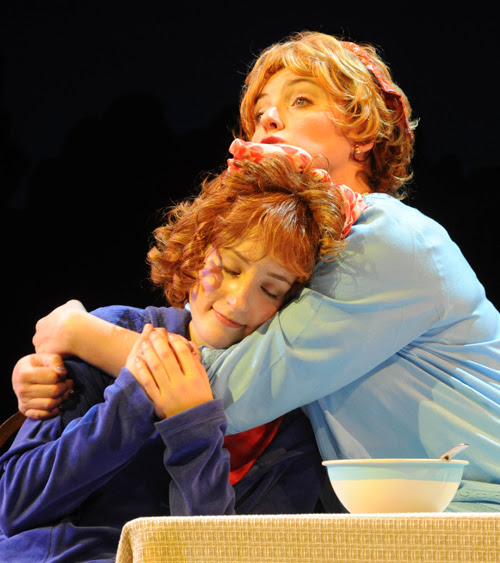 She has a lot to learn, as all five and six-year-olds do, and our kids will have so much fun watching her make mistakes. My kids will sneak a peek at me while they’re laughing to see if I just noticed what she said and if it’s okay that they laughed. I’ll smile at them. Then, we’ll have a great conversation about how she fixed her mistakes, and how we have to think before we act and even think before we speak, because words and attitudes are important. I think Junie B. can teach this to our kids much more powerfully than a lecture on behavior.

JUNIE B.’s ESSENTIAL SURVIVAL GUIDE TO SCHOOL is a great alternative to a lecture, filled with all the parts of growing up – a young kid on the road to discovering the recipe that is her life and who she is. As parents and onlookers, let’s remember to do what we can to give them the freedom they need to ultimately get it right. Running September 24 to October 30. You’ll have to see it to find out what happens with El Toro Fabuloso. Get your tickets today at dct.org.

Originally written by Sherry Ward and updated by Joanna Coogan. 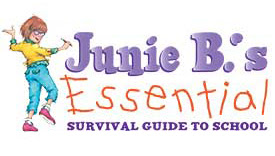 September 24 – October 30
Recommended for ages 5 and up

Listen up, I tell you! Junie B. Jones is back, and she’s got some advice to give…eventually. It was her brilliant idea to put together a survival guide for next year’s students, but now she’s at a total loss for what to add to it! It doesn’t help that all her friends are full of cool ideas and dance numbers. How’s a girl supposed to deal with all this competition? Hilariously, of course! In this musical extravaganza great for back-to-school time, Junie B. Jones learns some important lessons about school, patience, and personal growth. This play is perfect for fans of Junie B. and newcomers alike!