Kathy Burks’ celebrated troupe melts hearts with FROSTY & FRIENDS. In this endearing tale, a lonely frozen figure named Frosty hopes to make a difference during the season of giving. While searching for his own ways to help Santa, Frosty meets a kind snowy owl and a friendly reindeer who are happy to spend their cold winter days with his gentle soul.

Now, meet the puppeteers and voice actors behind the magic! 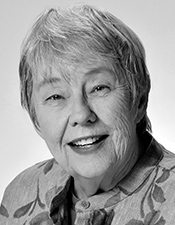 KATHY BURKS
(Voice Characterization)
Kathy is a native Dallasite who has been involved continuously in the Metroplex arts scene as a musician, actress and theatrical producer. In 1976, she established the Haymarket Theatre in Olla Podrida, where she produced numerous plays and puppet presentations through 1982. She first brought her acclaimed production of The Nutcracker to DCT in 1996 and followed that the next season with Not a Creature Was Stirring. Later, she added Hoot Owl Hootenanny, The Frog Prince, Rumpelstiltskin, Winnie the Pooh, Carnival of the Animals, and The House at Pooh Corner to her DCT repertoire. Kathy Burks Theatre of Puppetry Arts, founded in 1973, continues to be a dynamic and beloved force in the artistic community of the Metroplex, and a valued member of the DCT Family. You may also remember Kathy Burks World of Puppets, which produced shows at Six Flags Over Texas. 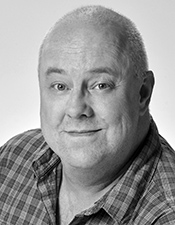 DOUGLASS BURKS
(Puppeteer / Voice Characterization)
A veteran of Dallas area theater, Mr. Burks has worked with Dallas Children’s Theater for many years as an actor, stage manager, sound designer, and director. He is a founding member of the nationally acclaimed Kathy Burks Theatre of Puppetry Arts (KBTPA) and has earned the distinction of Master Puppeteer. His directing credits for KBTPA are numerous and include Carnival of the Animals, The House at Pooh Corner, Hansel and Gretel, The Tale of Peter Rabbit, The Snow Queen, Frosty & Friends, and Hoot Owl Hootenanny. Other directing credits include The Hound of the Baskervilles for Eastfield College and DCT’s national tour of Young King Arthur. A popular actor with DCT audiences, Doug will be remembered for his many appearances on the DCT stage, which include The Giver (The Giver), Goodnight Moon (Larry the Tooth Fairy),James and the Giant Peach (Old Grasshopper), Peter Pan (Captain Hook), Young King Arthur (Merlin), The Emperor’s New Clothes (the Emperor), The Mummy’s Claw (Sir Nevil Blore), Jungalbook (Baloo), Holes (Mr. Sir), and Treasure Island (Long John Silver). He also portrayed the title characters in Frankenstein, The Reluctant Dragon, and The Canterville Ghost. In the 2015-2016 season, he directed DCT’s National Touring Production of The BFG (Big Friendly Giant). 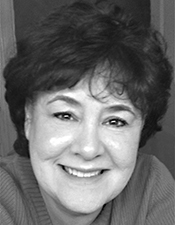 SALLY FIORELLO
(Puppeteer / Voice Characterization)
Sally joined the artistic staff of Kathy Burks Theatre of Puppetry Arts in 1973. Since then, she has earned the distinction of Master Puppeteer and serves as the company’s technical director and senior production designer. Her credits as a puppeteer, character voice and designer are numerous and include The Nutcracker, Not a Creature was Stirring, The Frog Prince, Carnival of the Animals, Hansel and Gretel, The Tale of Peter Rabbit, The Snow Queen, Young King Arthur, Beauty and the Beast, and Frosty & Friends. Sally has also appeared in other DCT productions including The Miracle Worker (Aunt Ev); Bless Cricket, Crest Toothpaste & Tommy Tune (Gran); The Velveteen Rabbit (Mistress, the Monkey); The Neverending Story (Urgl); and hard 2 spel dad (Mrs. Donahue). Her other professional credits include production designs for numerous local theater companies and lighting for the off Broadway touring production of Patio/Porch. When not onstage, she proudly serves as Producing Director of National Tours for DCT. Ms. Fiorello is a recipient of the Dallas-Fort Worth Theater Critics Forum Award. 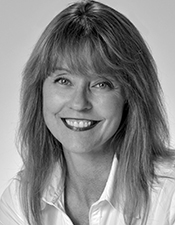 BECKY BURKS KEENAN
(Puppeteer / Voice Characterization)
Becky is a founding member of the original troupe of Kathy Burks Theatre of Puppetry Arts. At 10 years of age, she began to learn the skills of puppetry, and later earned the status of Master Puppeteer. A mother of four and now proud grandmother of one, she continues creating voice characterizations and performing as a puppeteer for numerous Kathy Burks productions seen at DCT. Among her many puppet roles, Becky has created voices in The Snow Queen(The Princess), The Tale of Peter Rabbit (Peter), Hansel and Gretel (the Ginger Witch), The House at Pooh Corner (Piglet), Young King Arthur (the Dragon), and Beauty and the Beast (Joy). She has also performed at Six Flags Over Texas with Kathy Burks World of Puppets in Sara Jane Armadillo Superstar and Santa’s Wonderland. 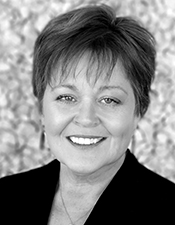 TRISH LONG
(Puppeteer)
In 1981 Trish joined the staff of Kathy Burks Marionettes and the Haymarket Theatre Company. She is a Master Puppeteer, an actor, and a designer. At DCT she has created voice characterizations in The Snow Queen (Kay), The Nutcracker (Fritz), The Tale of Peter Rabbit (Cotton-tail), and Beauty and the Beast (Hope). She has puppeteered productions of The Snow Queen, The Nutcracker, Not a Creature Was Stirring, The Frog Prince, Rumpelstiltskin, Hoot Owl Hootenanny, Winnie the Pooh, The House at Pooh Corner, Carnival of the Animals (2007), Santa’s Holiday for Strings, and Frosty & Friends. She has also appeared as an actress, sans puppets, in DCT’s Babe, the Sheep Pigand The Velveteen Rabbit. Trish is DCT’s Marketing Director. 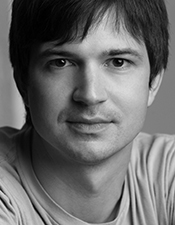 SETH MAGILL*
(Voice Characterization)
Seth is pleased to be reprising his voice characterization of Frosty the Snowman. Other memorable roles at DCT include Pinkalicious, The Musical (Mr. Pinkerton); The Secret Garden(Archibald Craven); Treasure Island (Billy Bones/Israel Hands); and Kathy Burks Theatre of Puppetry Arts’  Winnie the Pooh (Winnie). He was last seen on the local stage in Shakespeare Dallas’ production of She Stoops To Conquer (Marlow), and he most recently performed as Chase Spacegrove in an On The Eve staged reading at Joe’s Pub, NYC. His other local productions included roles with Dallas Theater Center, Kitchen Dog Theater, and the Dallas Symphony Orchestra. Seth is a co-writer of the new musical On The Eve, which is working towards its first New York production, in cooperation with Theatre C and Tony nominated director Sam Buntrock. 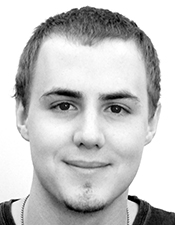 ZIGGY RENNER
(Puppeteer)
This season marks Ziggy’s 12th year of puppeteering and working with Kathy Burks Theatre of Puppetry Arts. Other productions include The Snow Queen, Young King Arthur, Beauty and the Beast, Carnival of the Animals, The House at Pooh Corner, The Nutcracker, The Tale of Peter Rabbit and Jack and the Beanstalk. He was also a featured puppeteer with Kathy Burks World of Puppets at Six Flags Over Texas. A Dallas native and veteran technician with Dallas Children’s Theater, Ziggy also lived for two years in St. Paul, MN where he worked with such prestigious organizations as the Guthrie Theater, Children’s Theatre Company, Stages Theatre Company, and Off-Leash Area. During the 2015-16 season, he traveled the country as the audio engineer and Assistant Technical Director for DCT’s national tour of The BFG (Big Friendly Giant), and he most recently served as the Technical Director for A.C.E.’s national tour of Girls Only, The Secret Comedy of Women. Ziggy has also worked extensively with Shakespeare Dallas, Lone Star Circus, and Dallas Theater Center. 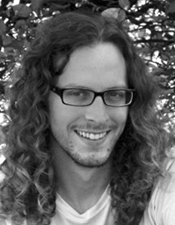 JEFFREY STANFIELD
(Puppeteer)
Jeff is a puppeteer and performer who graduated with a BFA from Texas Christian University. You may have seen him under the open sky at Fort Worth’s Hip Pocket Theatre, appearing in such works as The Land of Oz, In Watermelon Sugar, The Lake Worth Monster, Don Quixote and Alice’s Adventures in Wonderland. He is very pleased to return to Kathy Burks Theatre of Puppetry Arts, where he previously performed in productions of Beauty and the Beast, Not a Creature was Stirring, Hansel and Gretel and The Tale of Peter Rabbit. At home both on stage and behind the scenes, Jeff is the Assistant Technical Director for Dallas Children’s Theater. 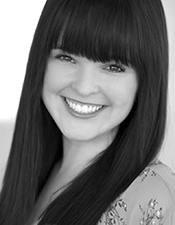 JĀD SAXTON
(Voice Characterization)
Jād thanks Kathy Burks for including her voice in this cool show! She was last seen at WaterTower Theatre in Parade (Mary Phagan). Other credits include Dallas Children’s Theater’s national tour of Stuart Little(Margalo), Trainspotting(Lizzie) for L.I.P Service, The Nether (Iris) for Stage West, Fiddler on the Roof (Chava) for Lyric Stage, and Hearts Like Fists (Nina) for Outcry Theatre. Jād is also an ADR Director for FUNimation Productions and voice actor who’s voice can be heard in the anime Wolf Children, Miss Kobayashi’s Dragon Maid, Michiko & Hatchin, Dimension W, Fairy Tail, and Space Dandy; and video games Smite, Paladins and Dragon Ball Xenoverse. She has 200-plus voice-over credits for FUNimation Productions, Sentai Filmworks, and Okratron 5000.