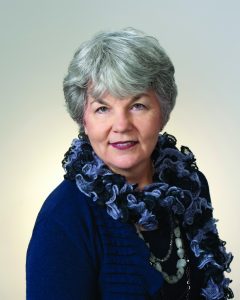 Robyn Flatt, Co-Founder and Executive Artistic Director of Dallas Children’s Theater (DCT), has been awarded the prestigious Orlin Corey Award for Artistic Excellence from the American Alliance for Theatre and Education (AATE). Flatt has directed and championed the development of over 200 productions of plays for young people, a milestone artistic achievement and contribution to theatre for young audiences. She will be presented with the award at the AATE National Conference in Boston in late July 2016.

“It’s an honor to be recognized for my work in the arts community, and my work with children in particular,” said Flatt. “Inspiring young people through different theater experiences has been a gift to me, and I am truly proud to be able to use my love of this amazing art form to inspire creativity in children.”

Flatt has extensive experience with both theater and education.  She was the Assistant Artistic Director and Director of Theater-in-the-Parks during her tenure as a member of the resident company at Dallas Theater Center from the early 1960’s to the early 80’s. in the 70’s and early 80’s. For more than 30 years at DCT, she has fostered a close relationship between theater and education by making both a priority in all of the theater’s programming.

Most recently, Flatt has been championing DCT SHOWTIME, a program made possible by a grant from the City of Dallas Office of Cultural Affairs Cultural Vitality Program. This program is an opportunity for kids who have had scarce experience with the arts to meet and learn from professional actors and get a preview of an upcoming show.  DCT staff and actors go on the road to area Dallas Public Libraries and other community meeting places. Actors arrive in costume with props from a DCT mainstage production and perform selected scenes before encouraging children to touch and ask questions about props, costumes, and things they noticed the actors say and do.

Flatt also developed Curtains Up On Reading, a highly successful program for integrating the arts into core curriculum in Dallas area schools. As part of this immersive program, DCT teaching artists travel to local elementary and middle schools to use elements of the arts to help children who may be struggling with the traditional teaching of math, history, English or other subjects. Research wholeheartedly supports such an approach, particularly for children of color and those with learning differences.

As a professional actor, director, and lighting designer in Dallas, Flatt has directed many major works in the youth theater canon including To Kill A Mockingbird, And Then They Came For Me, Adventures of Huckleberry Finn, and The Miracle Worker. She has also pushed for creation of five world premiere musical adaptations of books by internationally renowned author/illustrator Steven Kellogg, including his popular titles The Island of the Skog, The Three Sillies, and Pinkerton!. To increase appreciation and understanding of the racial diversity in Dallas, she has encouraged the development of and directed new scripts including Mariachi Girl, Anansi the Spiderman, Mufaro’s Beautiful Daugthers, and The Rememberer.

Flatt served on the board of AATE (Vice President/1998-2001) and ASSITEJ/USA (TYA/USA) from 1995-2001. She was inducted into the college of Fellows for the Southwest Theater Association in 1999 and the College of Fellows of American Theater in 2007 (serving on its Executive Committee for two years). She joined the Board of the Children’s Theatre Foundation of America in 2003 and served as Treasurer for six years.

This award celebrates the full spectrum of artists in the field, including, but not limited to, directors, designers, actors, choreographers, composers, puppeteers and videographers. It honors  a particular artistic achievement or a unique artistic contribution to theatre for young audiences. It can be presented at any time in an artist’s career.

AATE, among the most recognized arts education organizations, works to ensure that every young person experiences quality theatre arts in their lives provided by proficient, talented artists and educators. AATE is a registered 501(c)3 non-profit organization. Through its membership of theatre artists, inservice and pre-service teachers, professors, directors, scholars and playwrights, AATE serves more than a million students in 48 U.S. states and 19 countries worldwide.

Dallas Children’s Theater features professional actors performing for an annual audience of 250,000 young people and their families through mainstage productions (12 in the 2015-16 season), a national touring company, and an arts-in-education program.  As the only major organization in Dallas focusing solely on youth and family theater, DCT builds bridges of understanding between generations and cultures, instilling an early appreciation of literature, art and the performing arts in tomorrow’s artists and patrons.