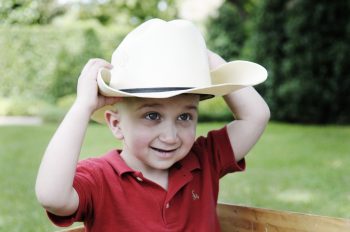 In this three-part series, Joanne—with input from family members—discusses her son, the Ryan Goldblatt Foundation, and DCT’s production of HOW I BECAME A PIRATE, which is dedicated in Ryan’s memory.

Is Emily excited to see HOW I BECAME A PIRATE?
Emily is definitely excited to see the show. She loves ALL Dallas Children’s Theater plays, but knowing this is the only show Ryan saw is very special to her. 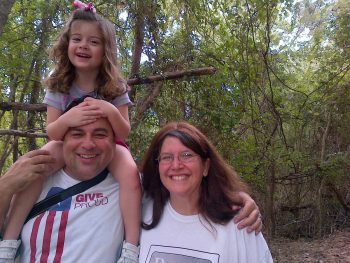 Why do you and Emily enjoy coming to Dallas Children’s Theater specifically?
I love coming to the theater because there is something to be said about seeing a performance “live.” The scenery and backdrops are always stunning. There is no question how much time and dedication and passion are poured into each one of the plays at Dallas Children’s Theater. I love watching Emily’s face during the play. She is so mesmerized and is taken to another place and time. It’s truly amazing. She loves seeing her favorite characters come to life in shows such as PINKALICIOUS; FANCY NANCY; and GO, DOG. GO!

How did you react when you found out DCT would be producing PIRATE again?
I cried. That was my first reaction. It was a happy cry, though! I was so touched beyond words that Dallas Children’s Theater wanted to bring back the play because of Ryan. As a mother, I can’t think of a higher compliment. All of the hard work and effort we have put into this foundation has led to this: Ryan’s memory is living on. I couldn’t be more proud. As mentioned before, Andy and I never saw the play. His grandparents took him. I’m thrilled to have the opportunity to see the play that Ryan loved so much. I’m sure it will be emotional for me, no doubt. I’ll cry rivers, but it will be perfect.

What do you hope will occur as a result of DCT dedicating the production to Ryan?
My hope is that more people will get to know Ryan. I hope that his memory continues to touch people in positive ways. I also hope that families with young children choose to take their kids to plays more often. Going to the theater is such an amazing experience for a child. I hope more children get exposed to theater and benefit from it the way Ryan did and the way Emily does.

Any thoughts from Andy?
I’m very excited that this show is being brought to life again and that our story somehow inspired it. HOW I BECAME A PIRATE is a story about a young boy who uses his imagination to create wonderful places and characters. It’s a great message and one that is very near and dear to our hearts as we remember our son, Ryan.

HOW I BECAME A PIRATE runs from June 15th to July 8th. For more information, go to dct.org.

Photos: Courtesy of the Goldblatt Family and Ryan Diller