Up until the time that I was around five or six years old, I was very shy and introverted, and I did not like to talk in front of large groups of people. When my mom took my brother and I to our first Dallas Children’s Theater shows, I would never go up on stage during intermission to celebrate audience member’s birthdays, and I rarely ever greeted the cast members after the performances to get them to sign my playbill.

Erin poses for her mom in red and white.

musical as a “rainbow-mermaid-puppy,” they actually went through their costume closets and created an outfit for me that resembled what I wanted as close as possible.

As I continued to attend shows with my family, I would even start going up on stage during intermissions to sing the birthday song, even when it wasn’t my birthday month, and I would always make sure to get every single cast member to take photos with me and sign my playbill.

What I find meaningful about the Dallas Children’s Theater experience, and what I feel sets it apart from other theaters, is their ability to put the children above everything else. Obviously, DCT works very hard to produce good quality shows and camps for children, but they also put a great emphasis on inspiring their audience of children and teaching them to use their creativity and to be themselves.

My teachers and my favorite actors and staff members instilled 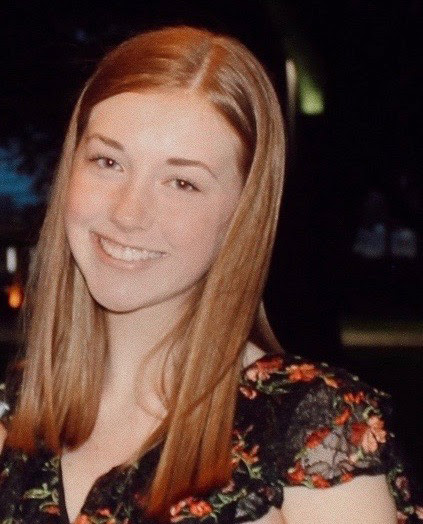 important lessons in me that l continue to benefit from today. I would like to thank them for all the time and effort they put into making my DCT experience magical. It stands out that my DCT experience never felt like daycare. Instead, they pushed me to think outside of the box and be driven by originality.

When you buy a ticket to a Dallas Children’s Theater show or enroll your child in a DCT summer camp, you are not only sending them somewhere that offers great entertainment, but somewhere that provides children with skills and values that go beyond the actual productions. In today’s world where children are preoccupied with electronics and screens, it is more important than ever for them to have a resource for building their creativity and initiative. I hope that Dallas Children’s Theater continues to instill the principles of limitless possibilities in each child. Their technique builds self-esteem, inspires creativity, and helps develop generations of future changemakers. They did just that for me.