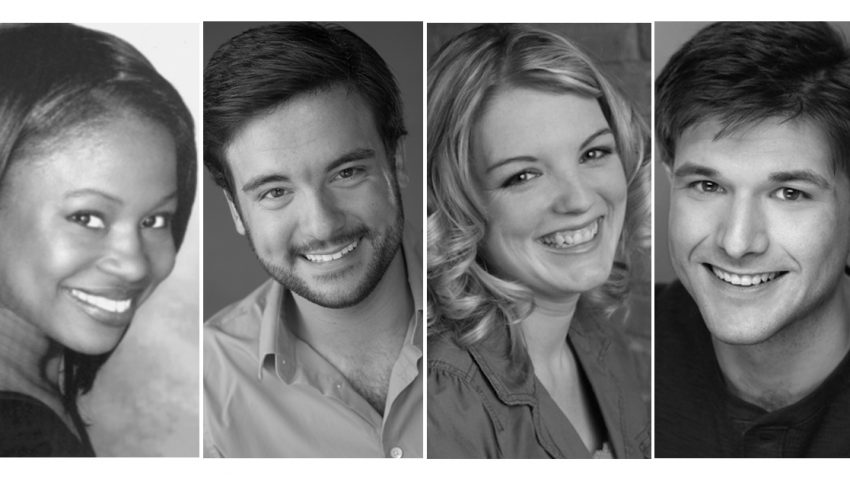 Charli Armstrong**
(Ensemble)
Charli has previously been seen in DCT’s National Touring productions of The Musical Adventures of Flat Stanley and Mufaro’s Beautiful Daughters: An African Tale. She has also appeared in several productions throughout the Dallas area including The Three Musketeers with Theatre Britain, Jack The Ripper with Pocket Sandwich Theatre, and Marianela with MBS Productions.

Steph Garrett*
(Ensemble)
Steph was most recently seen in A Charlie Brown Christmas (Snoopy). Other DCT credits include: The Miraculous Journey of Edward Tulane; Seussical™; James and the Giant Peach; The Tale of Peter Rabbit (Kathy Burks Theatre of Puppetry Arts); Charlotte’s Web; Go, Dog. Go!; A Wrinkle in Time; Dr. Seuss’s The Cat in the Hat; and Goodnight Moon. Additional credits include: Pride and Prejudice at WaterTower Theatre, Avenue Q at CityRep OKC, Faust at The Drama Club, The Great Dictator at FIT Fest, and Waiting for Lefty and Year of the Rooster at Upstart Productions. For upcoming projects and more information, visit: www.StephGarrett.com.

Teddy Warren*
(Ensemble)
Teddy Warren is an Equity actor from Milwaukee, WI. He graduated from SMU with a BFA in Theatre Studies and is happy to be back in Dallas to play with DCT. Locally, Teddy has worked with Shakespeare Dallas in Antony and Cleopatra and Romeo and Juliet. Special thanks to the McPhersons!

THE VERY HUNGRY CATERPILLAR SHOW runs from January 19 – February 25. Tickets are on sale now at dct.org.

THE VERY HUNGRY CATERPILLAR and associated logos are trademarks and/or registered marks of Eric Carle LLC, © &™