Folks who know DCT might recognize Philip Schaeffer, or at least recognize his parents, Nancy and Karl Schaeffer, from the halls of the theater. We interviewed the Schaeffer parents, asking what their favorite Philip/DCT memory was, and their answers did not disappoint! 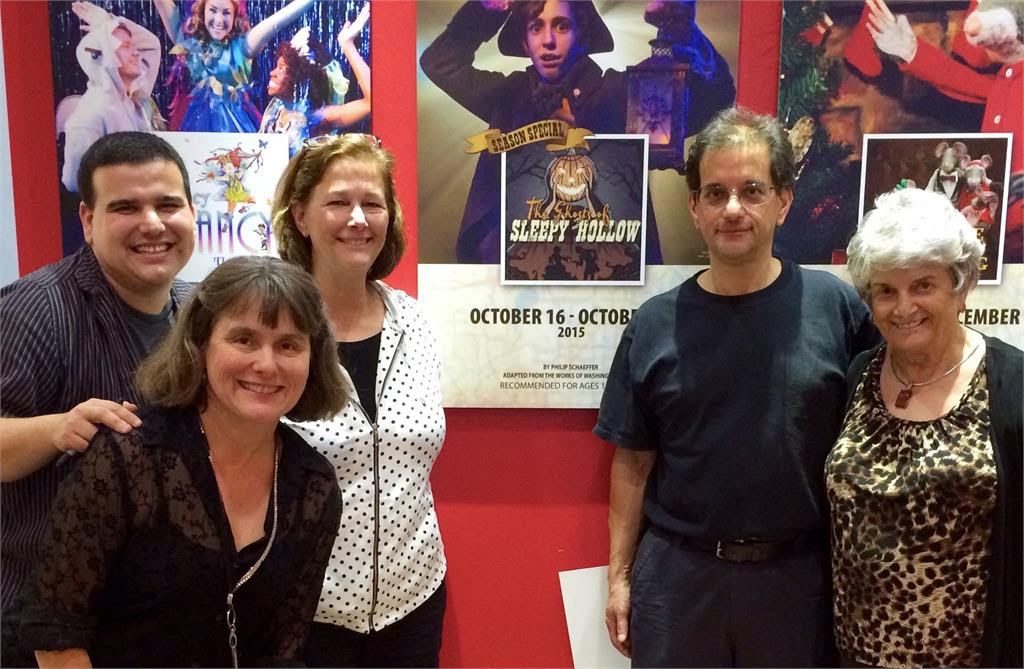 Nancy: “Philip was a very young (too young) baby angel one of the first times we did BEST CHRISTMAS PAGEANT EVER. He laid on his tummy during Silent Night (supposed to be the quiet part of the show), and he used his halo as a steering wheel and pretended to drive. I was on stage as Beth – a teen – not his mom, and I could do nothing to stop it. The audience laughed and laughed. He got the bug then.

And then years later, when he was older, he was actually working in the Box Office for BEST CHRISTMAS PAGEANT and one of the Herdmen got sick during the show. I grabbed him out of the Box Office during intermission, threw a robe on him, and had him go onstage as The Wise Man who brings a ham for the Baby Jesus. He ran onstage with the ham with the robe pulled down over his face so that the audience would not notice the switch.  But when he kneeled next to the manger in prayer, one of the little lambs who knew Philip as an assistant in our summer classes, leaned over and said to him “Philip, you did that wrong!” Philip had to try to hide his shaking shoulders as he was cracking up on stage. So that was a moment when he was the one laughing at an inopportune time!”

Young Karl with a youth cast in BEST CHRISTMAS PAGEANT EVER

Karl: “My favorite memory of Philip was actually captured on video. Philip was four and a half years old at the time. We did a production of TALES OF A FOURTH GRADE NOTHING in Feb.- Mar. of 1989. In the play, a birthday party is described, so we filmed a short birthday party scene. Philip played one of the party guests. He also must have seen the play many times.

Three months later, I videotaped Philip acting out a 14-minute version of that play. He played my part in the show and Nancy and his baby brother Anthony were drafted to play other characters. I was impressed that he remembered so many plot details and conveyed many of the emotions from the play. I’m sure growing up around Dallas Children’s Theater had a powerful influence on him and on his creativity, and I so enjoyed videotaping Philip at play.”

All ticket buyers will receive a link to join us Friday, October 30th at 7PM for THE RAVEN SOCIETY Watch Party, a virtual ghostly gathering hosted by the playwright, Philip Schaeffer, where we’ll watch and discuss clips from the show (recommended for ages 9 and up), talk to the cast & crew about how it was made, swap our favorite scary stories & legends (just like in summer camp!), and there may be a few other mysterious surprises around the corner (but who…and where…?). Invite your friends to this fun, interactive event, and let’s all have a spine-chilling good time!

Photos courtesy of the Schaeffer family and by Robin Sachs