Maddie and her mom talk about their great moments at DCT!

Maddie (black boots) does her thing on the mainstage as part of NEXT STOP BROADWAY.

BPP began in 2016 as part of DCT’s sensory-friendly initiative. Described as “a creative dramatics program for young actors with unique minds, talents and imaginations”, BPP provides children with sensory processing disorders and special needs a dedicated space to experience the kind of drama education DCT is known for.

Maddie posing for photos with BBP classmates after one of their shows.

Many performers, like Maddie Raymond, have spent years with BPP and were ready to perform on the “big stage!”

“So, I was in “Warts and All”, which is a song from HONK which is a British play. I was a froglet. I had fun being a froglet. Everyone was super nice. I was in this big thing. But I felt like I fit in, like with my people. I love acting, I love the theater, I love to sing. And that was just really good. I felt like it was my atmosphere” said Maddie.

Maddie pictured with her mom, Camille

Maddie’s mom, Camille Raymond, also had a lot to say about Maddie’s involvement with NEXT STOP BROADWAY. “Oh, that was amazing! Just her energy and excitement…I’m going to admit that she was a very cute froglet, too. Maddie is highly functioning autistic and because of that, for the most part her biggest thing is just keeping her focused and feeling comfortable to do what she wants to do. I remember when she was [a] little girl, and she was excited about being here, and at that time it had never occurred to me that she could be a part of Dallas Children’s Theater. She could be on the big stage…and I am so glad to see that she is able to do things that we never thought was possible.”

Maddie and her fellow Blue Pegasus Players expressed their delight at being in the spotlight of the Baker Theater, where so many of DCT’s beloved shows have been performed

“Well, I always wanted to perform on the big stage, and, well, [I] got the shot, and…just…dream come true for me” said Palmer Lee, who has been with BPP since it first began.

When asked if she would choose to do this again, Maddie was quick to say “yes!”

Maddie in her element in one of the BPP shows

“Actually, after the last NEXT STOP BROADWAY, I begged Mister Doug ‘You have to find a way for me to come back! You have to!’ I had so much fun.”

For decades Dallas Children’s Theater has been dedicated to providing an inspiring theater experience for all children, and continues to do so while expanding opportunities for children with special needs. Whether through sensory-friendly adapted professional performances or classes specifically designed for those with sensory needs to inclusion with the NEXT STOP BROADWAY performance, children with special needs are welcome to participate in what DCT does best!

Maddie sums it up perfectly:

“I had fun…but, just do your best at it…and, it’s OK to be different. I mean, I have been different all my life, and so…it’s ok to do that. This is a place where they say ‘You’re unique. Come to us’.” 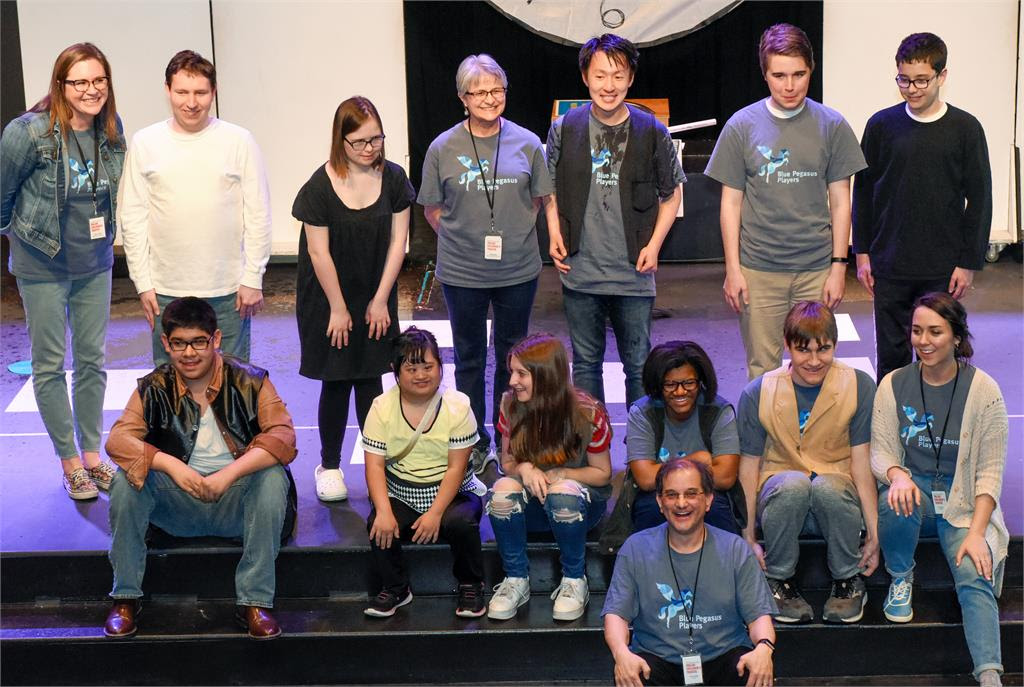 Maddie among teachers and classmates at DCT

To learn more the sensory-friendly programs at DCT, please visit this page and this page.