Fanny Kerwich brings the powerful side of the circus to the production of TREASURE ISLAND Reimagined!

In real life, ships are made of wood. But in the world of Jim Hawkins, Ben Gunn, and Long John Silver, it takes a crew full of imaginative, expressive circus-trained performers to get things in tip top shape. 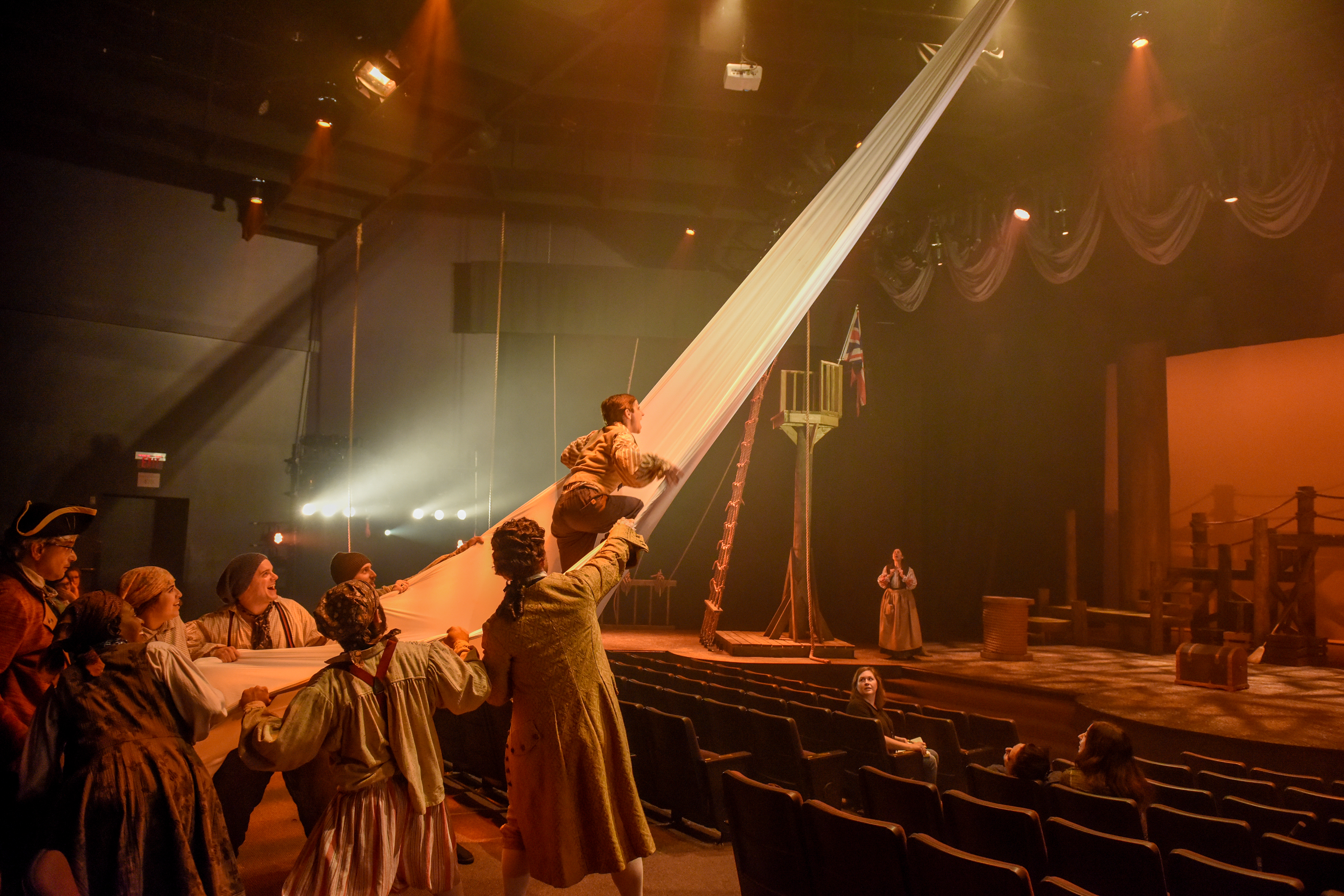 We wanted to learn more about the amazing circus feats seen in TREASURE ISLAND Reimagined!, so we sat down with Fanny Kerwich, Circus Director for the show, to learn more. 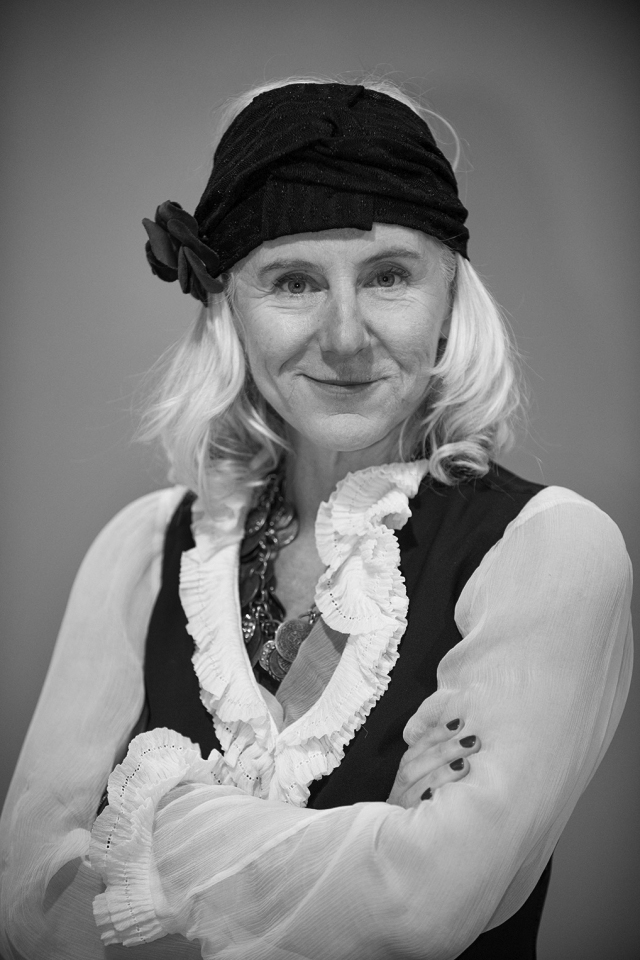 How are circus techniques and acrobatics being used to tell this story?

In this story, circus and acrobatics are being used to tell the story of Jim Hawkins’ first impression of being on the Hispaniola. In the story, the minute Jim walks onto the ship, he is struck with awe and wonder at the intricate inner workings of a sailing ship. We thought the best way to capture Jim’s childlike first impressions would be through the high flying wonder of circus rope tricks, juggling, and aerial acrobatics. As we 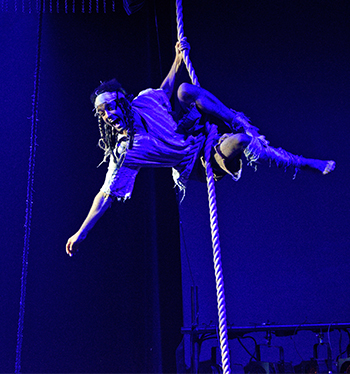 developed the script, the circus techniques we used evolved with the needs of the script. While the idea to build the ship using circus skills was always a part of the plan, we also found the need to include other circus moments, like creating the illusion that Ben Gunn was climbing through the forest with the ropes or changing the use of hula hoops into rope swinging.

Robyn Flatt, director of TREASURE ISLAND Reimagined! and founder of DCT, said it was her dream to tell this story and adapt it uniquely for DCT audiences. “The multiplicity of activity helps draw the audience into the story. Fanny made the suggestion of building the ship through circus, and that’s exactly what I wanted. It was a logical place that got the actors into the audience.” 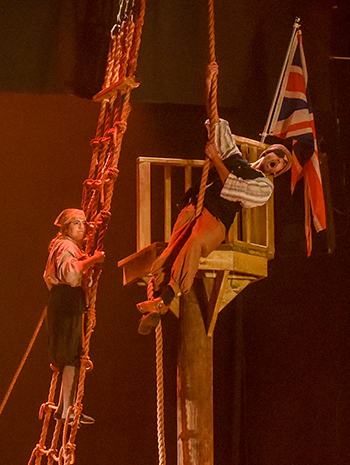 Describe the training you gave the cast and what went into conquering the moves you taught them to use on stage?

I focused on basic circus skills with the goal of accomplishing extraordinary things on stage. Of course, when I work with novices, I always need to scale down the intensity of the skills I am asking them to do. I believe that it is better for someone to do something they can do well, than it is for someone to do something badly that they haven’t yet mastered. I’m very impressed and proud of the work that this cast put into learning the circus skills necessary to pull this production off. In the short timespan that they’ve had, they’ve managed to learn a whole plethora of skills and have been absolute troopers about learning them. 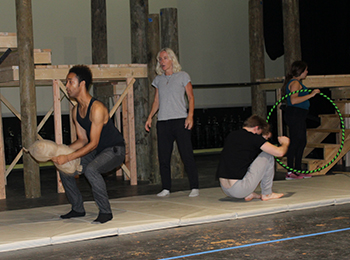 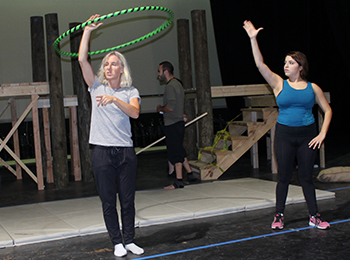 What is most exciting to you about this project, and why do you think families will enjoy this production?

Historically, theater and circus used to be an art form that was one in the same, and anytime we can bring these two art forms together, I always believe it results in a beautiful production. The collaboration with puppetry, theater and circus – three different forms of expression combined together in an exciting mix; it really creates entertainment for all ages and tastes. I’m so glad that Robyn included circus in this production.

Buy your tickets now before this ship sails!