Parker Fitzgerald who played Ant in DCT’s DIARY OF A WORM, A SPIDER AND A FLY shares an entry in his own diary where he talks about performing the show all over the country and at Children’s Health. 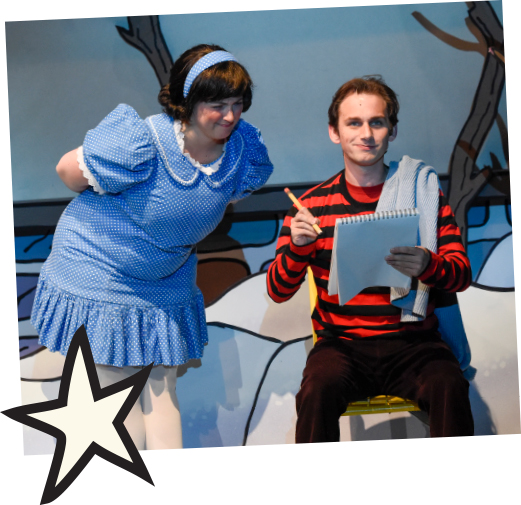 Well, today’s the day we made an appearance at Children’s Health! The last time I was here, I was performing as Linus in A Charlie Brown Christmas. It was such a fun day; so I was thrilled to be returning. Now I get to show off my new role: Ant! 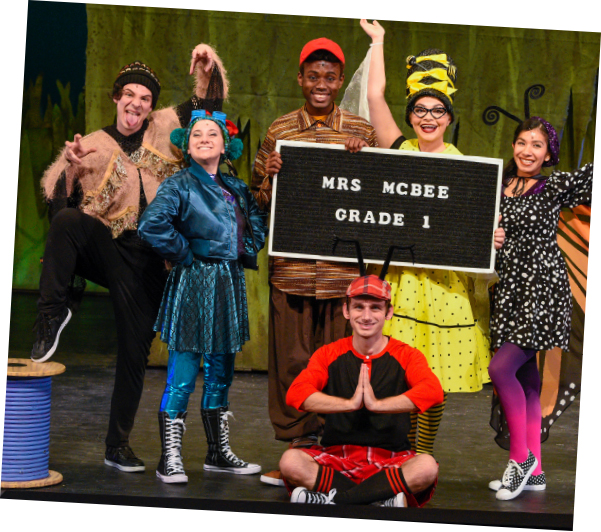 Luckily, we’ve already performed this show over 150 times and have had to adjust the show to fit in all sorts of theaters. After we got our movements and choreography figured out, it was time to get into costume. As

I put on the costume that I have worn for a year, I always have the same thought: Our costume designer Lyle Huchton is the absolute best! Whenever I wear my costume, I instantly feel like Ant. Every time my hat with the antenna is on my head, I am in the mood to do the show! 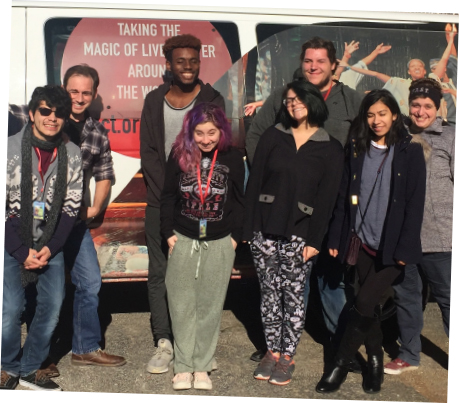 Once we were all dressed, the cast and crew piled into the van to go to the hospital. This is the same van we had been traveling all over the United States in. It felt nostalgic to have everyone back in close quarters once more. We dropped right back into our old routine of making jokes with each other and having a good time. I realized just how much I had come to love each and everyone of them; and how thankful I was to have shared this adventure with such a remarkable group.

At the hospital, we went straight into action mode. We unloaded all our props, sound equipment, and set pieces from the van and carried them to our performance space 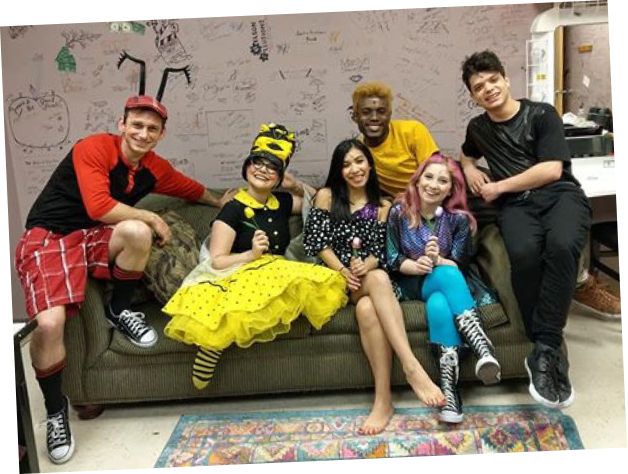 in the atrium. I’m always struck at how beautifully designed the children’s hospital is: the colorful tiling, the big windows that let lots of sunlight in, and all the Mariposa decorations (which Marla who plays Butterfly was especially excited to see!). Upon setting up our stools and props, it was now time for mic and video check. Cameras were set up so that our show could be broadcast to every single room in the hospital! After the spacing was all established, and we were in our mics, the moment we were all waiting for finally arrived…Showtime! 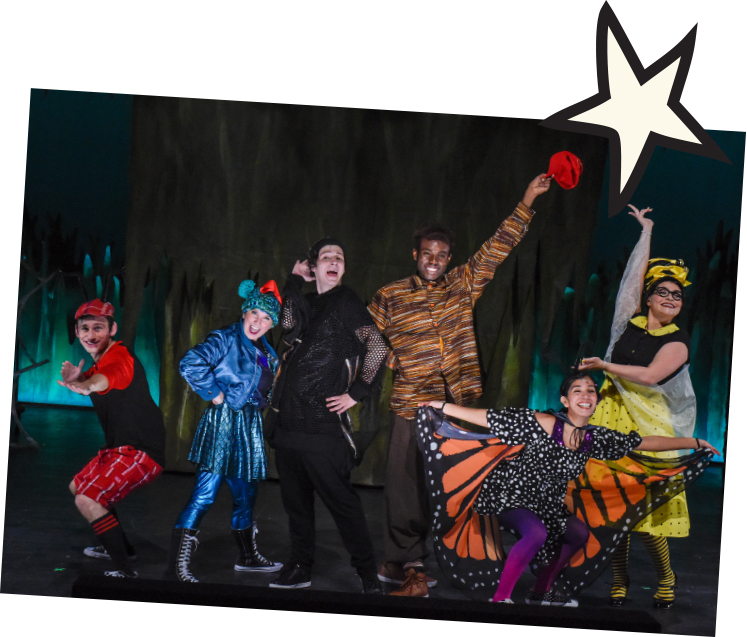 A number of people sat right in front of us; others were looking down from the balcony above; and eyeballs in rooms all around the hospital were glued to televisions set to our show: No Pressure! Daniel, our stage manager pressed play and the opening song began. As I came out for our first song, I could see the huge smiles forming on the faces of the kids who came. They were into the show just as much as we were! Each joke was met with lots of laughter; which always feels so good. As we arrived to our final song, I couldn’t help but reflect on all the different audiences we had performed for the past year. Now here we are, so close to the end of this 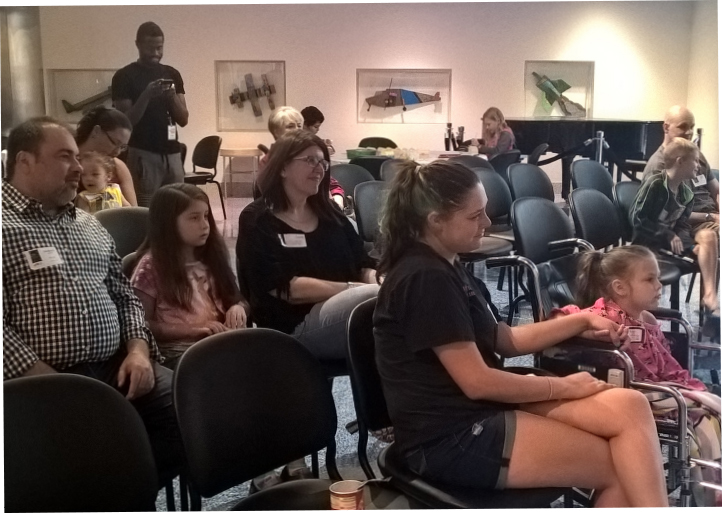 incredible journey. When the final note hit, and we took our bow, the place erupted in applause. Afterwards, the cast went out to greet the patients and families who came to watch. Each child would tell us about their favorite moment or which character they liked the best. The highlight was a nurse who told us that she was with a young girl who was just waking up after having had an operation. As her eyes opened, she saw our show on the television in her room. Loving it so much, she then got up on her bed and danced around with us; even while the wires and tubes were still attached to her! It’s stories like this that make me love what I do so much.

After the show, we then packed everything up, like we’ve done so many 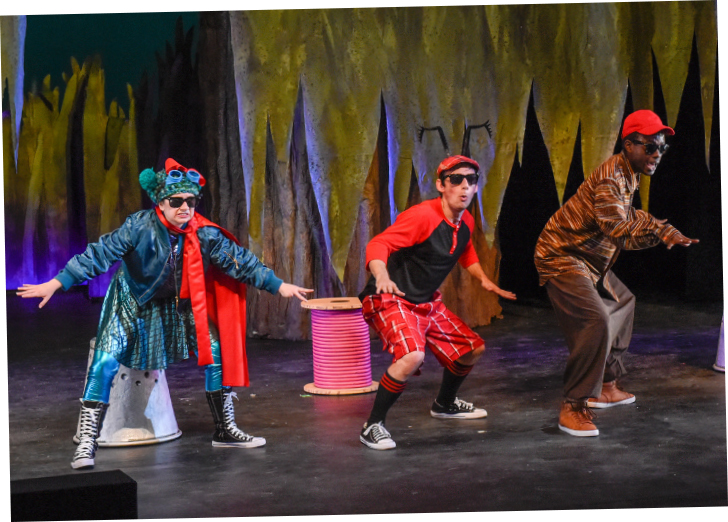 times before, and headed back to Dallas Children’s Theater. I’m certainly grateful to have had this experience, and proud that I was able to bring so much joy to the kids at the hospital; and all across the country. But mostly, it’s comforting to know that next year, DCT will be doing it all over again: putting more smiles on more faces.

Dallas Children’s Theater wishes to thank the Ryan Goldblatt Foundation for making it possible for us to make promotional appearances at Children’s Health.