Imagine for a second, that you’re a parent to a brand new baby. But your excitement and joy are overcome by worry and concern, because your beautiful baby was born at only 24 weeks, weighs only 1 lb 4 oz, and is on life support. You have numerous surgeries and procedures ahead of you, and all that leads to sensory challenges and sensitivities for the rest of your baby’s life.For Palmer and his mother, Lisa Lee, this is reality. But his sensitivities to loud noises and bright lights aren’t stopping Palmer from anything. 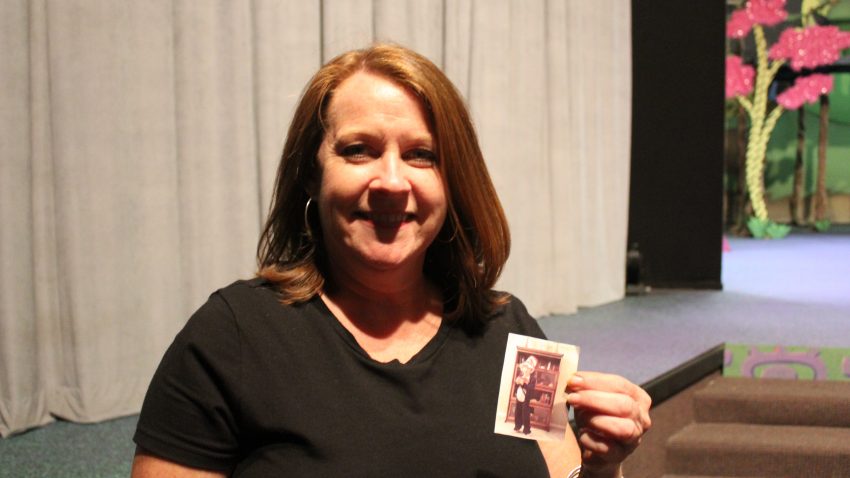 As a young boy, Palmer and his mother were Ambassadors for March of Dimes. They traveled around Texas sharing his story and his struggles to help raise awareness for the research and medical advances that helped save his life. Lisa would tell his story, and then bring him up on stage so the audience could see how well he was doing. “His first appearance was at 1 ½ years old. Once he had the microphone, he didn’t want to put it down. He even clapped along with the audience back then!” said Lee.

At 3-years-old, Palmer began memorizing Dr. Seuss’s books, and even dressed up as The Cat in the Hat for Halloween when he was 8. “He would dress up in costume and act out different scenes from [Dr. Seuss’s] books with his Seuss stuffed animals,” said Lee. “Drama is his favorite class in school.” Now as a 16-year-old student at Oak Hill Academy, Palmer has participated in the talent show and school plays for the past nine years.

Lee heard about DCT as a great place for kids to see musicals from her brother and nephew. While they were attending a traditional show, Lee heard about the sensory-friendly shows. “Palmer always wore headphones to the movies when he wa 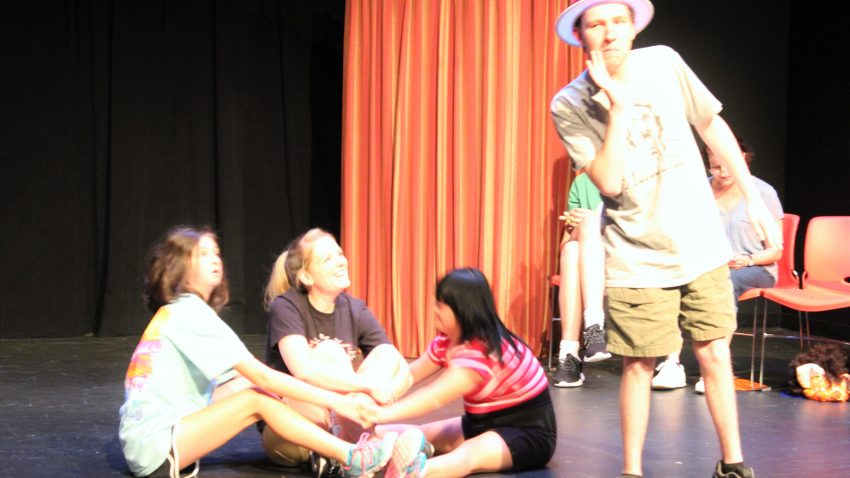 The family was ecstatic when they learned that DCT would begin offering Academy classes for youth with autism, Down syndrome, sensory processing disorders, and other special needs. During the summer of 2016, Palmer and 16 other students enrolled in the Blue Pegasus Players program. Six professional teaching artists guided the students through exercises designed to enhance individual creativity and increase their understanding of the elements of theater.

“It’s been so great for Palmer to be a part of these drama classes. Feeling included is priceless. Sometimes when you have learning differences or sensory issues, you don’t fit in a traditional class, so this has helped his confidence and given him a ch 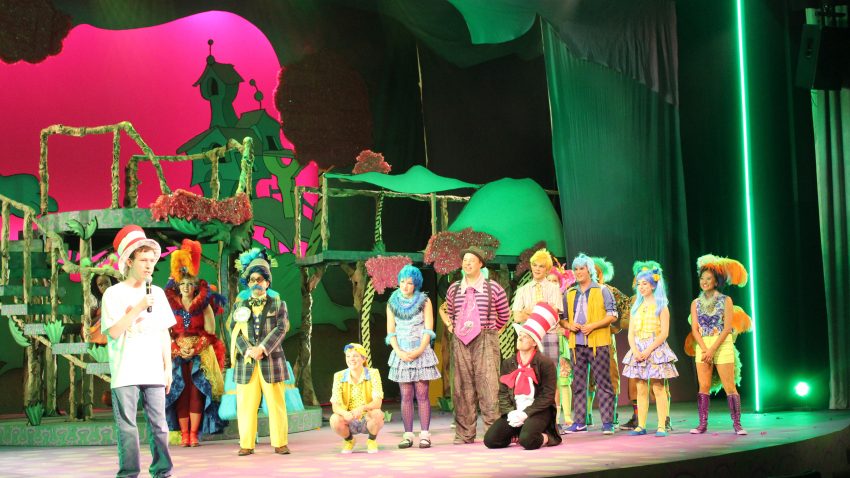 ance to do something he loves with his peers,” said Lee.

At the end of the summer, Academy students put on a showcase performance for parents, and Palmer chose to sing a song from SEUSSICAL™—which happens to be the first show in DCT’s 2016-2017 lineup. Nancy Schaeffer is the director of that show, and the Education Director at DCT, and saw an opportunity to create a different kind of theater magic.

Rehearsal time is precious for actors, but Schaeffer knew the SEUSS cast being treated to an exclusive special performance from Palmer was a moment not to be missed. So, she invited him to sing after a rehearsal in mid September. The cast, including two of Palmer’s teachers from summer classes, looked on and listened in awe.

Palmer touts the sensory-friendly offerings at DCT, saying “I have always loved coming to the shows at DCT and the sensory shows make it more comfortable for me. And now I love being in drama classes at DCT too and getting to be on stage!”

Palmer will return to the DCT stage on October 15, after the sensory-friendly performance to sing his song for the audience.