Dr. Seuss’s characters and rhyming style are unique and recognizable, even when they move off the page and onto the stage in SEUSSICAL™. The 2016-2017 season opener is filled with songs just as catchy as Dr. Seuss’s beloved stories. We asked Pam Holcomb-McLain, the show’s musical director, to explain how different styles of music best express the attitudes of the characters. Read on to see Pam’s thoughts. 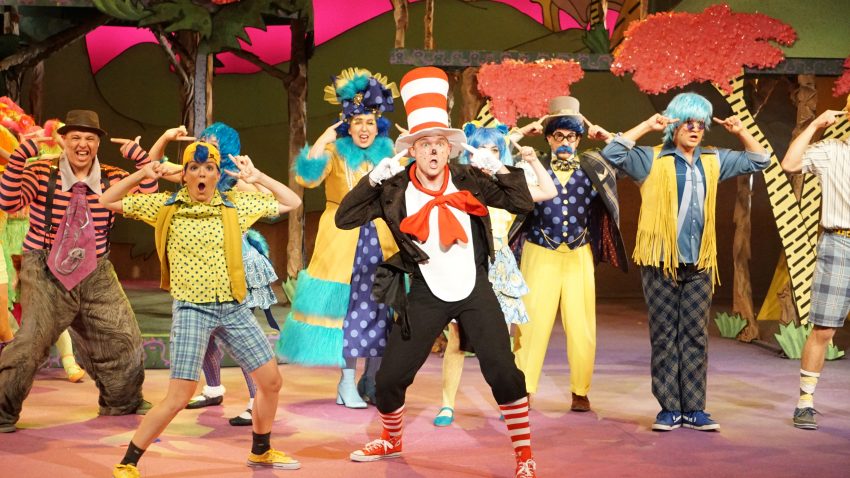 That rocks or swings,

DCT’s SEUSSICAL™ has something for YOU!

Seussical the Musical originally opened on Broadway during the 2000-2001 season. At that time, the Associated Press praised the songs in the show for having “Snappy lyrics and lively music, embracing everything from Broadway ballads to Motown to swing to Latin to John Philip Sousa.” Since then, the show 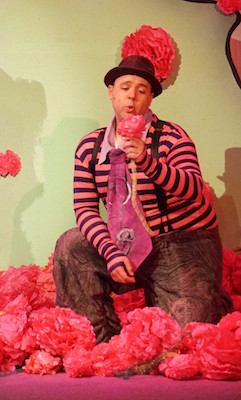 has been reworked into a streamlined, 75-minute musical for young audiences. The show is now one of the most produced shows in America, performed by schools and theatres, amateurs and professionals alike. One of the (many) strengths of this reworked version of the musical is that it maintains the musical diversity and integrity of the original Broadway production.

The opening number, “Oh the Thinks You Can Think,” is an energetic song and dance number that introduces the audience to the entire cast. At times when the show focuses on characters living together in the Jungle of Nool, drum beats and repetitive melodies accompany the action. When the residents of both Whoville and the Jungle of Nool appear in a climactic scene in a courtroom…let’s just say things get spiritual in a powerful, Gospel number.

Audiences will also see that many of the characters attitudes are best expressed by different musical styles. For instance, Cat in the Hat’s songs gravitate toward 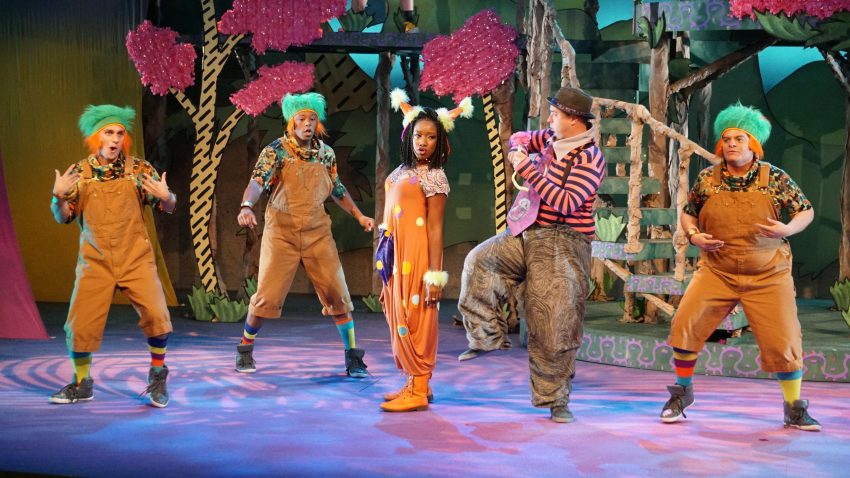 jazz and vaudeville sounds. Horton the Elephant, on the other hand, expresses his thoughts through heartfelt ballads. The Whos in Whoville prefer to sing along to fun, carnival-inspired music, complete with calliope. A calliope (KAL-ee-ohp) is a musical instrument that produces sound by sending gas, steam, or compressed air through large whistles. These instruments are typically very loud; even a small calliope can be heard from miles away. And little JoJo’s imagination soars during the song “It’s Possible,” as the music grows and grows until it ends in with Beach Boys-style sound straight from the 1960s. 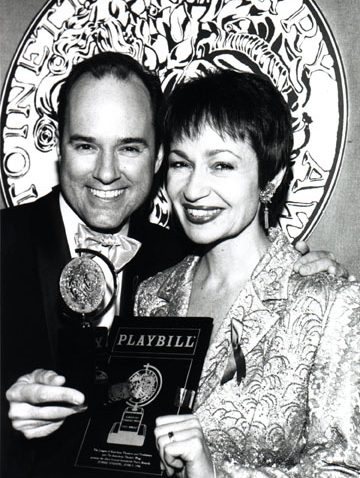 The prolific songwriting team of Stephen Flaherty, who writes the music, and Lynn Ahrens, who writes the lyrics, are responsible for Seussical’s score as well as its book. The strength of Flaherty’s musical compositions is matched by Ahrens’ clever lyrics, which blend seamlessly with Dr. Seuss’s original work. The effect of combining highly stylized music with ingenious lyrics are songs that invite, entertain and narrate to audiences of all ages the importance of imagination and friendship, especially in difficult circumstances.

Other widely known musicals that Flaherty and Ahrens have written include Lucky Stiff, Once on This Island, and Ragtime. They are currently adapting the animated Disney movie Anastasia for the stage.

With so many different styles of music in one play, there is surely a sound that will please everyone’s ears. Many thanks to Pam Holcomb-McLain, the Musical Director of SEUSSICAL™, for talking with us about the soundtrack of the show. We can’t wait to see you at SEUSSICAL™!

For ticket information to Dallas Children’s Theater’s production of SEUSSICAL, go to dct.org. TONY Award photo of Ahrens and Flaherty: Photo by Anita and Steve Shevette.