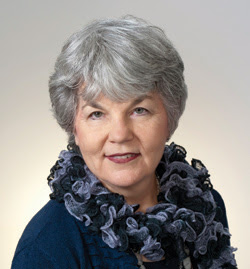 As Dallas Children’s Theater (DCT) approaches its fortieth (40th) anniversary season of providing high quality professional theater to children and families in North Texas, its founder, Robyn Flatt, has determined that now is the ideal time to secure new leadership in order to best position DCT for the organization’s next chapter. Effective upon the selection of a new executive director in 2023, Robyn Flatt will transition from her role as executive director and refocus her energies in service of the Baker Idea Institute, a special DCT initiative. 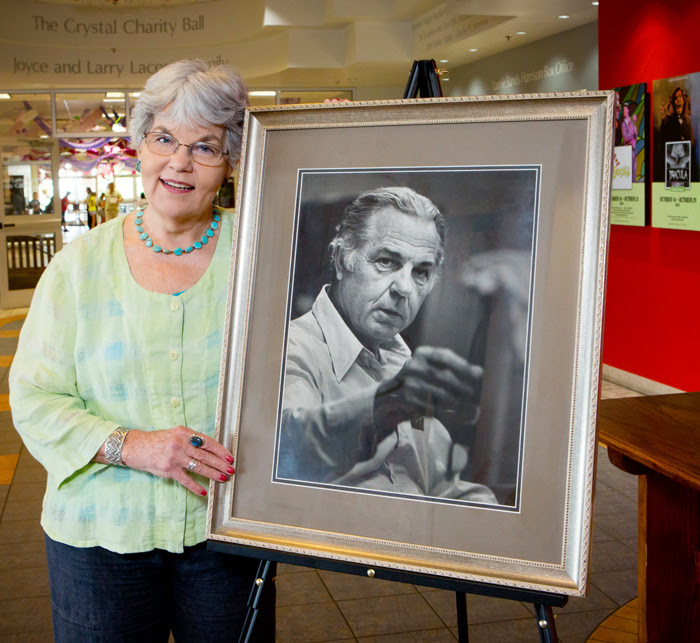 In communicating her decision to the Board of Trustees, Robyn Flatt paid homage to her father, Paul Baker, the founding director of Dallas Theater Center and Booker T. Washington High School for the Performing and Visual Arts when she said, “As you all know, thanks to my father, theater will forever be a part of the fabric of my life. It is what inspired me to take on what some said was the impossible mission of starting Dallas Children’s Theater in the early ‘80s. I am very proud that both he and I have been able to make significant contributions to the North Texas cultural landscape; contributions that I expect to continue for decades to come.” 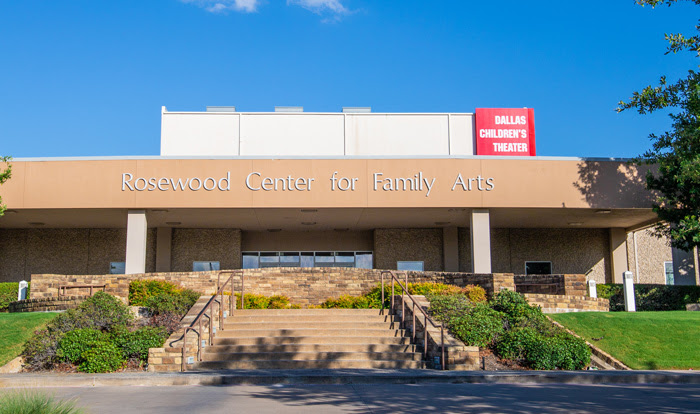 Flatt co-founded DCT in 1984 with start-up funds of $500. Over the years, the theater presented shows and officed out of the old Withers Elementary building, El Centro Community College, and The Crescent Center when it was owned by Caroline Rose Hunt. Ms. Hunt, along with her daughter, Laurie Sands Harrison, were two of DCT’s earliest and most longstanding supporters. In the early 2000s, with the help of a strong board of community leaders, Flatt and the DCT team raised more than $14 million dollars to purchase and renovate the old Don Carter Bowling Alley on Northwest Highway and Skillman. Thanks to the generosity of loyal patrons, the 58,000 square foot facility is now owned mortgage-free. From its modest financial beginnings of $500, DCT has grown to a pre‑COVID annual budget of more than $4 million. The theater has twenty-seven (27) fulltime staff members, seventy-five (75) part-time employees and currently thirty‑nine (39) seasonal employees. DCT has served more than five (5) million children and families through a critically‑lauded annual season of plays and an arts-in-education school for children ages three-and-one-half (3.5) to eighteen (18). Pre-COVID, DCT also produced a sought-after national tour that traveled to thirty-one (31) cities and twenty-six (26) states each year. DCT is considered one of the leading professional family theaters in the nation. 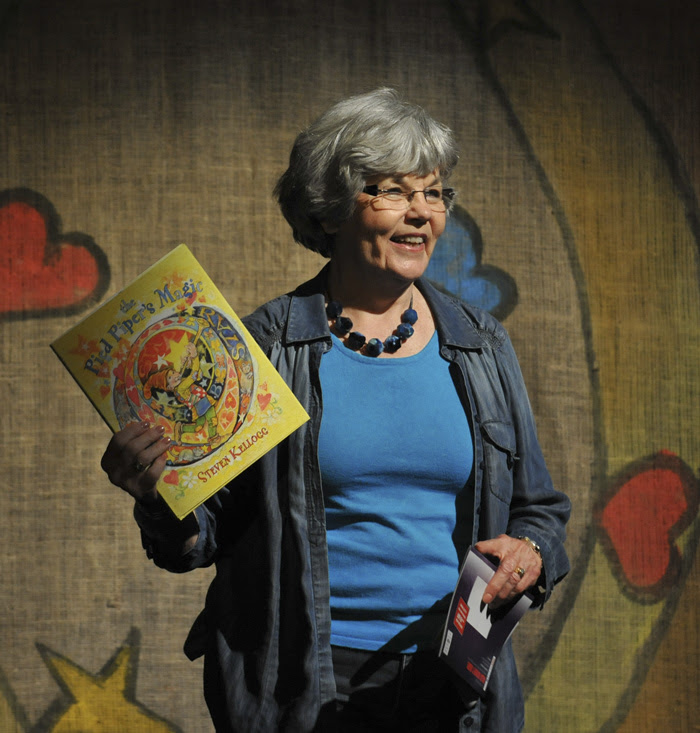 Under Flatt’s leadership, DCT has always had a deliberate and visible commitment to diverse casting, culturally-specific plays, and using the power of theater to spark important conversations. Flatt’s own projects of note include YANA WANA’S LEGEND OF THE BLUEBONNET, a DCT‑commissioned play that provides a glimpse into the heritage of the indigenous, First People of Texas; John Steptoe’s MUFARO’S BEAUTIFUL DAUGHTERS, an African-American Cinderella tale; AND THEN THEY CAME FOR ME featuring the story of Eva Schloss and recounting scenes from the lives of Holocaust survivors during World War II; and 10 SECONDS, a play that demonstrates what can happen when young people and members of law enforcement take the time to consider their interactions with each other.  Flatt’s signature work was Harper Lee’s classic TO KILL A MOCKINGBIRD which she produced several times, and an innovative and collaborative production entitled TREASURE ISLAND Reimagined! that combined puppetry, circus arts, and movement.

DCT’s Board of Trustees is committed to a smooth leadership transition and has engaged Management Consultants for the Arts to conduct a national search for a new executive director. On Flatt’s announcement, Jim Markus, President of the Board expressed pride in his own long‑term association with both DCT and Flatt. Markus said, “Having originally joined DCT’s Board of Trustees over twenty-five (25) years ago, I am one of many theater-loving community volunteers who became inspired by Robyn’s leadership and the innovative programing being provided each year by DCT.  I have considered it a unique privilege, rather than a responsibility, to support this North Texas treasure.” 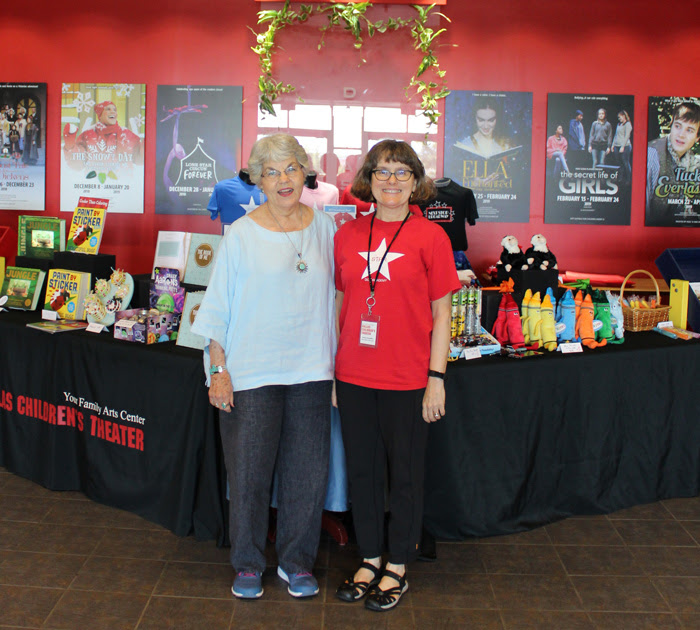 In November of 2020, DCT initiated an important first step in its succession plan when Nancy Schaeffer was elevated to the role of Artistic Director. Schaeffer’s association with DCT dates to its beginning days in 1984 when she was not only a leading actress in many productions, but also took on the administration of its fledgling school of theater classes. With her energy and expertise, DCT’s school has grown to become a highly sought-after Academy serving up to 4,000 students a year, and now includes a vibrant musical theater conservatory as well as the Blue Pegasus Players classes for children with sensory sensitivities. 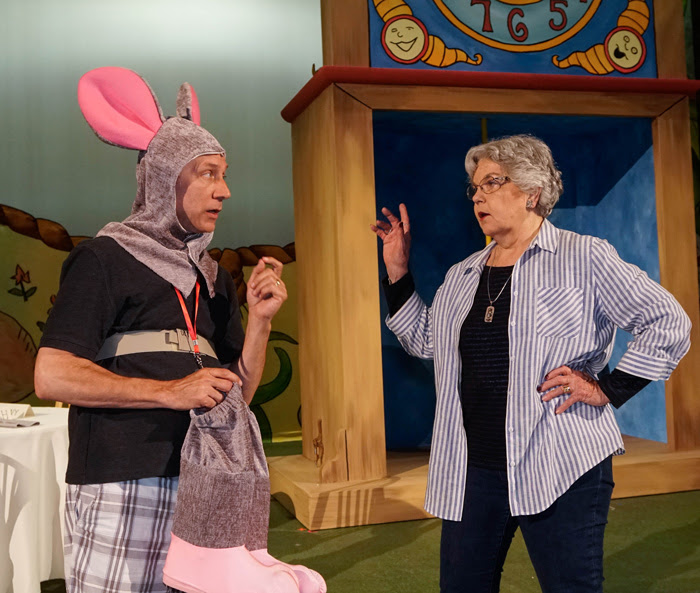 Flatt plans to continue directing plays and will take on special projects as needed for Dallas Children’s Theater. She intends to devote much of her creative energy to a book and film about her father through the Baker Idea Institute, an incubator initiative for creative thinking and imagination in ways that benefit business, education, and individuals in general.

In addition to her leadership of DCT, Flatt’s sixty (60) year theatrical career has brought her acclaim as a professional director, actor, teacher, and lighting designer. She holds a MA degree from Baylor University and studied under Paul Baker, Juana Laban, and Hanya Holm. For 38 years, she has served on national boards including AATE, ASSITEJ/USA, and CTFA. She is a recipient of The 500, Inc.’s prestigious Ken Bryant Visionary Award, Dallas Historical Society’s 1999 Excellence in Community Service for Creative Arts, the 2002 Leon Rabin Standing Ovation Award, the AATE 2004 Sara Spencer Award, and the Excellence in Nonprofit Management Award. 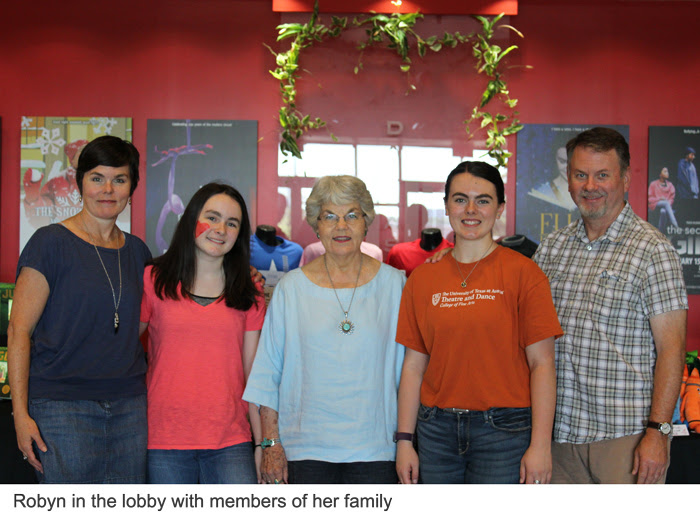 Flatt is a member of the College of Fellows of American Theatre. She was nominated by The Dallas Morning News arts staff for the Texan of the Year Award in both 2010 and 2015, and was honored in 2016 with the Orlin Corey Award for Artistic Excellence from the American Alliance for Theater and Education.

A round of applause for our very own Robyn Flatt!