Zoë Gameros
(Rebecca)
Previous DCT Roles: EAT (It’s Not About Food) (Young Girl).
Favorite Show and Why: That I’ve seen: Sweat at Dallas Theater Center because it was such an immersive show with an amazing incorporation of technology. That I’ve been in: The Revenge of the Space Pandas or Binky Rudich and the Two-Speed Clock because of the amazing cast and creativity in the script.
Favorite Thing About Acting: Developing a character and interacting with other actors.

Hannah Moore
(Abby)
Previous DCT Roles: Miracle on 34th Street (Elf), EAT (It’s Not About Food) (Teen Girl), A Wrinkle in Time (Meg Murry), and Next Stop Broadway in 2016.
Favorite Show and Why: That I’ve Seen: Hamilton because it’s such a visually and theatrically stunning show. That I’ve Been In: Anne of Green Gables because I’ve always loved Anne and her story, and playing her was a dream come true.
Favorite Thing About Acting: I love that I can step into someone else’s shoes and be someone else. I also love meeting people who share the love of theater.

Ainsley Horan
(Chandler)
Previous DCT Roles: The Seussification of a Midsummer Night’s Dream (Titania) and Peter and the Starcatcher (Ensemble).
Favorite Show and Why: Puffs, for the variety of characters and good comedy.
Favorite Thing About Acting: The community around it!

Azalea Brown
(Stephanie)
Favorite Show and Why: Waitress because of the heartwarming story and amazing music.
Favorite Thing About Acting: The creativity of acting and portraying a variety of characters.

Mimi Simons
(Kayla)
Previous DCT Roles: ‘Twas the Night Before Christmas, Miracle on 34th Street, EAT (It’s Not About Food) (Amy), and Next Stop Broadway in 2016, 2017, and 2019.
Favorite Show and Why: EAT (It’s Not About Food) because it was my first teen production at DCT and I loved the storyline, the cast, and how it was all put together in the end.
Favorite Thing About Acting: It is lots of fun to act like a totally different person and meet different people in the process.

Ruby Long
(Sutton)
Previous DCT Roles: The Pied Piper’s Magic (Young Elvabol), Miracle on 34th Street (Elf J), EAT (It’s Not About Food) (Young Girl), Ghouls and Graveyards (Girlfriend 1), and Next Stop Broadway in 2017, 2018, and 2019.
Favorite Show and Why: That I’ve been in: Miracle on 34th Street because it was really fun. In General: Spring Awakening because I love the music.
Favorite Thing About Acting: Getting to be people you wouldn’t know about otherwise.

Kai Mcghee
(Anna Marie)
Previous DCT Roles: Alice and Wonderland (Mad Hatter), A Wrinkle in Time (Narrator) and Next Stop Broadway in 2019.
Favorite Thing About Acting: The acting itself and being friends with the cast. 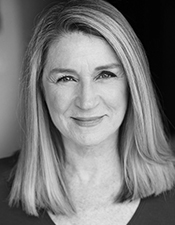 Lisa Fairchild*
(Sutton’s Mom/Coach)
Lisa is delighted to reprise the roles she originated in this amazing play. Other DCT credits include EAT (It’s Not About Food) (Calorie Woman and Others) and Lilly’s Purple Plastic Purse (Mom Mouse). She has appeared in theaters throughout the D-FW area, most recently in the critically-acclaimed Luna Gale (Caroline) at Circle Theatre. Represented by the Kim Dawson Agency, she has appeared in numerous commercial, industrial, and feature film roles. www.lisafairchild.net 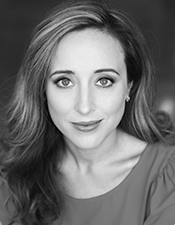 Julie K. Rhodes**
(Abby’s Mom)
Julie is thrilled to be making her DCT debut! Favorite work includes Peter Pan, Frosty the Snowman, and Buddy: The Buddy Holly Story at Casa Mañana; Who Am I This Time? at Circle Theatre; Into The Woods, A Doll’s House, Tartuffe, and Persuasion at Stolen Shakespeare Guild; and Camelot and The Golden Apple at Lyric Stage. Love to Gordon, Drew, and Maddie. Visit juliekrhodes.com