A Spotlight on DCT’s Resident Designer and Costume Shop Manager… 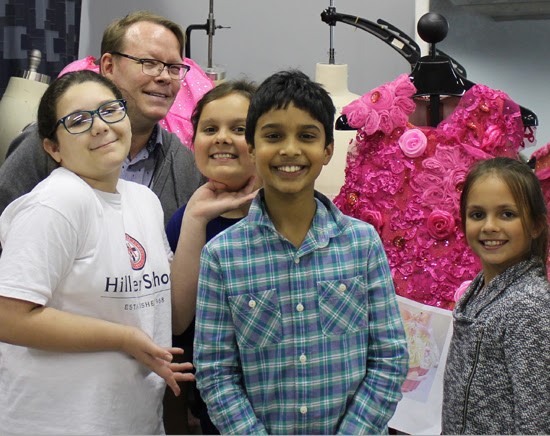 Lyle Huchton (Pictured back, center) working with students in a costume design class.

Lyle Huchton is the Costume Designer for ELLA ENCHANTED: THE MUSICAL. He is the person responsible for every petticoat, sash, and sequin that adorns these classic characters. We sat down with Huchton to discuss how he began conceptualizing and designing original costumes that – much like the show – feature traditional storybook elements with a modern twist.

What was your inspiration for these costumes? Did you get inspiration from any other fairy tales, or any classic stories?

I couldn’t really, because of the time constraint, make it a complete, full-blown fairy tale. So I came up with the idea that the stepmom and the stepsisters 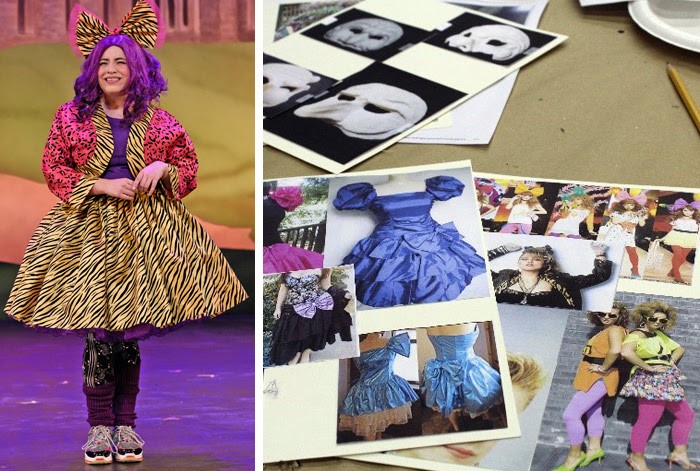 would be some kind of modern interpretation. I took the 1980s and started there with Madonna. With lots of petticoats, and the bright colors, and the leg warmers. Then, I just sprinkled fairy tale in with everybody else. The prince’s [costumes] really start out kind of modern, because his doublet (a 14th to 17th century style jacket) is made out of a blue jean jacket, and he’s wearing plaid flannel. Kind of grungy. Then he goes complete fairy tale. Then Ella’s wedding dress is a 1980s wedding dress, at the very end that she wears, and we just put on a little sash. I also researched elements of the Cinderella movie from a couple of years ago…the Disney one. I took inspiration from 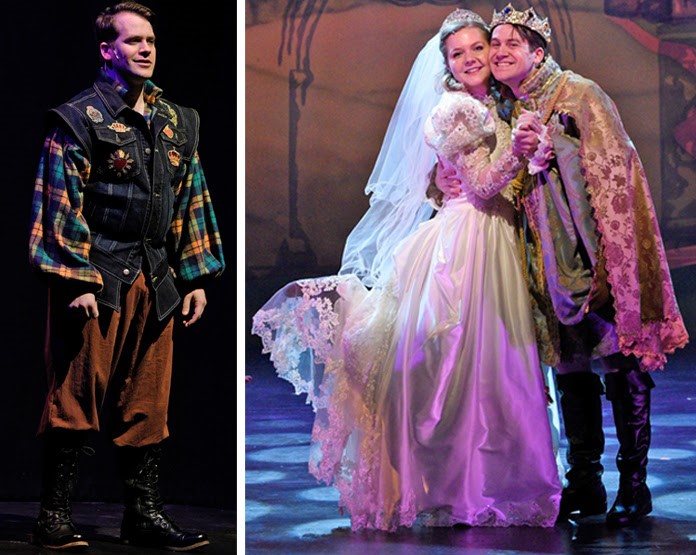 that where the stepsisters matched. Of course I made her [Olive] green, because her name is Olive, and I took a complementary color for Hattie, which would be purple.

What was one of the most difficult costume pieces that you had to create for the show?

It had to be the big swing coat that the stepmother wears at the ball. It’s based on a 1960s coat, but we had to somehow figure out the tiers, and how they would get bigger. They were smaller at the top and then got bigger. And how 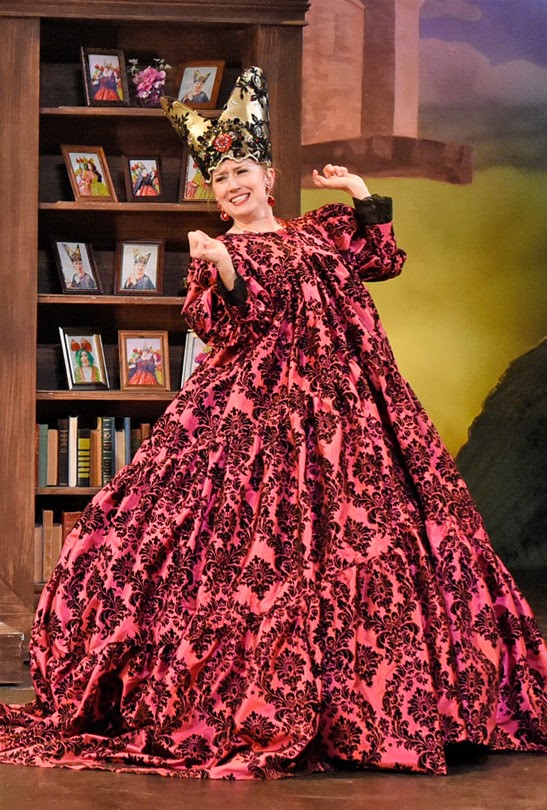 much that would take to make the ruffle around. It took some engineering and some looking at. We just did a mockup of the little center panels, and actually, that costume coat is like the cheapest thing in the show. It was about $4 a yard of fabric and it took 10 yards, so it was about $40, and it’s the most awesome thing.

What do you hope that families who see the show will take away from this production?

Well, I think they’ll take away that Ella chooses to break the spell on her own; she doesn’t have to have the prince, and she doesn’t have to fall into the line that she thinks she’s supposed to. I think that’s refreshing. I also think they will see that people can change. One of the stepsisters, she changes. Her environment is what made her who she is, and at the end she really likes Ella, and she admits it.

See all of Lyle’s beautiful costumes and enjoy a wonderful modern-day story about how Ella finds her voice when you plan your family day for ELLA ENCHANTED: THE MUSICAL at DCT!

ELLA ENCHANTED: THE MUSICAL is onstage at DCT now through Feb. 24, 2019. Recommended for ages 6 and up. Tickets available at dct.org. 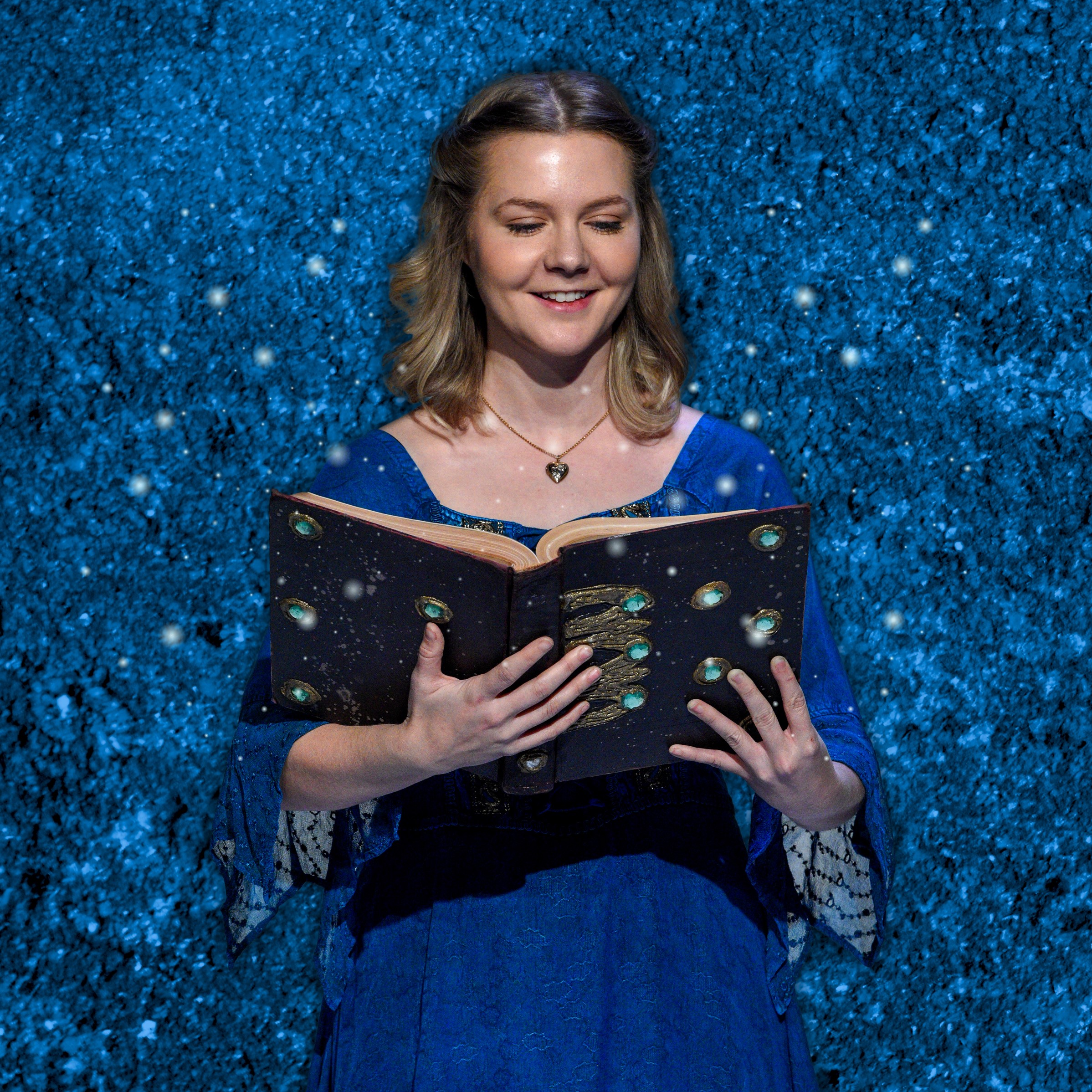