They may be few and far between, but sometimes Texans get a snow day, too! 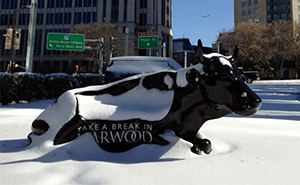 Tiny flakes fall all around the Metroplex. News crews gather to watch ice freeze on overpasses. Cars creep along slick streets. A day the world (or at least our communities) seems to stop. And no one is more excited for this day, than our children. While many of us adults lament the potential inconvenience, kids have been waiting since the first day of school to hear those two wondrous words: “Snow Day!” 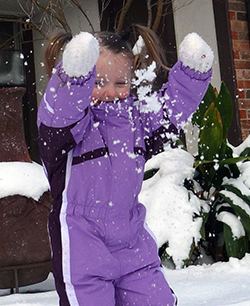 Maybe it’s because it doesn’t happen that often, or, when it does, our cities come to a halt. Or maybe it’s that our summers are so stifling that we actually crave a little chilly weather. Whatever the reason, snow days are enchanting to North Texas 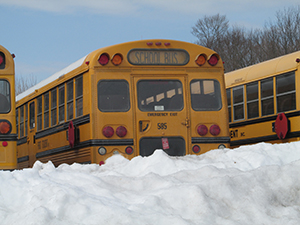 children (and children at heart). Tiny snowmen dot front yards, snowball fights with mud-caked snowballs ensue, and every little hill has the potential for sledding. We may be wearing too-snug ski wear or sopping-wet knit gloves, and the snow may actually be more ice than anything else, but that doesn’t seem to matter. For a brief moment, we get to experience Texas’s version of a winter wonderland. 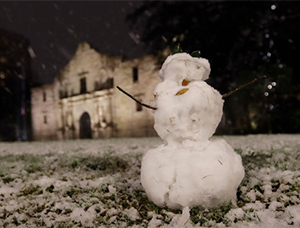 I can’t guarantee we’ll get a snow day this year (although my own children have their fingers crossed), but I do know that that if you come to Dallas Children’s Theater, you can experience the magic of a snowy day through the eyes of Keats’ beloved character, Peter.

THE SNOWY DAY AND OTHER STORIES BY EZRA JACK KEATS runs December 8 through January 20. Follow Peter and his friends as they enjoy the excitement of a fresh snowfall and the magic of childhood. For tickets, go to dct.org. 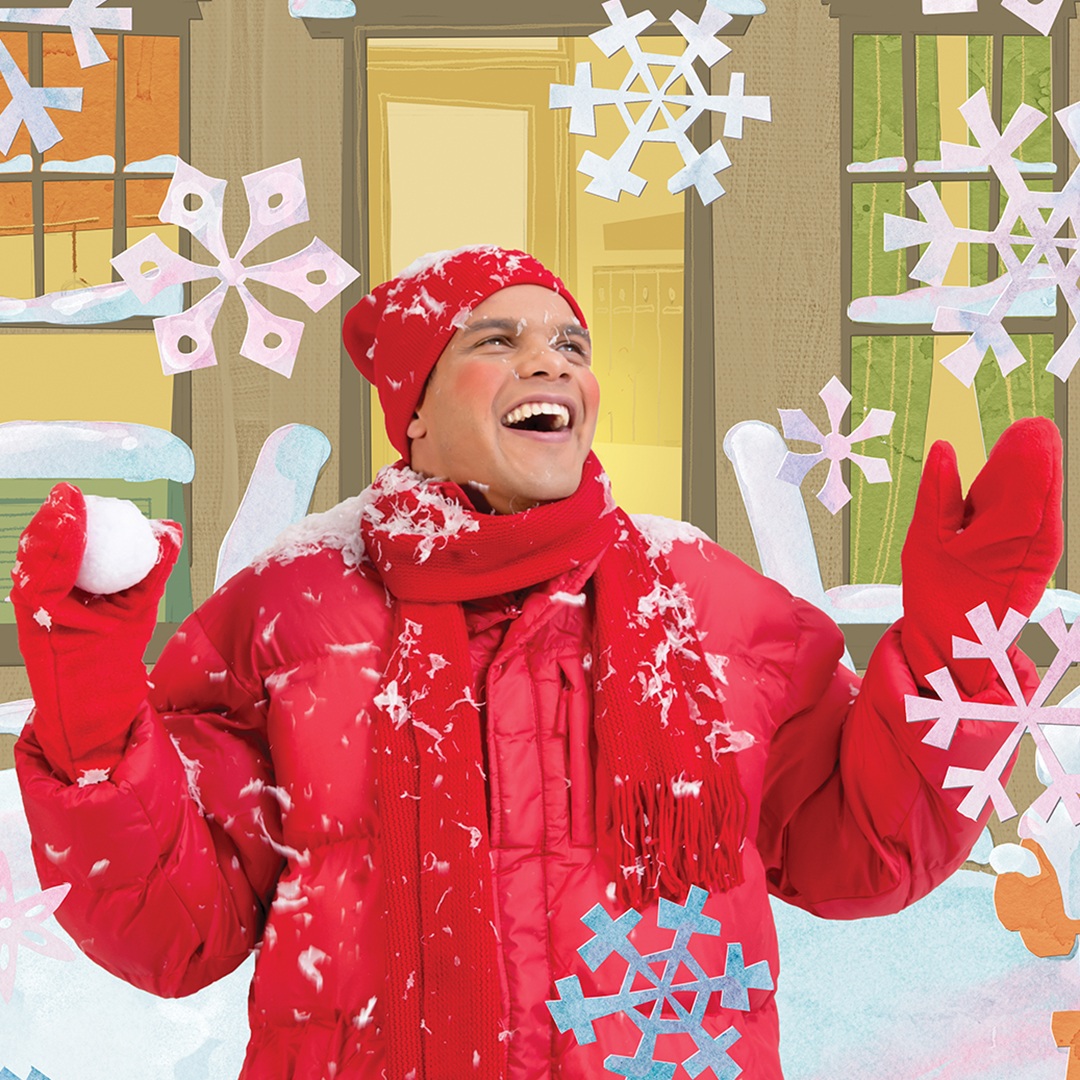 Tis the season for a glorious DCT cast…

Debbie is delighted to return to DCT where she has loved performing since 2001. She first appeared here in Honk!, and other shows include Goodnight Moon and Charlotte’s Web. Recent area appearances include Beauty & the Beast at Casa Mañana and Ripcord at Circle Theatre, for which she received a Best Actress award from the D-FW Theater Critics Forum Awards. She is a member of AEA and can proudly claim to have visited all 50 states in the U.S., as an Army brat and a touring actress. 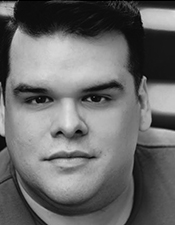 Joey is very excited to be a part of his second DCT show after appearing in last season’s production of Yana Wana’s Legend of the Bluebonnet (Chief). Joey is originally from the D-FW area, but moved to Houston when he was 13. Productions include Hairspray (Edna), The Producers (Roger De Bris), The 25th Annual Putnam County Spelling Bee (William Barfee), and The Little Mermaid (Chef Louis). Joey would like to thank the cast and crew for a wonderful production. 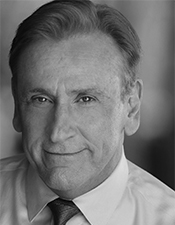 Bob is delighted to be back at DCT, having appeared in Miracle on 34th Street (Mr. Sawyer), The True Story of the Three Little Pigs (Alexander T. Wolf), and A Year with Frog and Toad (Frog). Both onstage and on camera, Bob has worked extensively in the Metroplex for the past 36 years, appearing in and/or directing on the stages of nearly every professional theater in D-FW. He is a six-time recipient of the D-FW Theater Critics Forum Award (La Cage aux Folles, The Nance, and Vanya and Sonia and Masha and Spike at Uptown Players; Vieux Carré and The Odd Couple at Theatre Three; and A Year with Frog and Toad at DCT).  Bob holds his B.F.A. and M.F.A., both summa cum laude, from the University of Kentucky and Trinity University, respectively, and serves as an adjunct professor of theater at the University of North Texas. 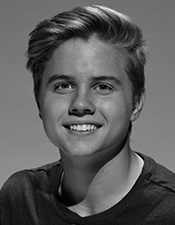 Derril is very excited to make his Dallas Children’s Theater debut! Other productions he’s been in include Pippin, Seussical, Gypsy, and Aida at The Firehouse Theatre; and Kiss me, Kate (Bill Calhoun) and Peter and the Starcatcher (Peter) at Genesis Children’s Theatre. Special thanks to Nancy and the wonderful cast and crew. 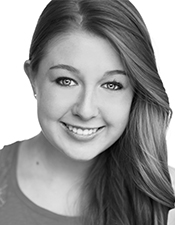 Gena is excited to return to DCT.  She previously appeared in Seussical™ at DCT and has also performed locally in Kiss Me, Kate and My Fair Lady at Garland Summer Musicals, and Sister Act (Sister Mary Lazarus) at MainStage Irving-Las Colinas. Earlier this year Gena toured with ArtSpot, an educational theater company that brings theater to students around the world to aid in English studies. 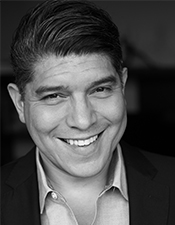 Audiences may recognize David from his work at Dallas Theater Center in Oedipus el Rey, Undermain Theatre, Theatre Three, Uptown Players, and Shakespeare Dallas, to name a few. He is one half of the improvisational comedy duo Lugo & Long.  Mr. Lugo recently appeared in the feature film I Did Not Forget You, which debuted at the Los Angeles Independent Film Festival.  He has countless television commercials to his credit.  David is also a voice over artist, and can be heard on radio and TV across the United States. He is represented by the Kim Dawson Agency, and can next be seen in Guadalupe in the Guestroom at WaterTower Theatre. 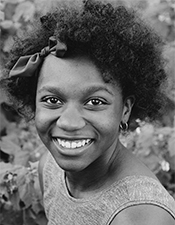 Ania is thrilled to be a part of her first production with DCT. Most recently she was seen in Newsies with Lyric Stage. Other credits include A Chorus Line with Uptown Players; Elemental: Nature’s Rhapsody with the AT&T Performing Arts Center’s Elevator Project; and many productions at The Firehouse Theatre. She is a graduate of R.L. Turner High School and plans on studying musical theater in college. Much love to the DCT production team and KA for all the love, support, and opportunities! 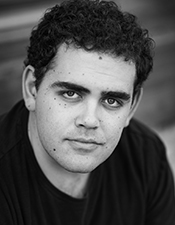 Steven is thrilled to be returning to Dallas Children’s Theater after his incredible experience starring as Captain Braid Beard in the recent national touring production of How I Became a Pirate. He has also appeared in Bye Bye Birdie (Albert Peterson) at The Firehouse Theatre, A Man of No Importance (Rasher Flynn) at Brick Road Theatre, and The Producers (Franz Liebkind) at Garland Summer Musicals. Most recently, Steven appeared in Man of La Mancha (Pedro) at Theatre Frisco. Steven would like to thank his mom, Susan; his grandparents, Gerald and Virginia; and the rest of his amazing family and friends for their love and support. 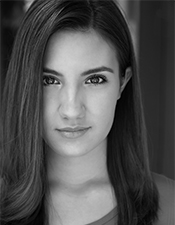 Grace is thrilled to be back on stage at DCT! Select regional credits: A Little Night Music (Fredrika Armfeldt) at Theatre Three; Fiddler on the Roof (Shprintze) at Lyric Stage; and Mamma Mia, The Little Mermaid, and Bloody Bloody Andrew Jackson at Casa Mañana. Equity Membership Candidate. Represented by Core Talent. @egracemoore 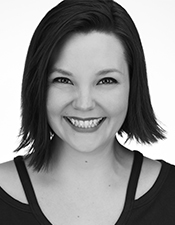 Olivia Grace Murphy is elated to be making her Dallas Children’s Theater debut! Usually you can see her at DCT working in the Box Office. Select Local Credits: Perfect Arrangement at Uptown Players, A Minor Case of Murder! at Pegasus Theatre, The Secret Garden at Brick Road Theatre, Dancing at Lughnasa at Contemporary Theatre of Dallas, and Marilyn Pursued by a Bear at Theatre Three’s Monday Reading Series. Select Regional Credits: The Life and Adventures of Nicholas Nickleby at Orlando Shakespeare Theater, Camelot at Texas Shakespeare Festival, and Sharknami: The Musical? at Orlando International Fringe Festival. Olivia is also part of the creative team of Flexible Grey Theatre Company in Dallas. Love to her Florida family, Texas friends, the DCT team, and Audrey. 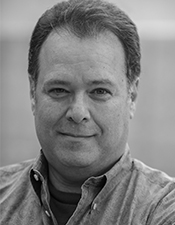 Randy is excited to be returning to the DCT stage, and this time he’s not in a pig outfit.  His last appearance was in Charlotte’s Web where he played the winning pig Uncle, as well as the Narrator, Dr. Dorian, and the Fair Announcer. Randy has also been part of the DCT family for the last four years as House Manager, Store Coordinator, and part of the Box Office staff. He has appeared at many D-FW theaters, is a member of AEA, and is represented by The Horne Agency. 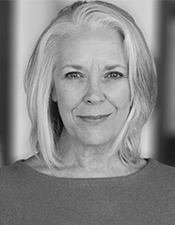 Wendy is happy to share the holidays at DCT. Past DCT shows include ’Twas the Night Before Christmas and Hans Brinker or the Silver Skates. Local and regional credits include: Last One Nighter on the Death Trail; A Little Night Music; The Light in the Piazza; Caroline, or Change; Bloody Bloody Andrew Jackson; Elegies; Pride and Prejudice; Vanya and Sonia and Masha and Spike; The Unmentionables; The Matchmaker; Death of a Salesman; Damn Yankees; Follies; The History Boys; and Best of Forbidden Broadway. She has directed a number of musicals locally, most recently The Light in the Piazza at Brick Road Theatre. Honors include a Leon Rabin Award and three D-FW Theater Critics Forum Awards. An SMU Theater graduate, she teaches and coaches in her private voice studio, master classes, and camps. TV/Film/Commercial credits include: Murder Made Me Famous; Occupy, Texas; (selected as best Sci-Fi film of 2013); Mutual of Omaha; Baylor Hospital; JC Penney Christmas; Good Feet Arch Supports; Blackmon Mooring; and more. Represented by the Mary Collins Agency. Proud member of Actors’ Equity. 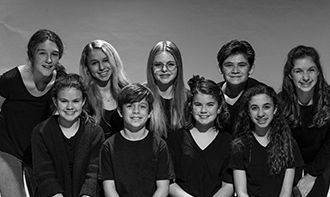 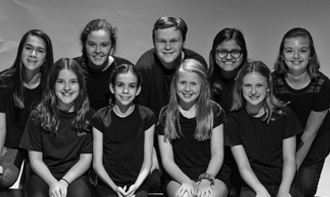 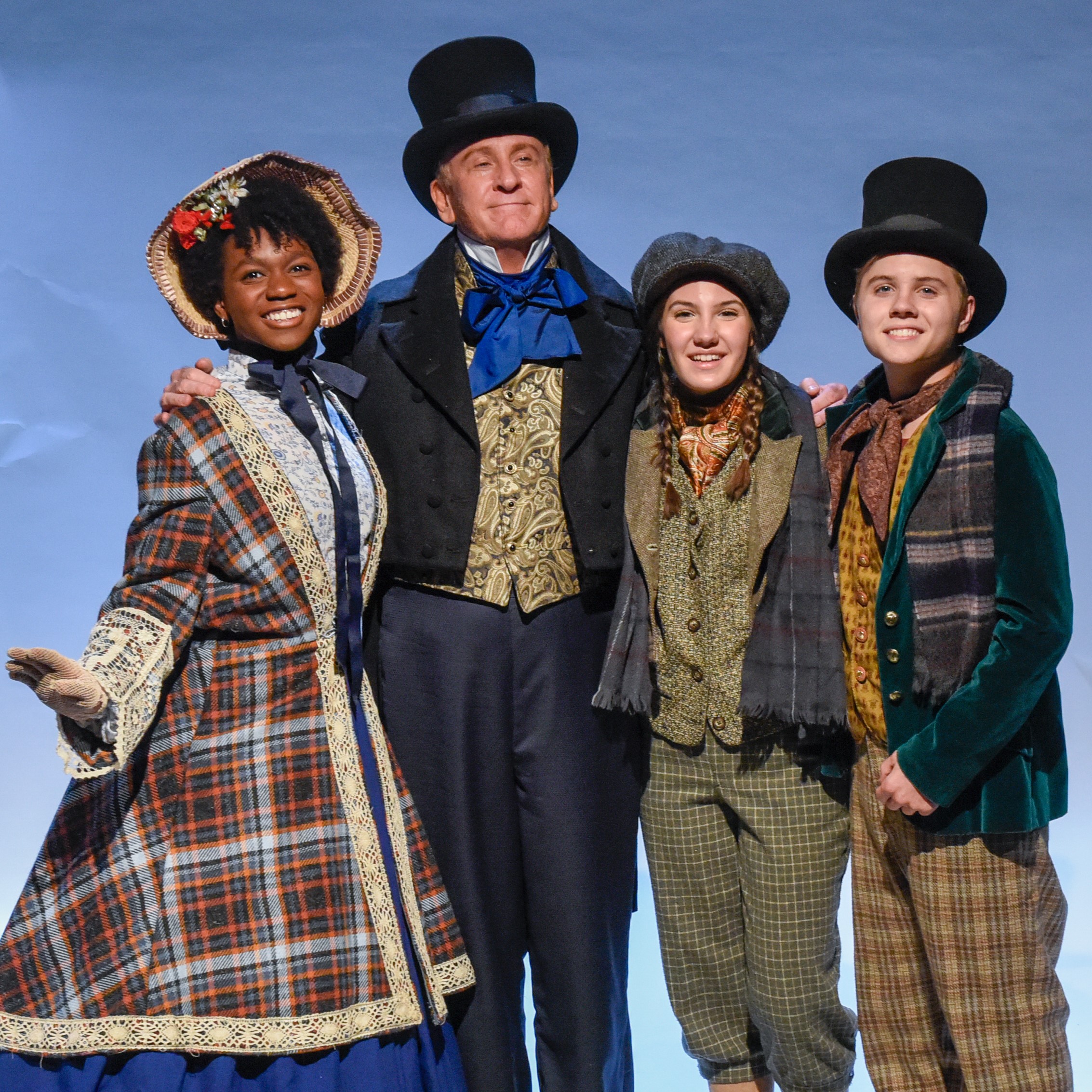 Magic Tree House, the #1 bestselling chapter book series of all time, premieres this large-scale, holiday-themed spectacular in Dallas! Be among the first to see brother and sister duo, Jack and Annie, whisked back in time aboard their magical tree ride to the foggy streets of Victorian England. Their mission: to help the famous writer Charles Dickens overcome a terrible bout of writer’s block. With a little help from three ghost friends, Jack and Annie learn how charity and kindness can change the course of history. No “Bah Humbug” here…this musical is a fantasy adventure filled with wonderful songs and dances of the season!