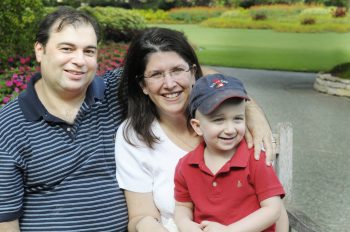 What advice do you have for parents whose child has a serious illness? Whose child has died?
My advice for parents who have a child with a serious illness is to make memories and take lots of pictures and videos. You can never have enough pictures and videos of your child. I would encourage them to try and do something fun with their child. Go to the park; go to the circus; do something you normally wouldn’t do because those are the moments you are going to remember the most. You might think “we have so many bills—we just can’t afford tickets to a play or a drive to the beach for the weekend.” But it’s something you won’t regret. Seeing the joy on your child’s face is worth it. Remember they are kids—kids just want to have fun with their parents. It really doesn’t matter what you do—just spend time together and make memories.

My advice for parents who have lost a child is to talk about your child often. Keep their memory alive by talking about them. Don’t worry if it makes others uncomfortable. Your child lived and left a mark in this world. Don’t forget that. 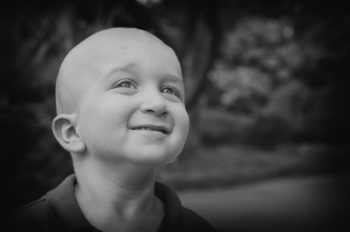 How has all of this changed you?
Losing a child is so hard. Of course it has changed me. I am much more compassionate. I think I was compassionate before losing Ryan, but since losing him, I feel like I need to really help those who are going through the unthinkable. I know what it’s like to watch your child struggle and fight for his life. And I know what it’s like to lose a child. Of course I wish nobody had to endure this pain and heartache, but if there are people who have to endure this, I would like to think I could offer them some compassion and help in any way I can. I don’t think I would have known what to do before. I am much more emotional. I was a very emotional person before Ryan died. I always cried at sad movies. Andy jokes that I used to cry at an Applebee’s commercial because a young neighbor brought dinner to her elderly neighbor, and it would make me bawl. Now, since Ryan’s death, I might hear a song on the radio that reminds me of him and just cry uncontrollably in the car. Oftentimes, I’m at Dallas Children’s Theater with Emily and I think about Ryan because I know he loved seeing HOW I BECAME A PIRATE, and I start crying during the middle of the play. Lastly, I appreciate the positive things in my life much more. I don’t take anything for granted anymore. 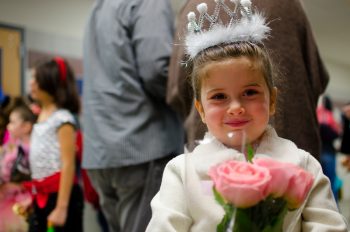 What does Emily know about her brother?
Andy and I talk about Ryan to Emily all the time. We have Ryan’s pictures displayed in our home, and we openly talk about him. She knows he was a happy boy whose favorite color was turquoise. She knows his favorite TV show was The Wiggles. She knows he loved sorting pompoms and pencils and crayons and anything he could get his hands on. She also knows he was very sick and was very brave and strong. She knows he picked out her name, “Emily.” She knows he loves her very much and is in heaven looking down on her with so much pride and love.

Has Emily been involved with anything Foundation-related?
Every Halloween, the foundation puts together goodie/treat bags for the kids receiving chemo at Children’s Medical Center – Dallas. We personally deliver these bags to the kids on October 17th (Ryan’s birthday). Emily has been involved in this activity since she was about three years old. She helps me pick out what toys and treats we put in the bags, and once we receive everything at the house, we set up an assembly line on the dining room table and put one of each toy in about 50-60 Halloween bags. This is something she always looks forward to doing. Andy, Emily, and I take the bags and hand them to the kids every year. Emily loves being involved in this because it makes her feel closer to her brother. I love doing this as a family every year and think it’s important to expose Emily to this life her brother lived.

Coming Up Next: In part 3 of this three-part series, the family talks about their excitement of seeing the show HOW I BECAME A PIRATE for the very first time.

Photos: Courtesy of the Goldblatt Family, and Ryan Diller 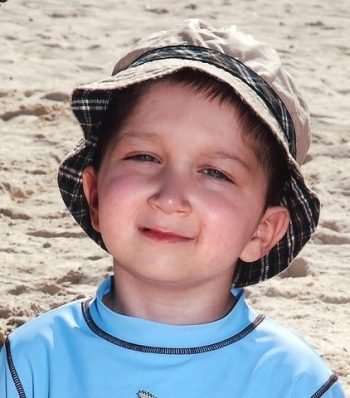 In this three-part series, Joanne—with input from family members—discusses her son, the Ryan Goldblatt Foundation, and DCT’s upcoming production of HOW I BECAME A PIRATE, which is being dedicated in Ryan’s memory.

What do you want people to know about Ryan?
Ryan was such a happy boy and always eager to please. He never let cancer get in the way of living a happy life. He loved people, especially grownups. Ryan always preferred adult company over kid company. He had a way with adults that made them feel comfortable around him. Even adults who didn’t have kids of their own and didn’t like being around kids loved hanging out with Ryan. He was an old soul who could capture the hearts of everyone he met. 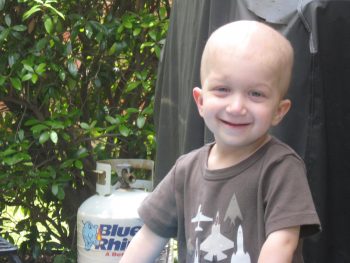 Tell me a little about Ryan’s love of pirates and the book/play How I Became a Pirate.
Ryan had a huge library of books. Huge. Ryan had a year-long chemotherapy protocol. He was receiving chemo every three weeks for a year. Because of this very rigorous treatment plan, we had to be very careful with him as far as exposing him to others and exposing him to activities and events outside of the hospital or our home. He had very low blood counts most of the time and was very susceptible to getting sick or infections. Because of this, we had to spend most of the year at our home and entertain him with toys, games, TV, and books. Ryan loved reading books. We had a hundred books in his bookcase. I have no idea who gave us the book How I Became a Pirate. We had visitors come over to our home and the hospital all the time. Visitors never came empty-handed. Someone gave us the How I Became a Pirate book, and Ryan loved it after the first time we read it to him. He wanted us to read it again and again. We read that book at least three or four times a week. He loved when the pirates were talking about eating “THE MEAT!!” Ryan would always say, “THE MEAT!!” That was his favorite part. 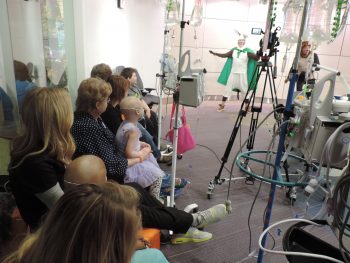 Tell us about Ryan seeing the show. How did he react?
We were not familiar with Dallas Children’s Theater prior to Ryan’s cancer diagnosis. A friend of ours mentioned to us that DCT was putting on a production of HOW I BECAME A PIRATE and that we should take Ryan to see it. I couldn’t believe it! I never considered taking Ryan to a play before. We knew we had to take him to see this play. Ryan’s grandparents offered to take him. They were excited to spend the day with Ryan, and they knew Andy and I could use a few hours to ourselves. We chose a performance where we knew Ryan’s counts would be high enough to leave the house for a few hours. When we told Ryan he was going to see the HOW I BECAME A PIRATE play, he was over the moon! He had never seen a play before. I’m not sure he really understood what a play was, but he knew it was something special and it was about Braid Beard, so how could it be bad? I remember when the grandparents came and picked him up—he was so happy and excited! He had a smile on his face from ear to ear. When he returned from the play, he came running to us and was eager to tell us all about it. He loved it! The story came alive right before his eyes, and it was nothing short of amazing for him. It was the first and only book he read that turned into a live-action play. 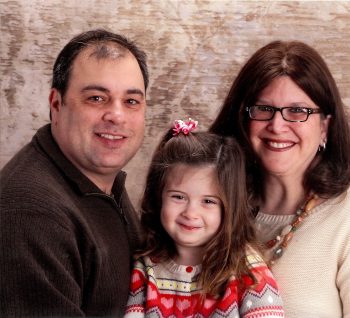 How did the Ryan Goldblatt Foundation come about?
After Ryan passed away, Andy and I knew we needed to form a foundation in Ryan’s memory. Eleven months after Ryan died, we received notification that our foundation had been approved and was officially a non-profit organization. In the beginning, our focus was to give back to Children’s Medical Center – Dallas and also to give back to all of the worthy organizations that helped us during Ryan’s illness, including the Make-A-Wish Foundation, Heroes for Children, and Wipe Out Kids’ Cancer, just to name a few. About four months after Ryan died, our daughter Emily was born. When Emily was two or three years old, we started taking her to plays at Dallas Children’s Theater. It was then that it dawned on us that we should partner with Dallas Children’s Theater and expand our focus. Our new focus was to provide theater entertainment to kids fighting cancer. We saw firsthand the effect it had on Ryan, and we wanted to give that experience to other kids fighting cancer. With this inspiration, DCT is now making 3 – 4 promotional appearances per year at the hospital for all the children to see. It gives the kids a much-needed distraction from their difficult days in the hospital. We are extremely proud of this partnership between our foundation, Dallas Children’s Theater, and Children’s Medical Center – Dallas.

Coming Up Next: In part 2 of this three-part series, mom Joanne shares candid thoughts on what it’s like to lose a child.