This week, the Dallas County Commissioners Court gave special public recognition to co-producers Dallas Children’s Theater and Cara Mía Theatre Company for creating YANA WANA’S LEGEND OF THE BLUEBONNET.  This landmark play puts front and center the contributions and legacy of the Coahuiltecans who originated in Texas more than 14,000 years ago.

Whereas, Dallas Children’s Theater commissioned the play and worked throughout the state of Texas and beyond with Roxanne Schroeder-Arce, Austin playwright, Dr. Mario Garza and María Rocha of the Indigenous Cultures Institute in San Marcos, Héctor Martínez Morales of Sonora Mexico, Fernando Hernandez and Evelio Flores of Dallas to bring authenticity and relevance to Yana Wana’s Legend of the Bluebonnet; and

Whereas, co-producer Cara Mía Theatre Company and David Lozano served as Dramaturg and devoted valuable cultural expertise and resources to the project including the costume design created by Frida Espinosa-Müller; and

Whereas, it is important to preserve the heritage and value of everyone’s cultures including stories, customs and traditions such as found in Yana Wana’s Legend of the Bluebonnet; and

Whereas, Yana Wana’s Legend of the Bluebonnet demonstrates how powerful it is in finding your identity and, how important it is to own it and to be proud of it; and

Whereas; Yana Wana’s Legend of the Bluebonnet demonstrates how every individual has to have a sense of responsibility to always do the right thing for family, friends, neighbors and our Earth’s resources; and

Whereas; Yana Wana’s Legend of the Bluebonnet demonstrates how each of us is an important and integral part of our community and how together with identity and responsibility, we look out for our community and strive to make it better; 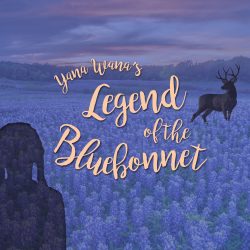