Reading allows us to discover worlds filled with great, imaginative characters – like dinosaurs and tigers. Before TOMÁS AND THE LIBRARY LADY opens on March 24, we talked with director Robyn Flatt to learn more about the production. 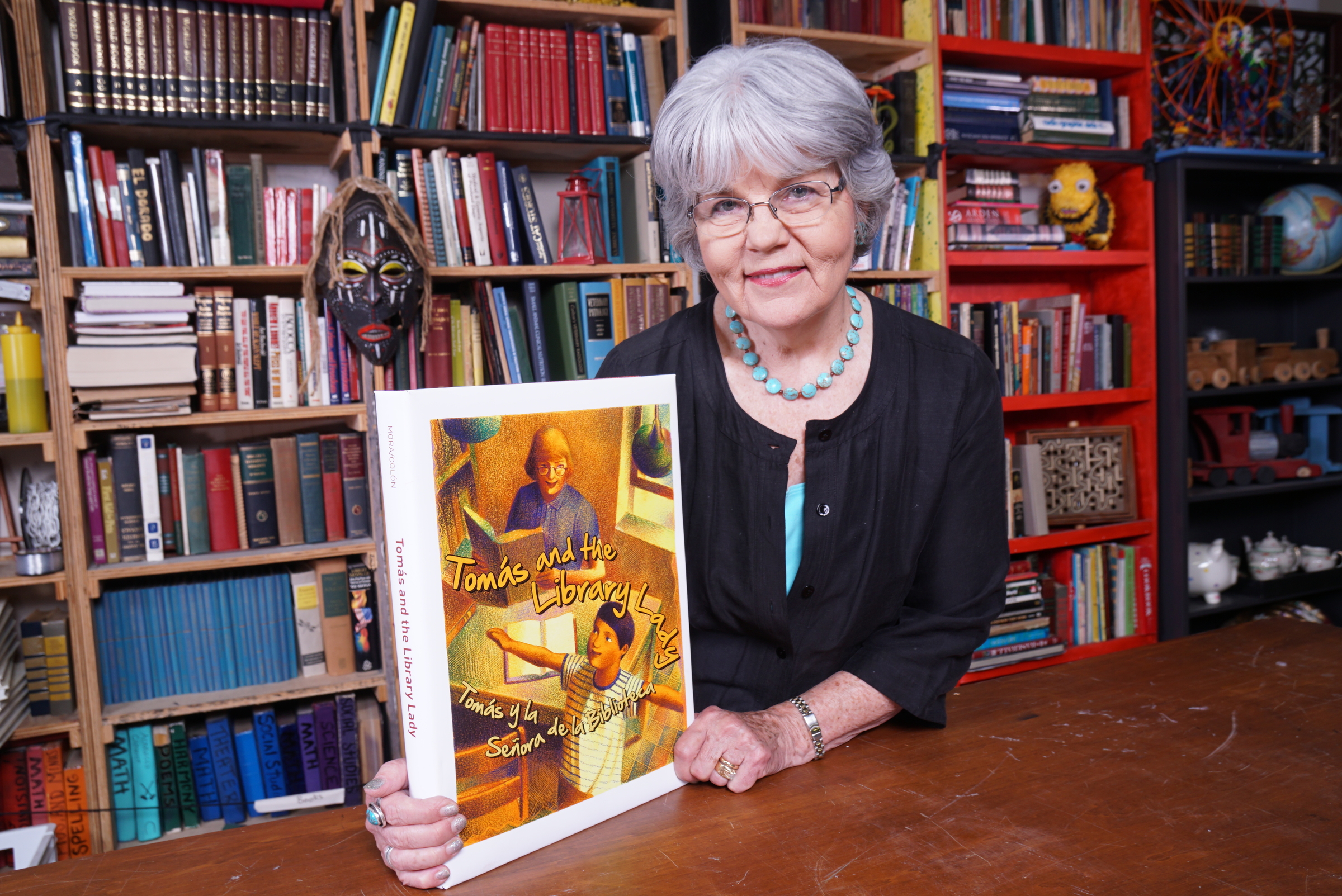 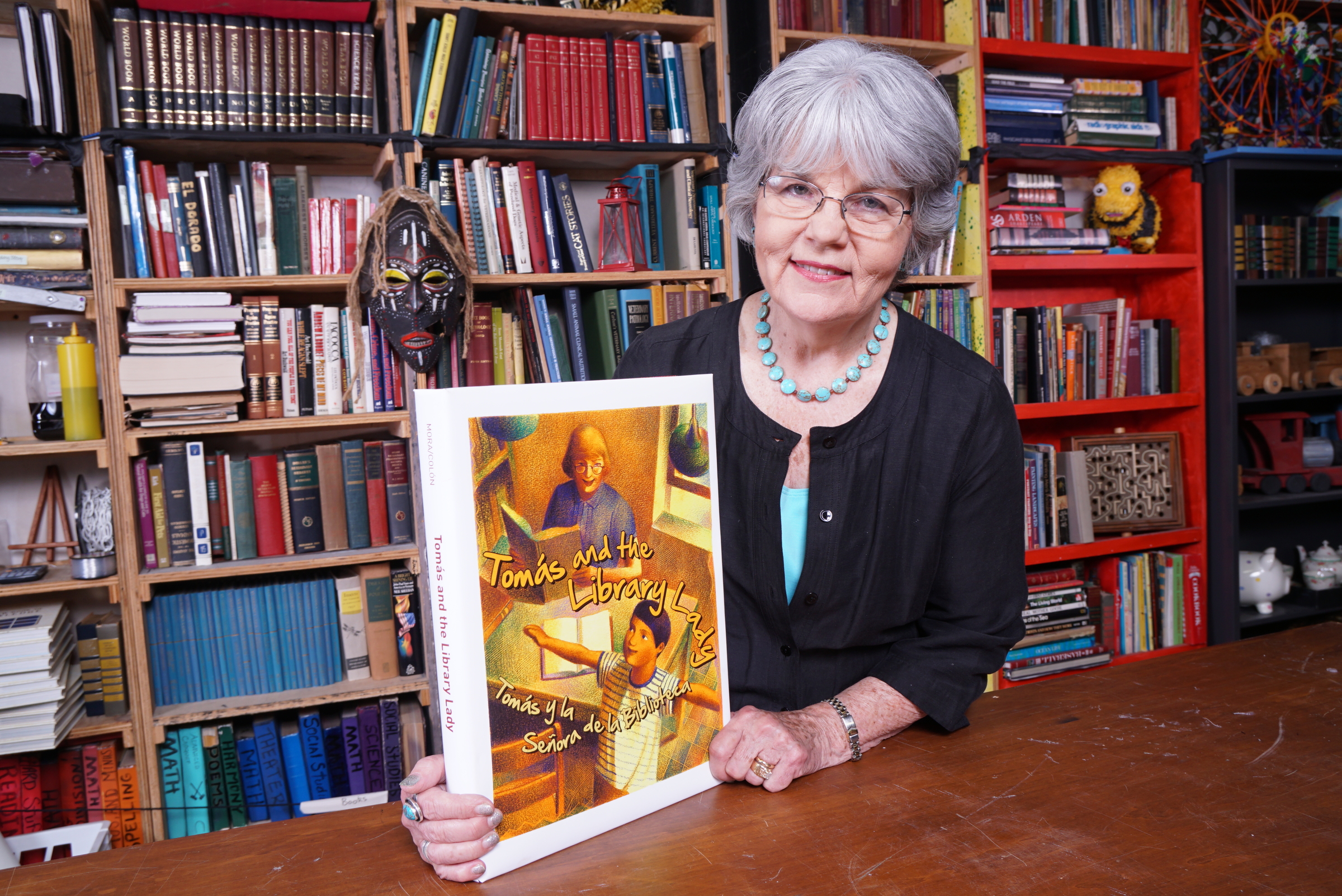 Describe TOMÁS AND THE LIBRARY LADY from your perspective.

Tomás is a young child struggling to find his place in the world. He’s having a terrible time at school, partly because he is in and out of different schools so much, and he doesn’t get a chance to really know anybody.  He doesn’t speak the language that the teacher speaks so even though he tries, he’s not able to keep up. He’s mistreated because people are impatient with him and they think he’s stupid. People miss him as a person because he can’t compete on the level with the other students.

I relate that to my daughter who has dyslexia, a learning difference which I didn’t even know she had until she was in the 2nd grade. Unlike Tomás, she was very verbal and could pick up stories to tell and relate them to everybody, but when it came to reading, she just couldn’t do it. Many of her teachers were in a way a little bit mean to her, and I think that’s exactly what we see in this play. I think it’s not only someone who has a language difficulty, but anybody that is not somewhere in that “normal” range. Anybody that comes in that is different in any way is subject to being ostracized or bullied or dismissed; at least made to feel ignorant and not worthwhile. 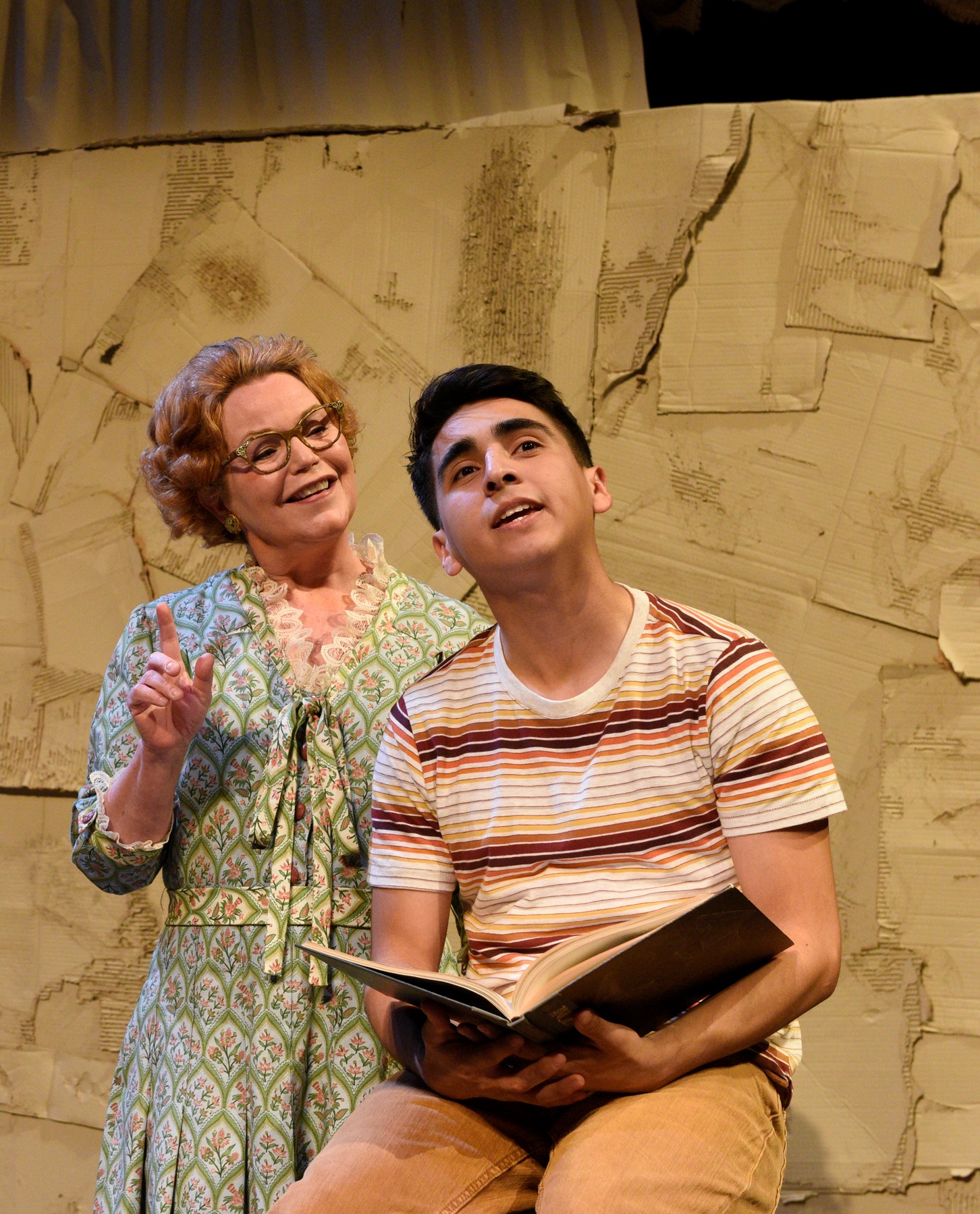 Give me 3 words to describe TOMÁS AND THE LIBRARY LADY.

I think it’s an inspiring story because it’s real. It’s very imaginative, and it highlights some of the really beautiful parts of family that are inherent in the Latino culture.

What do you like most about TOMÁS AND THE LIBRARY LADY?

I like most that you see the world from the point of view of the child. You see his struggle, and you empathize with him and then you celebrate with him at the end.

What experience are you trying to create for audiences viewing TOMÁS AND THE LIBRARY LADY?

I want them to have a good time. I want them to enjoy it. I want them to appreciate the Latino/Hispanic culture. It’s a migrant family, and we don’t tend to value them very much. Just because someone doesn’t speak my language doesn’t mean they’re stupid. If you’re in their country, you don’t feel that way about yourself. 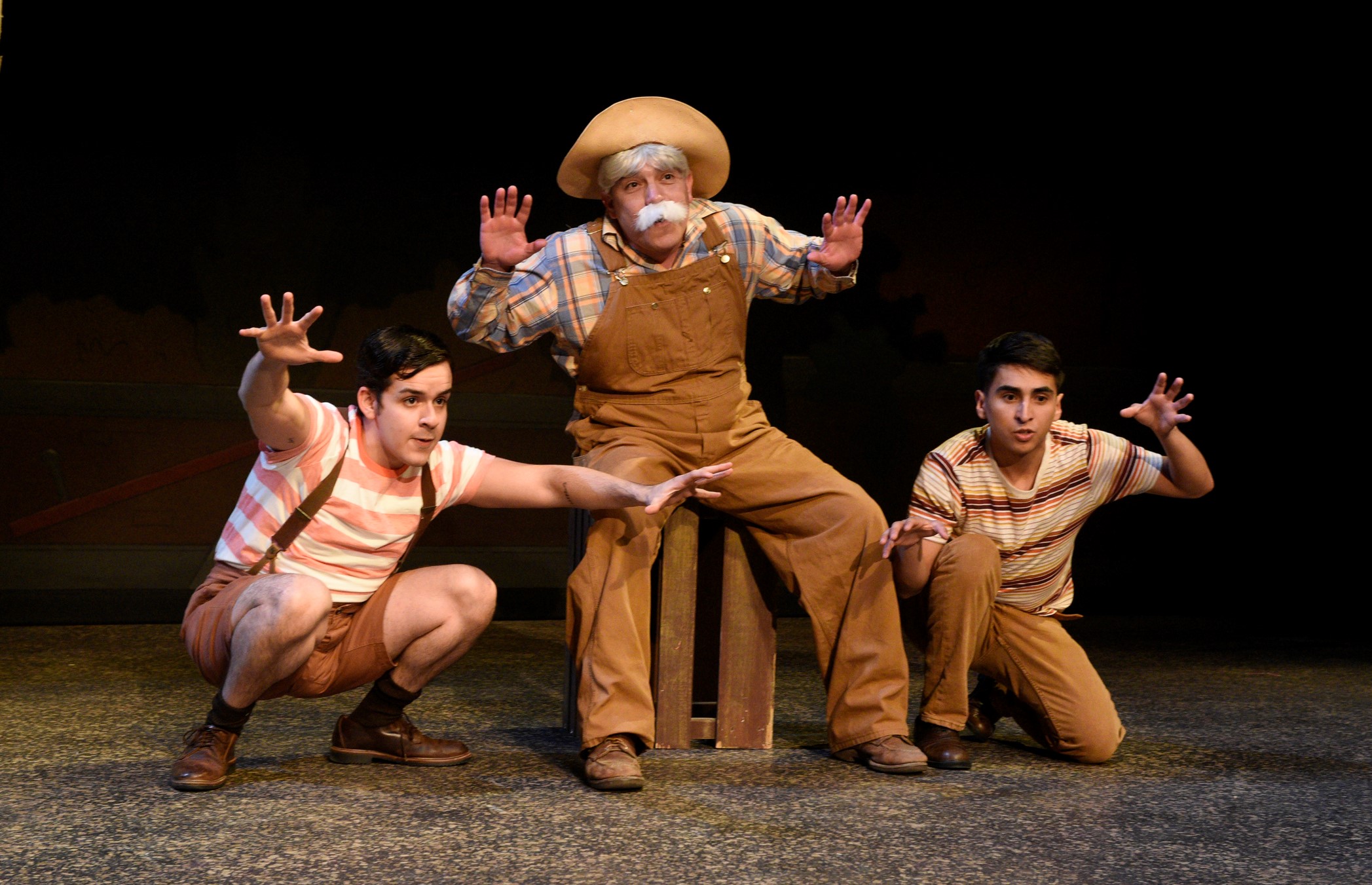 I think it’s great! I think it’s fun because you get to shape a story. You get to work with all these different individuals, not only the cast members, but the designers around the show, to help bring it to life. It’s a discovery; it’s developing your curiosity and sharing that with other people. I’m very much a team player, therefore I really like hearing the ideas of the other people, and I think my job is to bring those into a unified whole. That way, the story we tell is as strong and cumulative as possible.

All my life I’ve seen this. I’ve seen kids come in who were very shy and felt kind of outcast. They weren’t accepted in the sports world or they weren’t the top of their class. They weren’t on the school council, or one of the popular kids. So their school sort of tells them, “You’re not up to par, you’re not worthy.” They come to DCT discover who they are and that they can do something other people can’t. The great thing about theater is the diversity of skill, culture, and age – all of that is what makes it work. So we value all of those things, and when we put that together and that kid feels part of a team, he feels the energy of the larger picture and it propels them; it changes their life.

For instance, I had a father of this kid who completely changed because of DCT. I needed the father in the show but his wife said you can’t be in that show unless you take our child with you. So we had the kid [there at rehearsal] but we didn’t really have a part for him, and he really didn’t have much experience. I decided to make him a junior pirate, and he was there doing some of the things the pirates did. The kid was very hyper and moved around a lot, but he was in the show and actually ended up doing a pretty good job. The next year, I needed the same actor so he came and he said, “I don’t know what you did to my son, but he was struggling to make C’s and since that experience, he’s making A’s. He learned how to focus; it’s just took a simple little thing like giving him a chance and a way to express himself. 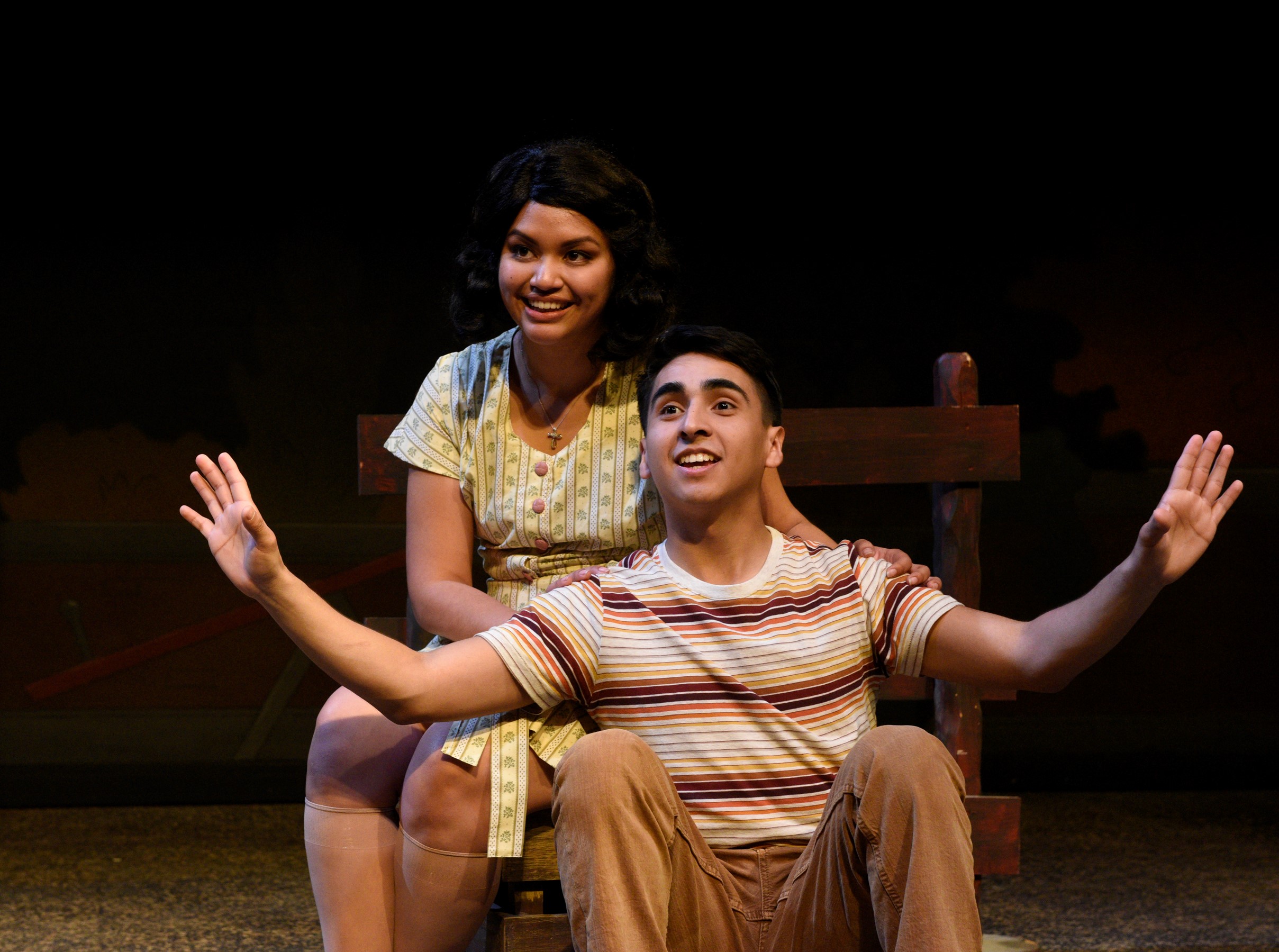 I love the multigenerational audience, so that leads you kind of away from doing the avant-garde and some of the other really harsh stuff. I feel like there’s a lot of energy going into theater for adults already; I don’t think there’s enough energy going into quality arts for young people. Since the schools have dropped out on that, it’s imperative that we have really strong, quality programs for young people and their whole families. That’s where we’re going to inspire the next generation, and if we’re not doing that, we’re not doing our job.

*Shows a picture of Eva Schloss and cast members from the play about her life, AND THEN THEY CAME FOR ME*

One really memorable thing: I’ve had the joy of directing [Eva’s] script now several times, and she’s come every single time and talked to the audience afterwards. She is a Holocaust survivor; she has the tattoo number on her arm. She’s one of the bravest, most optimistic, open, wonderful people I’ve ever met. The way she handles talking to kids about her experience is wonderful. After the show, she would stay there for however long people wanted to talk. We had to cut it off after a while. She would stay and answer questions one after the other. They would ask tough questions, but she always responded with beautiful answers.

What’s your favorite children’s story? Why?

The play, TO KILL A MOCKINGBIRD inspired the opening of the theater, but The Secret Garden is my favorite children’s story. Alice in Wonderland also has a special place in my heart because I grew up reading those stories. 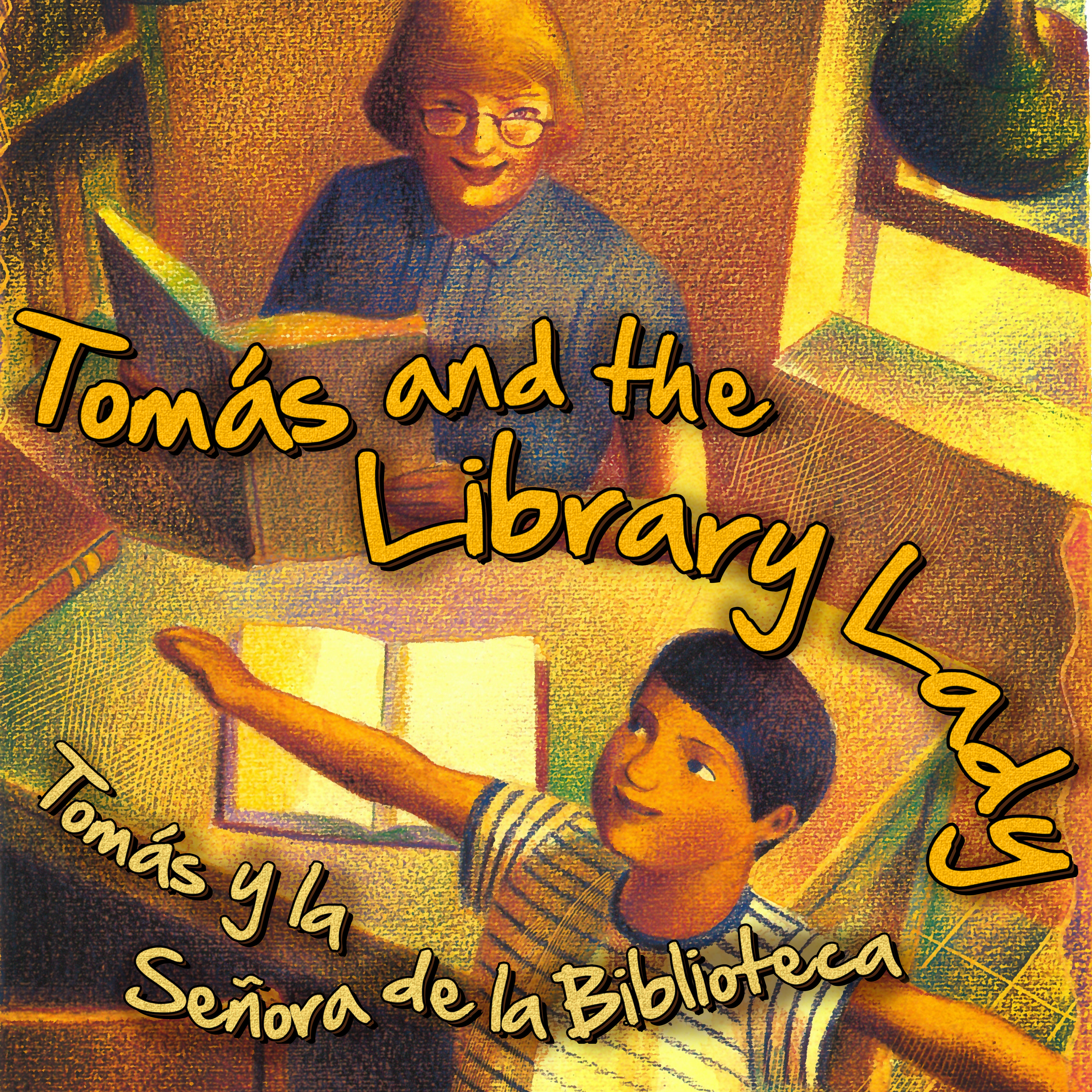 Join us for a performance of TOMÁS AND THE LIBRARY LADY, and gain a better understanding of the sacrifices some parents make to give their children a better life. This inspiring true tale of how reading and stories help us all escape is on the DCT mainstage from March 24 – April 2. For tickets and additional information about the show, visit dct.org.