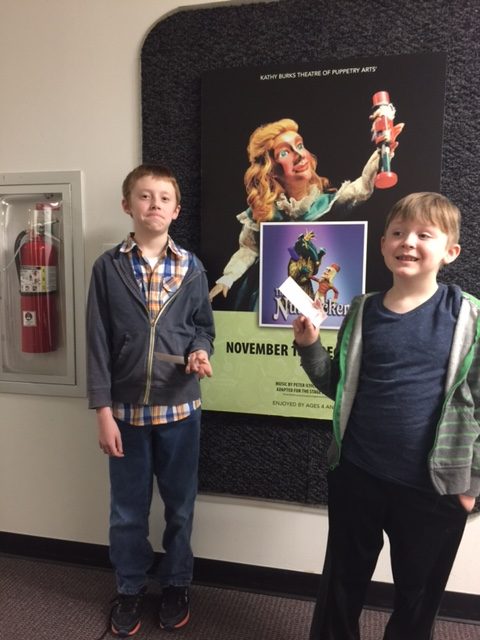 My family and I were able to spend an unforgettable day kicking off the holidays at DCT by attending both holiday productions! Each show is about an hour in length which made for a perfect “mixed nuts” outing with one show featuring both the Peanuts Gang and the other, the timeless Nutcracker.  We started off with THE NUTCRACKER. As we walked into the lobby, we were immediately greeted by a ten-foot tall Nutcracker who asked my boys, Chris (11) and Adam (7) to give him a high five. They were immediately ready for some fun!

We went into the Robyn Flatt Studio Theater to take our seats for THE NUTCRACKER. Chris was a little apprehensive about how close we were to the stage, so his Granny Pat took him out to see the display cases with the puppets so he would know they were not going to be frighteningly large. Of course once the lights go down, they look so much larger due to the magic of the black theater.

The laughter started right off. 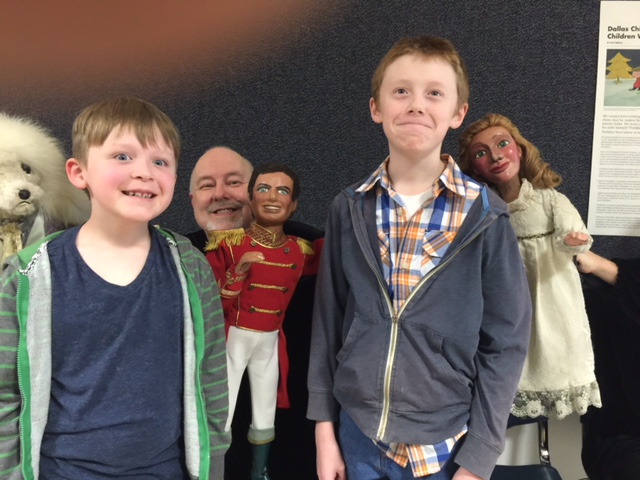 This was my first time to see Kathy Burks’ Theatre of Puppetry Arts’ adaptation of THE NUTCRACKER, and I must admit that as an adult, I was drawn in by all of the surprises. I wasn’t prepared for how much physical humor could be created using puppets! The boys also loved the voices. They both laughed out loud throughout, especially during the battles with the Mouse King. I don’t want to give too much away, but we all loved the show and were so excited to meet the puppets in the lobby afterwards.

Adam is due to go see THE NUTCRACKER ballet on a field trip later this month, and not only did he get a short (and funny) lesson on the writing of the ballet (as expressed by puppet Tchaikovsky himself), but he also got a condensed and super-kid-friendly puppet version that will help him follow the ballet so much better! 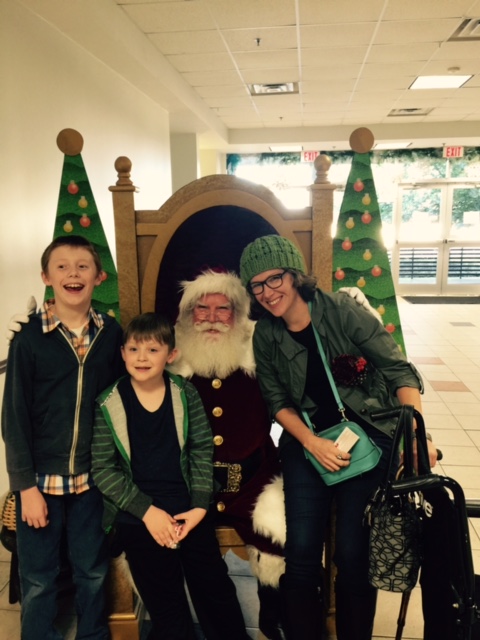 Before the production of A CHARLIE BROWN CHRISTMAS, we took some time to visit Santa in the lobby. He was as kind and jolly as you would expect of Santa, and Adam had plenty of time to give him an exhaustive list, including what he wanted to eat for Christmas dinner! Santa got him giggling just by being his charming self. Santa was gracious enough to let me sit on his lap as well!

Our day continued with A CHARLIE BROWN CHRISTMAS. I went in very familiar with the TV special, but the boys were experiencing it for the first time. We had fallen in love with a couple of the actors, Christopher Curtis and Steph Garrett when we saw SEUSSICAL THE MUSICAL earlier this fall, but they wer

e almost too cute to handle in this production. Charlie Brown was round-headed perfection, and we were sitting where we could see him up close as he pondered the meaning of Christmas.

All of us were smiling from beginning to end with several hearty laughs throughout. It was as if I were watching the Christmas special come to life before my eyes, and for the boys, it was personifying Christmas and giving it meaning in a way they could understand.

After the show, Adam went directly to Charlie Brown’s line and was thrilled to 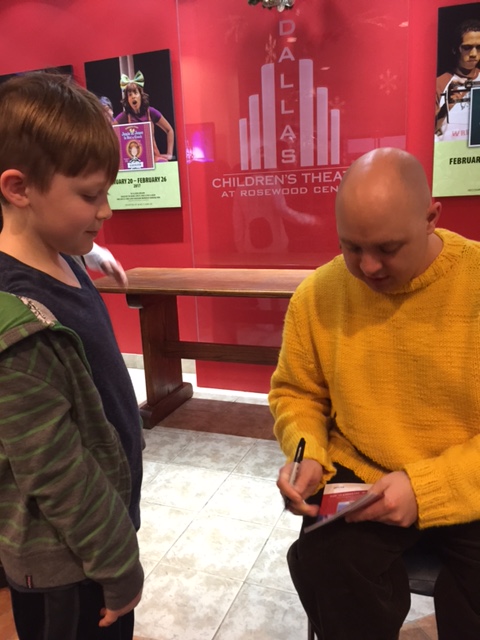 meet him in person. It was the best day we could imagine.  From nutcrackers to peanuts, our day of mixed nuts was a perfect way to start off our holiday season. We had plenty of time for our two-show day, with no rushing from one to another. In the midst of the hurried holiday season, I encourage everyone to take a day to relax with your family and spend time creating great memories at the theater. Of course, now my sons are expecting me to get the tree up right away, so be forewarned… DCT knows how to create the holiday spirit!

Note:  The tallest Nutcracker a child has ever seen and Santa made a special appearance November 18 – November 27. They will return on Tuesday, December 20 and Wednesday, December 21.  Buy your tickets now! 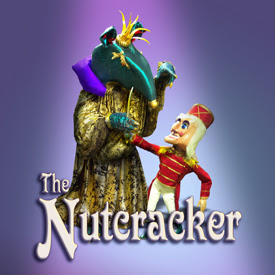 THE NUTCRACKER
Music by Peter Ilyich Tchaikovsky
Adapted for the stage by B. Wolf 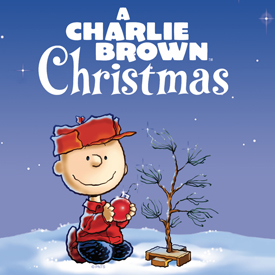 A CHARLIE BROWN CHRISTMAS
by Charles M. Schulz
Based on the television special by Bill Melendez and Lee Mendelson
Stage Adaptation by Eric Schaeffer
By Special Arrangement with Arthur Whitelaw and Ruby Persson

We’re continuing our celebration of the 20th anniversary since the first time Kathy Burks Theatre of Puppetry Arts (KBTPA) performed its acclaimed interpretation of The Nutcracker at DCT. These four incredibly talented artists fondly look back at their favorite Nutcracker memories. 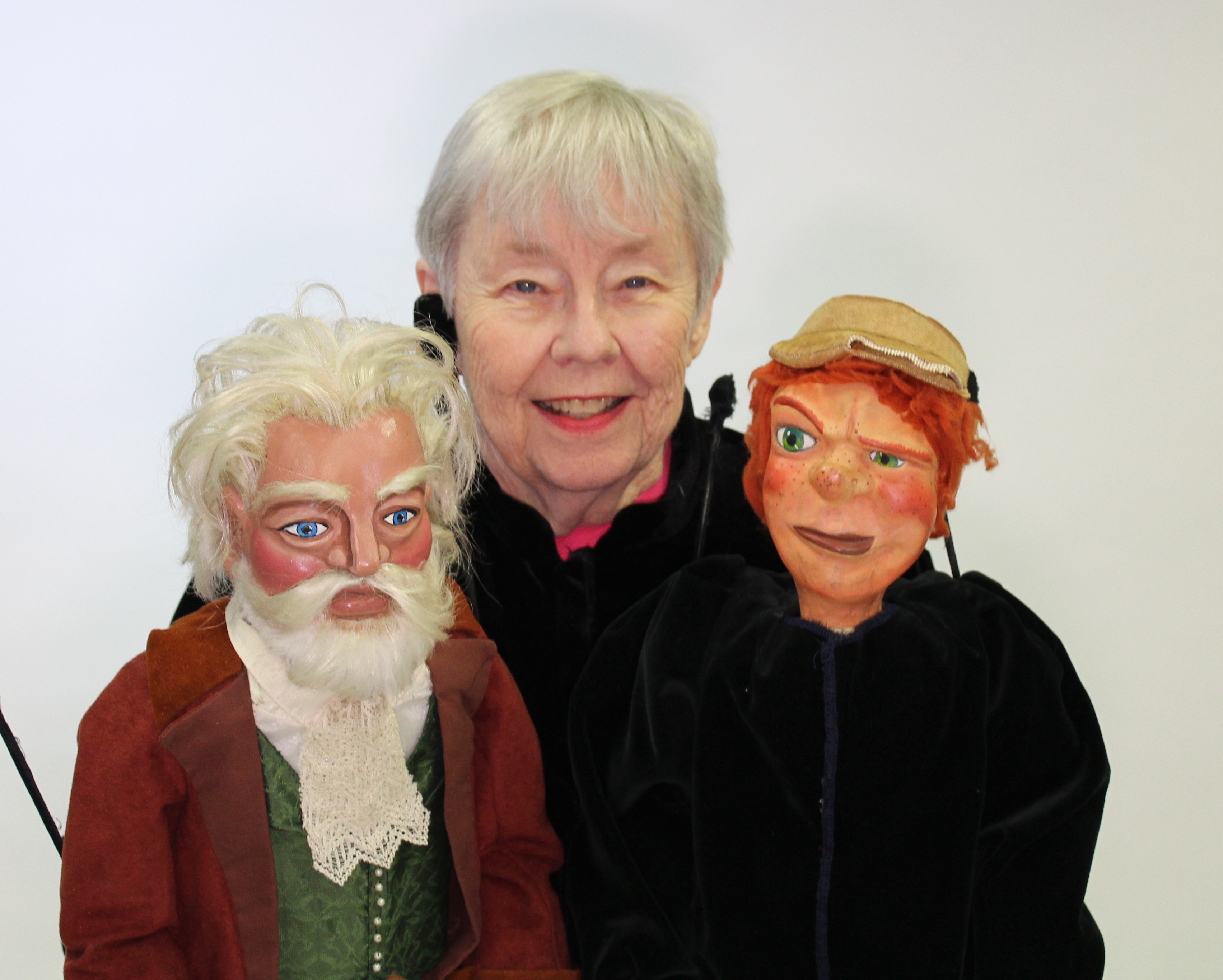 Kathy Burks – with Tchaikovsky and The Little Puppeteer (from THE NUTCRACKER)

What influenced KBTPA’s unique interpretation of The Nutcracker?

“… I really enjoyed working with Bea [Wolf, the playwright and music director] to put THE NUTCRACKER together to be able to remind people who Tchaikovsky was, and still is to all of us. He’s wonderful…We just interpreted the music in a way that might be fun for puppets to do and for those people that are watching it. So it’s a brand new way of hearing the music and interpreting the music and relating it in a slightly different way.” 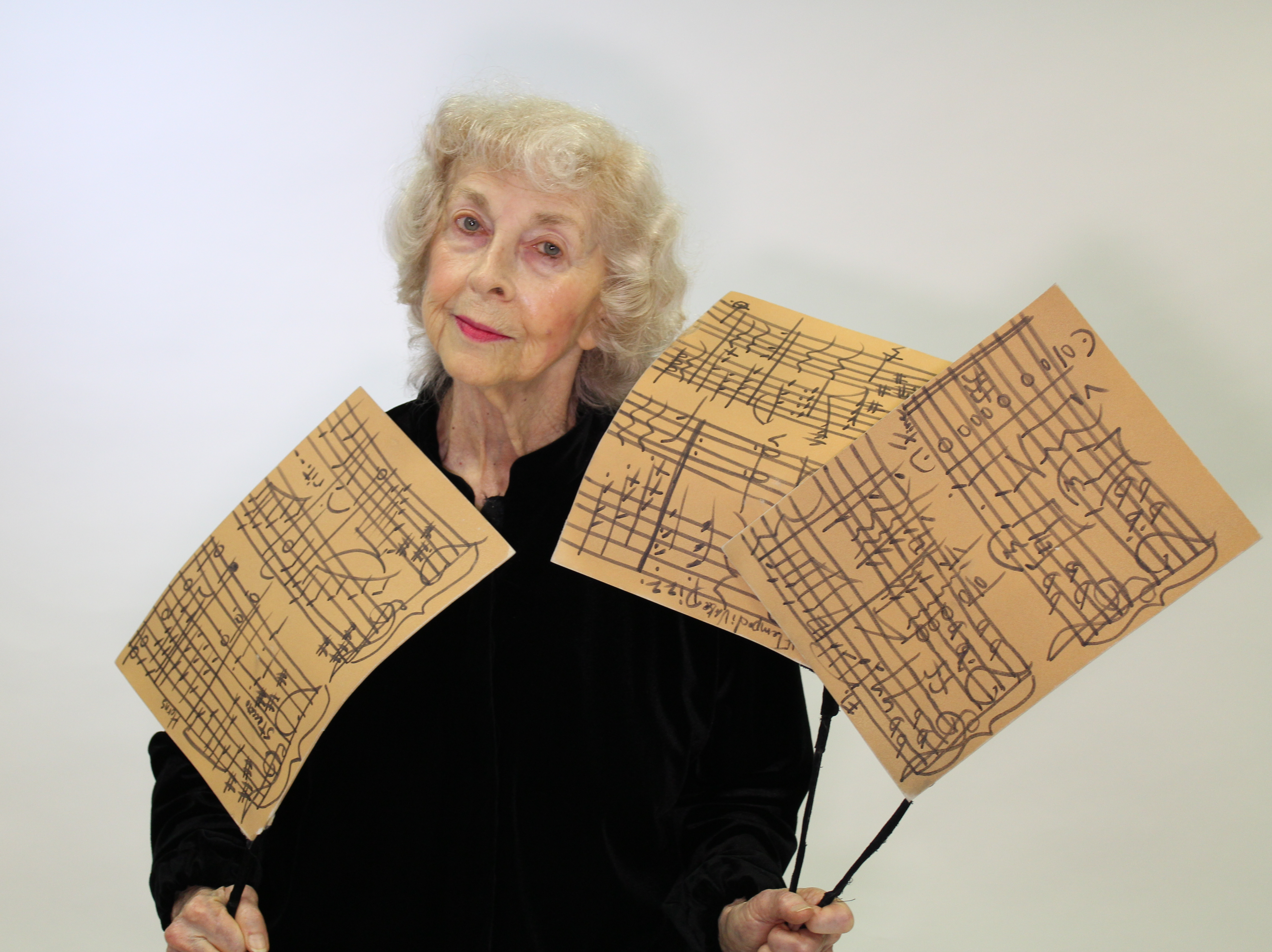 Bea Wolf – with Musical Sheets (from The Nutcracker)

As a musician yourself, what part of the show do you particularly enjoy?

“One thing that stands out is the prologue, which tells about how Tchaikovsky wrote the ballet.  One of our characters, The Little Puppeteer, interrupts and asks “just how long do you intend to speak to Tchaikovsky?” and two of my musician friends who were in the audience just fell out laughing. That was so satisfying to me because musicians especially appreciate that kind of thing.” 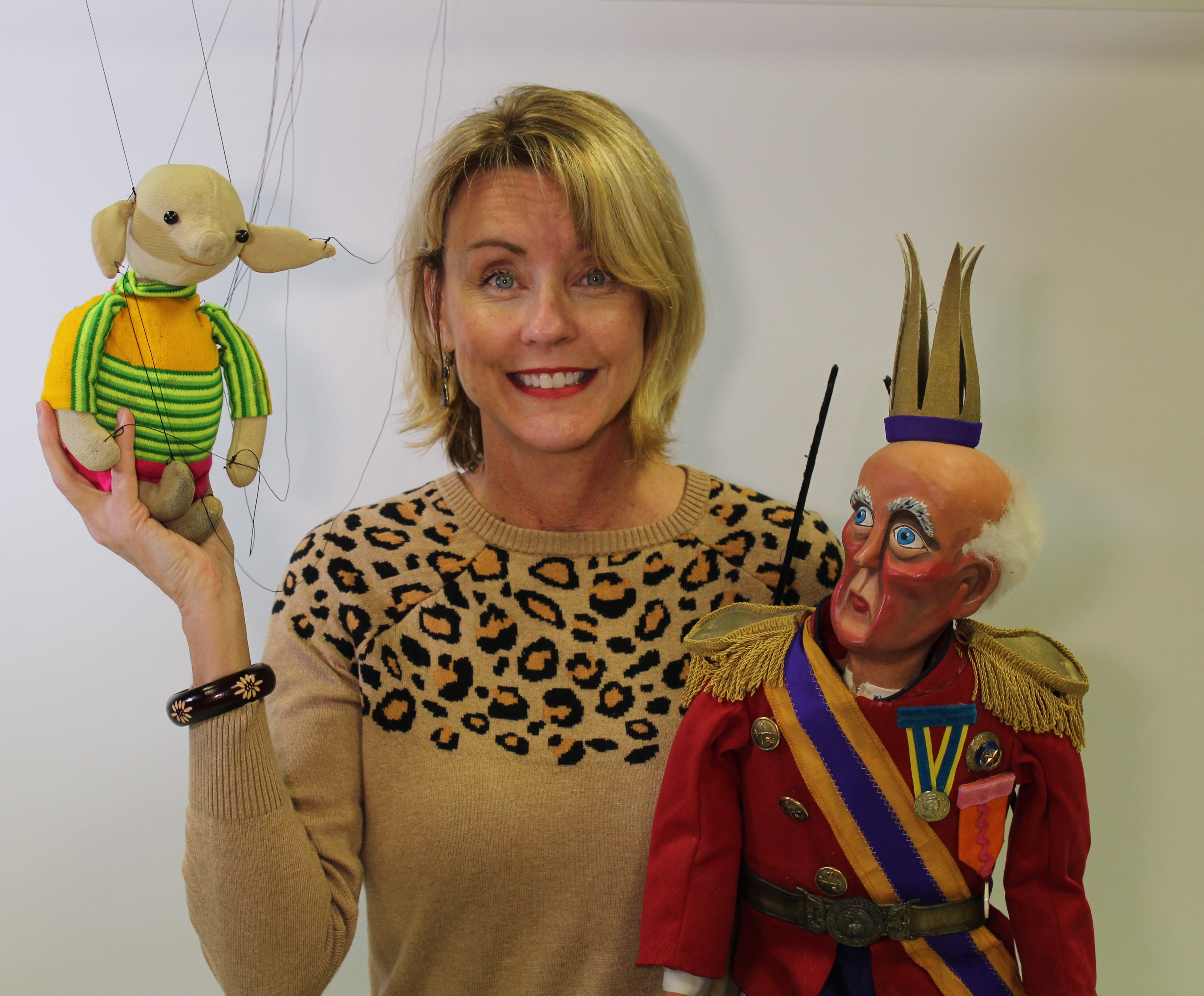 Becky Burks Keenan – with Piglet and King (from THE FROG PRINCE)

What is one of your most memorable audience reactions to the show?

“The funniest reaction I got, and I enjoyed doing it so much, was the poodle’s feet. He starts out very graceful and slow, and then there’s a certain point in the music where he twiddles and he twiddles really fast across the stage. That always gets a big laugh, so I enjoyed doing that part. The kids always talked about the poodle and his feet, so I was able to say, “I did the feet!”” 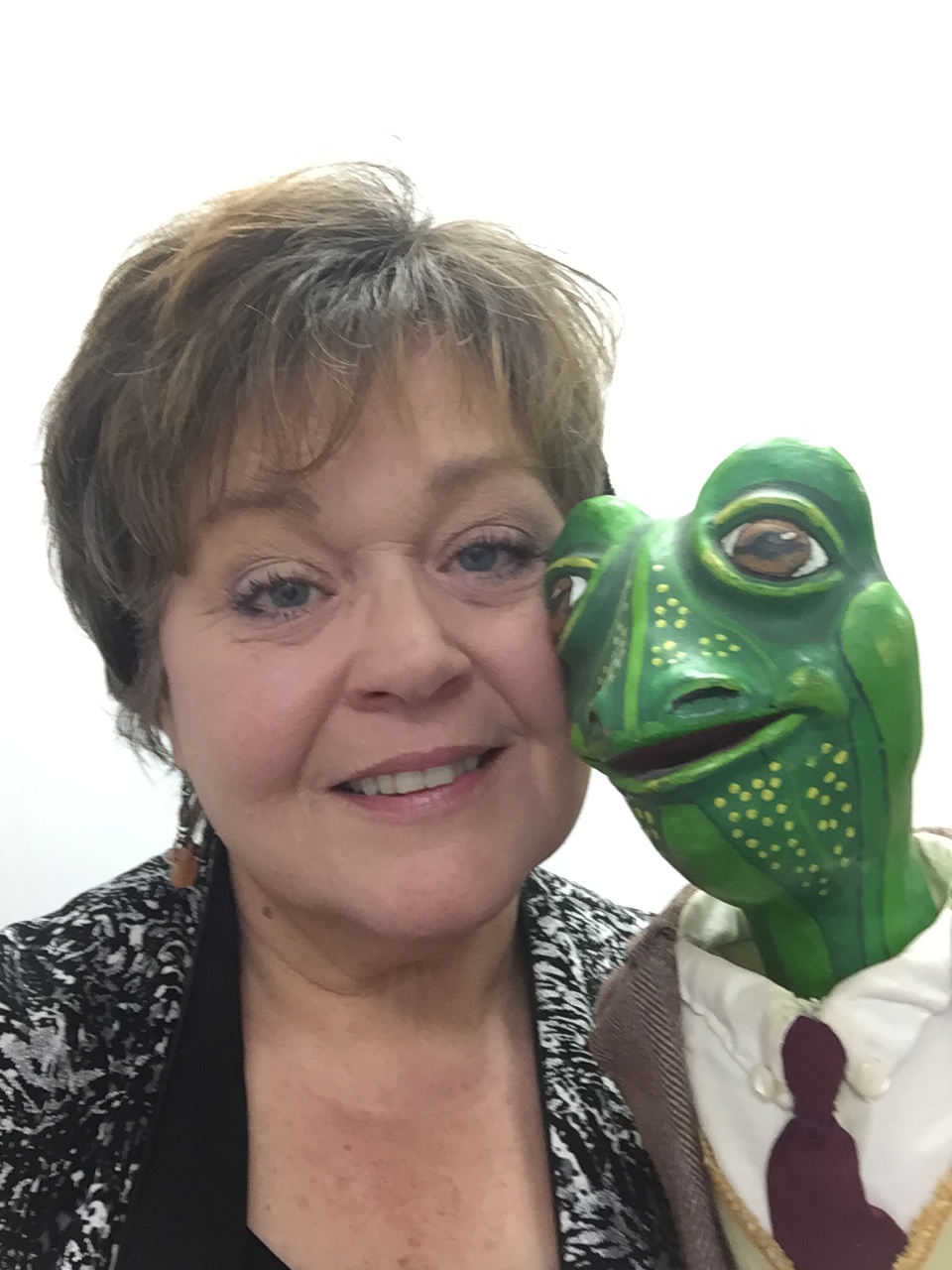 Trish Long – with Frog (from The FROG PRINCE)

What else should audiences know ahead of time before they come see the show?

“The neat thing to me is that we frequently still have so many generations come back, and they meet us in the lobby and they’ll say, “My mother brought me, [and now] I’m bringing my daughter.” Or the grandmother will be there. The grandmother will say, “I brought my daughter. Now she’s bringing her daughter, my granddaughter.” That’s the really neat part of it, people should be prepared to make it a family tradition.” 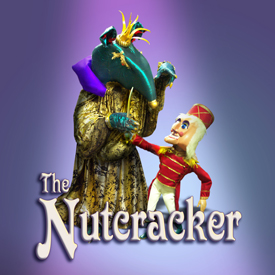 This holiday season, we’re proudly celebrating the 20th anniversary of the first time Kathy Burks Theatre of Puppetry Arts (KBTPA) performed its acclaimed, unique interpretation of The Nutcracker at DCT. Meet the puppeteers who magically transform the Studio Theater into the Land of the Sweets with incredible skill and artistry. 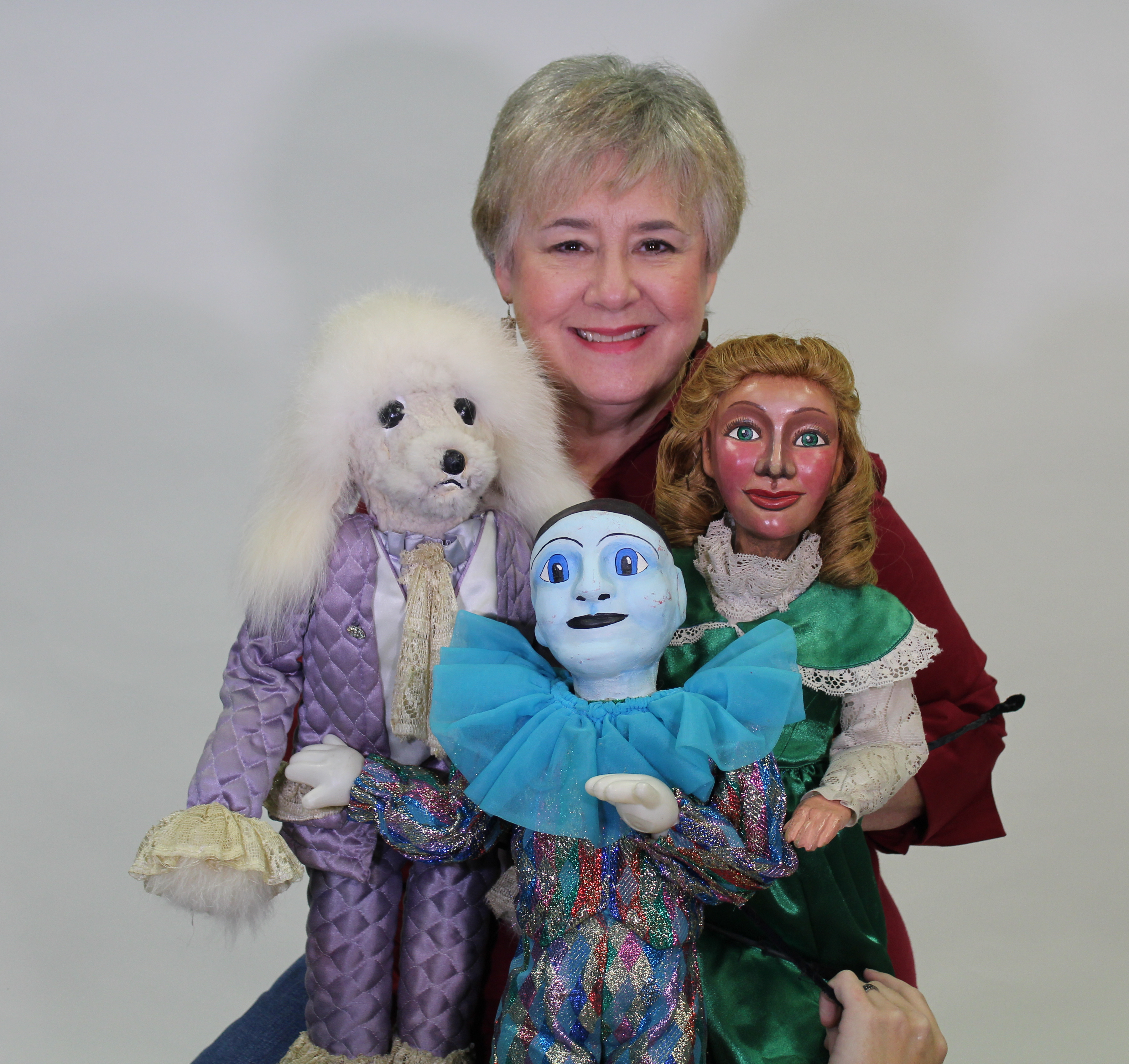 Sally Fiorello – with Medoro the dancing poodle, Harlequin, and Clara

What are some of your favorite memories of KBTPA’s THE NUTCRACKER over the past 20 years?

“There are young people who saw this show when we first did it…and they have continued to come back with their families to see it year after year… And I have watched them grow, and I have watched them come up and say how much they loved the show and they look forward to seeing it every time we do it. And now…they want to introduce the Nutcracker that we do to their kids. And whenever that happens, I’m always reminded of how special it is.” 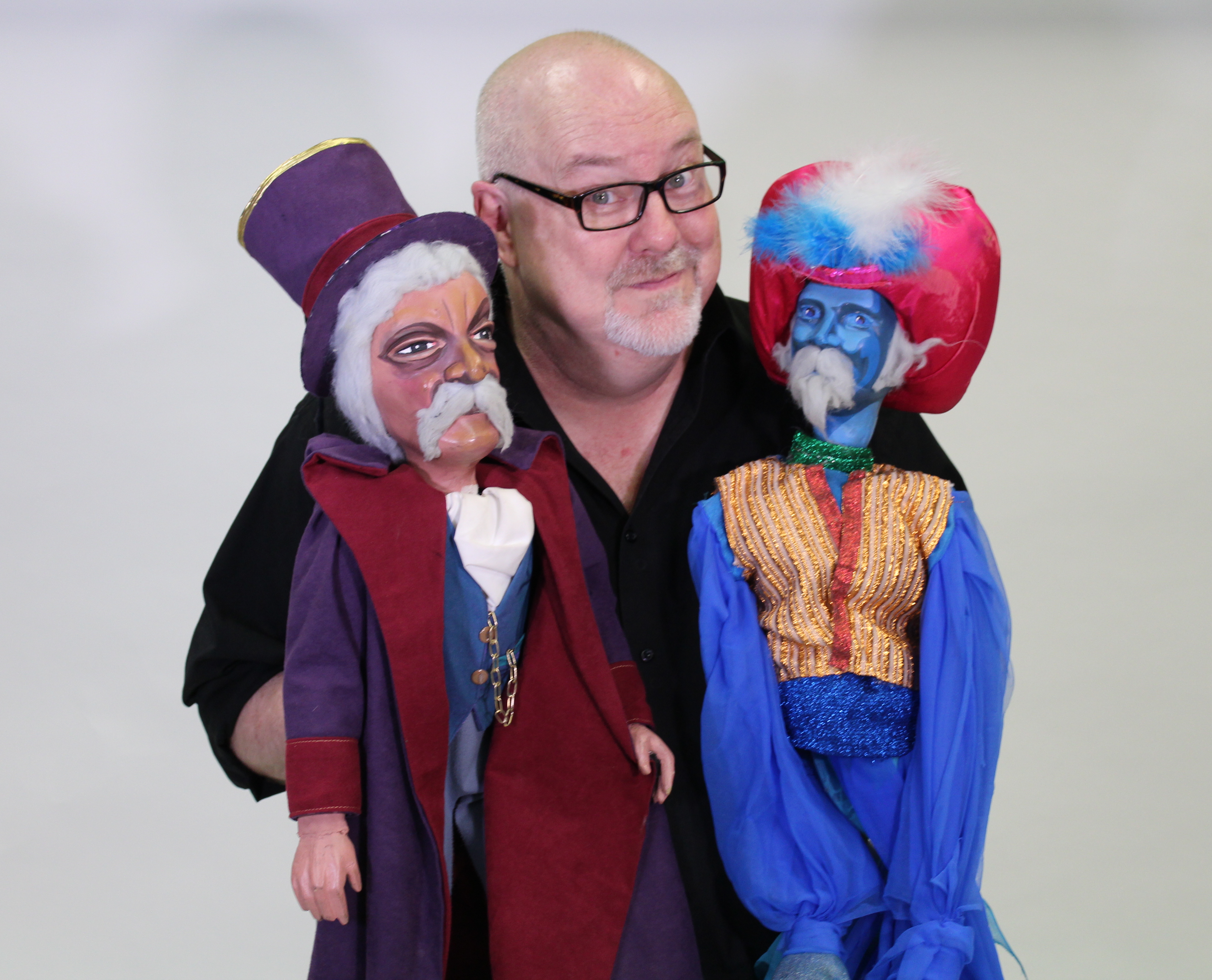 What audience reactions stand out to you?

“What I remember about the audience is mostly just the wonder and the awe of it all, especially in the second half of the show when we go to the Land of the Sweets and all that music, all that familiar music, and just to hear their reactions, especially the big school groups that come in. Just as a whole, they just become one fascinated body of people all reacting simultaneously; that’s a really rewarding thing to hear.” 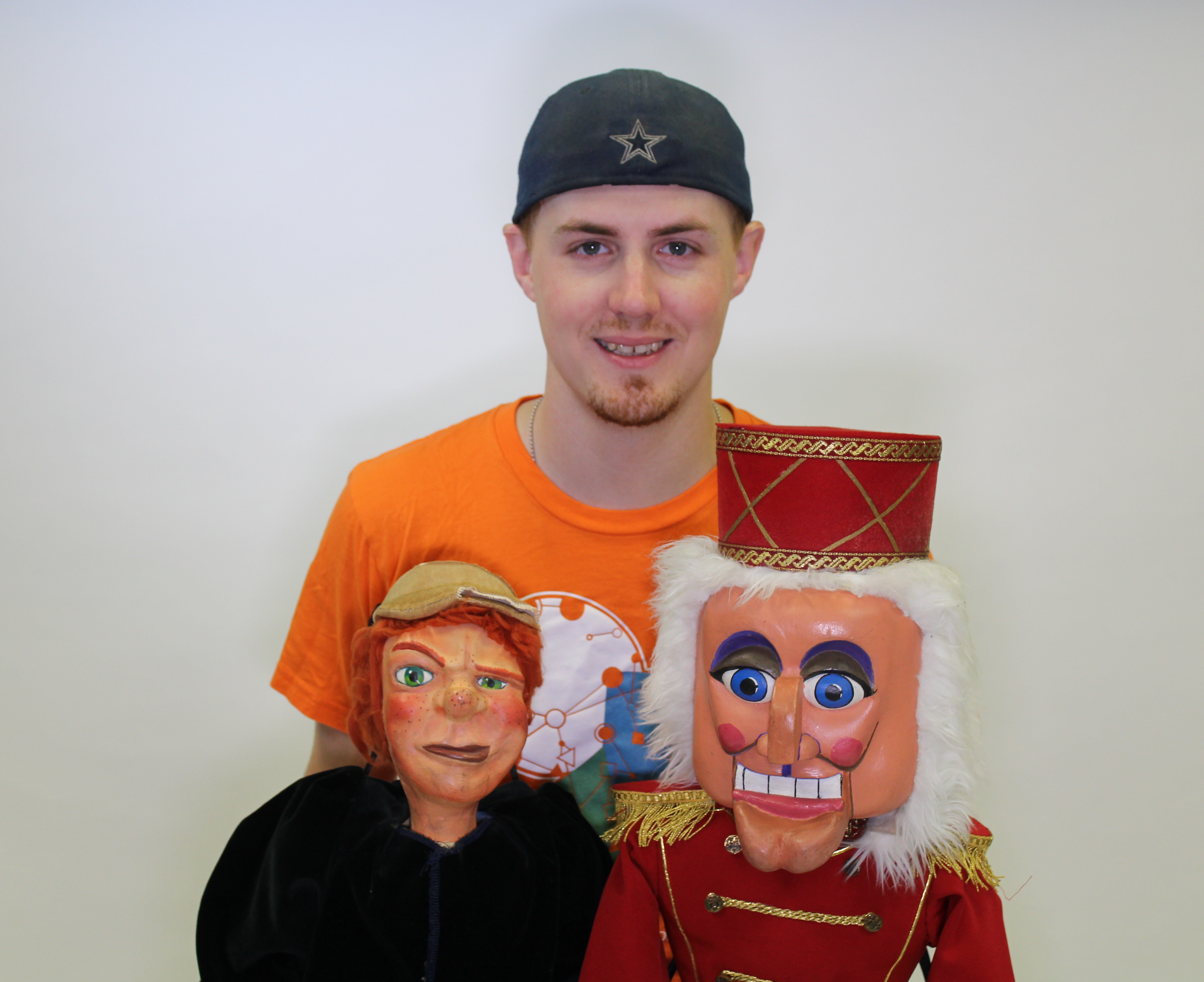 What do you most look forward to in performing the show again this year?

“We all at least to some extent have seen the ballet or seen parts of the ballet or we know the music because we hear it so much during the holiday season. It’s just ingrained in the back of our heads that when you hear this song, you have an image. And the image is changed with this [show], to a certain extent…It’s so well done, and just different. And to get to do the whole thing is pretty exciting.”