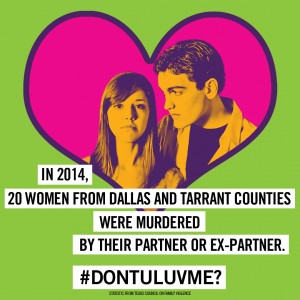 DCT’s Teen Scene Players are tackling a difficult play with Linda Daugherty’s dont u luv me? It is a hard play to digest whether or not you’ve been affected by 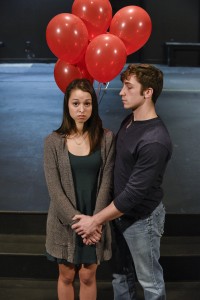 domestic violence. It is approached in a very realistic manner from the first flirtation to a life-threatening assault. We’ve created this play in hopes that it is a part of the overall community solution to keeping a young woman or young man from being a statistic the next time Texas counts victims. We’ve created the play so parents or friends of someone in a dangerous relationship will be motivated to have that uncomfortable encounter that could help save a life. We’ve created the play so that a grown child who may have witnessed a violent encounter will know they are not alone and their pain can be helped.

Of course producing a play cannot solve every issue, but theater is a powerful medium. It provides a non-threatening, yet in-your-face way, to look at tough topics. It provides a way to call attention to the world around us, right here in our neighborhood. Our hope is that teens, young adults, old adults, parents, grandparents, all of our neighbors will see this show and talk about it to anyone they trust.

On opening night, Dallas City Council Member Tiffinni Young will speak briefly before the show about the City of Dallas’ focus on reducing its abnormally high rate of domestic abuse. Each performance of dont u luv me? will be immediately followed by a post-show discussion from a team of experts who will be available to meet with audience members that might have questions. dont u luv me? runs from February 12-21 in DCT’s Studio Theater. Seating is limited, and tickets are only $14. The play is only suitable for ages 13 and up. Please come, and bring those you love. 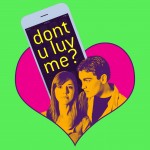 Tickets and more information at www.dct.org